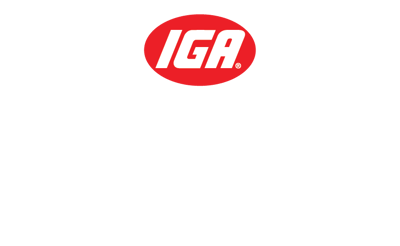 The last two years have delivered more profits for independent grocers than ever before, yet have also strengthened existing challenges even as new ones have emerged, such as:

This is tailor made for all independent retailers—IGA members or not—to overcome these challenges and embrace opportunities to differentiate and succeed.

To open the 2021 IGA Global Rally, IGA CEO John Ross visited Geissler's Supermarket IGA's Somers, Connecticut and chatted with International Retailer of the Year and Geissler's President and CEO Bob Rybick about what sets the seven-store chain apart from other stores, including national chains.

Rybick is the fourth generation to run the store, which he does with his brother and four cousins. Founded in 1923 by his great grandfather A.F. Geissler, the small general store expanded to multiple locations under Geissler's daughter and son-in-law, and later his grandsons. Rybick says they became an IGA member about 20 years ago, first because of the private label brand, but now take advantage of IGA's programs that help them compete with other chains.

Watch the session to hear Rybick talk about Geissler's history and how they're using programs like IGA's digital circular and Local Equals Fresh branding and signage to differentiate.

With shoppers craving local produce, meats, and goods, independents have an opportunity to differentiate—not just by carrying local goods, but by sharing with shoppers where the goods come from and the stories of their growers and makers. Watch this in-store session from Geissler's Supermarket IGA and hear from IGA International Retailer of the Year Bob Rybick about best practices on incorporating the Local Equals Fresh branding throughout your stores.
Sponsored by Idahoan

Keynote: Challenges & Opportunities for Independent Grocers in COVID & Beyond 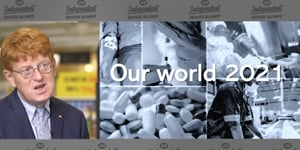 What lasting impact will the pandemic have on independent retailers' businesses and the next generation of shoppers? How can we earn and keep the sales we’ve gained? IGA CEO John Ross addresses the challenges and opportunities for independent grocers now and post-COVID, while sharing the strategy IGA has developed to drive sales and educate retailers on new shopper trends. 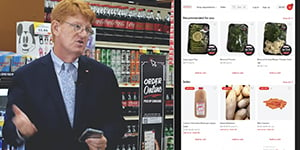 See first hand the value eCommerce has delivered to Geissler's shoppers during the pandemic and now, and how it has helped their stores compete with nearby national chains. Learn how it works, from picking to the delivery process, and how other retailers can get shoppers engaged in using eCommerce programs, like those available through your wholesaler or IGA.

How to Save Money with Market Analysis 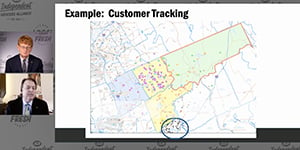 Grocery store owners used to live and breathe by their weekly print ad, but times have changed. While there may still be a place for print, retailers must assess the effectiveness of all their media investments. In this session, learn how IGA's Market Analysis delivers an accessible analysis that illustrates where money is being wasted and where retailers can invest in more effective and efficient advertising—therefore saving money—while attracting more shoppers to stores, whether in person or online.

A Minute with Bozzuto's: Supply Issues 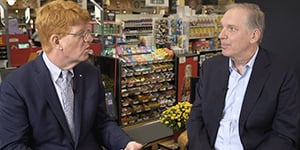 With supply issues impacting everything from prices to stock, shoppers and retailers are stressed. What's a retailer to do? Bozzuto's Executive Vice President George Motel provides a glimpse into how wholesalers have been impacted and how they have been working with their retailers throughout the pandemic. 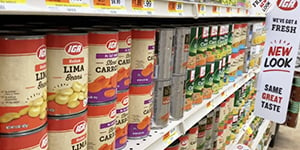 As private label sales grew during the pandemic, so did shopper loyalty to specific private brands. That's why IGA's Exclusive Brand products, which recently underwent a packaging makeover to highlight the quality, healthy ingredients inside, are so important to the IGA brand and our stores. Facing stiff competition from national brands, our double-your-money-back guarantee coupled with proven shopper preference for the products helps the brand stand out and retain shopper loyalty. Watch the session for a retailer interview and see the new labels and in-store signage promoting the guarantee.