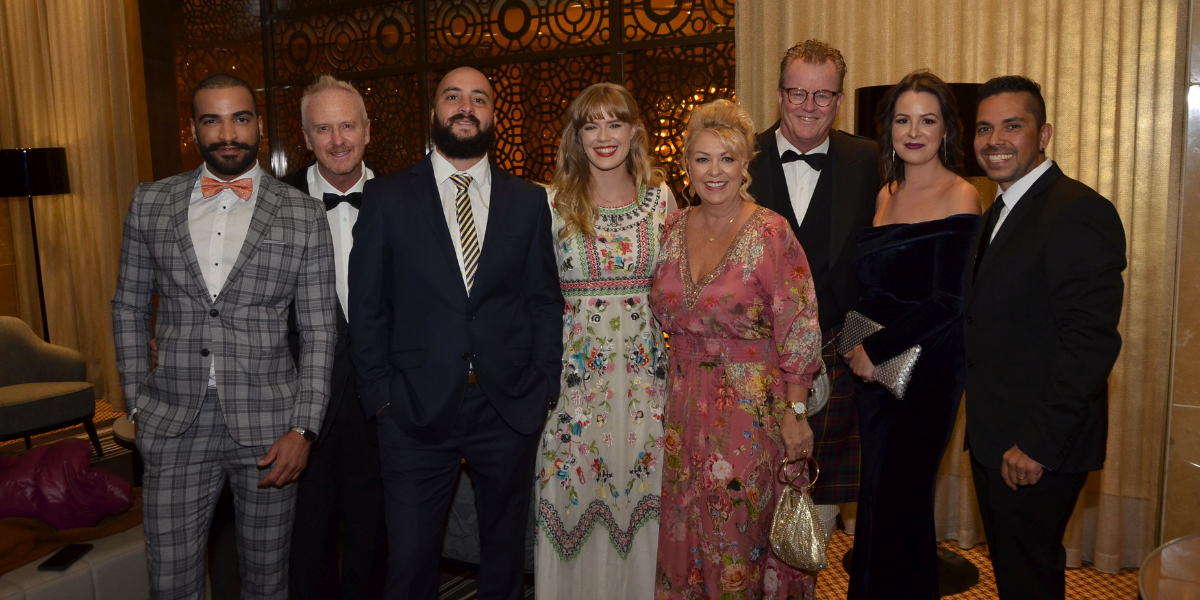 Ritchies Supermarkets has impacted a lot of lives over the course of their 150 year history. They have employed 28,385 people, with over 5,500 current employees. They serve over 100,000 people a day across their 78 stores. And they have raised over $51 million for schools, clubs, and charities across Australia. So when the Australian independent grocery chain turned 150 years old, it was time to celebrate with a 'night of nights' gala!

"We were very lucky to squeeze in our 150th birthday celebration at Crown Palladium a couple of weeks ago, says Ritches Supermarkets CEO Fred Harrison about the gala they hosted on May 15, 2021. "We had more than 1,000 people attend and it was an absolutely fabulous evening."

Ritchies Supermarkets CEO Fred Harrison speaks at the May 15 gala.

While the celebration was delayed due to COVID-19, everyone was thrilled to gather safely on May 15. “Well over a year late, but well worth the wait," Harrison says.

The 'night of nights' was hosted by IGA Australia Ambassador Shane Jacobsen and included special guests the Lord Mayor of Melbourne Sally Capp, the Honorable Edward O'Donohue MP, Ritchies Directors Mal and James Cameron, and many members of the Ritchies team, including suppliers, business partners, and industry peers. IGA Chairman Mark Batenic also joined the festivities via a remote video address, sharing his congratulations and celebrating the Ritchies' team's achievements in the independent grocery industry.

Having donated over $51 million dollars to charitable organizations, Ritchies leads the industry in regular local funding and community support. Those beneficiaries—including Guide Dogs Australia, Breast Cancer Network Australia, Love Your Sister, and Salvation Army—offered messages of gratitude during the event via video.

That community support is in the founding DNA of Ritchies, which was detailed through a 20-minute performance. "The star of the show was undoubtedly Thomas Ritchie," Harrison says about Matt Keating's portrayal of Ritchies' founder. During his performance, attendees learned the history of Ritchie himself and the business. After surviving the 1851 Isabella Watson shipwreck on his migration to Australia from London, Ritchie suffered the loss of four children in a house fire in 1863. Because of the support from his community, Ritchie and his wife were able to rebuild their lives, having more children and founding the first Ritchies store.

“When Thomas Ritchie established the first Ritchies grocery store in Frankston in 1870, I don’t think he ever could have anticipated the business growing into one of the longest running in Australia, predating the founding of one of the big players, Coles by almost 50 years,” says Harrison. “It’s an extraordinary feat, and one I credit to our commitment in fostering a loyal community of both staff and customers alike, made possible through our unwavering dedication and passion.”

In addition to learning of Thomas Ritchie's story, attendees were treated to an opera performance by Pot Pourri, a magic and illusion performance from Consentino, and live music from Australian rock legend Adam Thompson and his band. The celebration was a well-earned and welcome return to fun after a slight pandemic-related delay, with attendees enjoying the entertainment and company while honoring the business' long history and the team that will continue the Ritchie legacy.

An opera performance from Pot Pourri during the Ritchies gala.