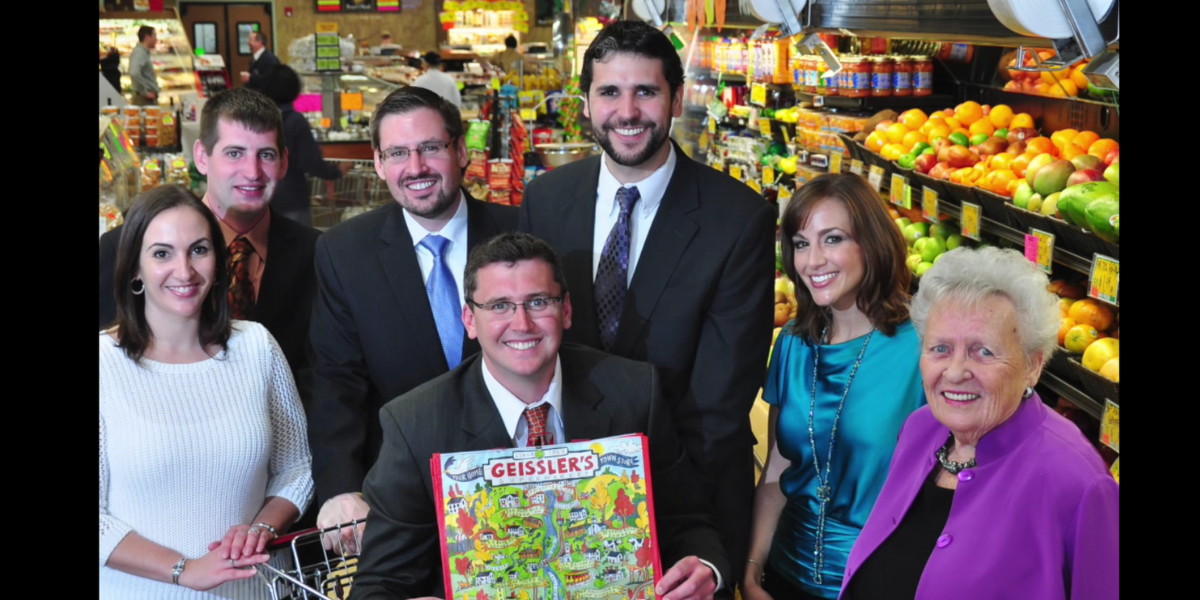 A Tribute to Mary Geissler Nilsson

An independent grocery store run by the fourth generation is a rare thing in today's day and age. It takes a strong leader in the family to inspire and encourage children and grandchildren to continue the family and brand's legacy. Mary Geissler Nilsson was that leader for the greater Nilsson family—which includes Mary's son Dan and her grandchildren Jaclyn Croteau, Jennifer Blanchard, Eric and Ryan Nilsson, and Bob and Andrew Rybick—who now run Geissler's Supermarkets nearly 100 years after her father founded the company.

It started when A.F. Geissler opened the first Geissler’s Supermarket in 1923, delivering groceries to the small village of Broad Brook in East Windsor, Connecticut. Eight years later, his daughter Mary was born.

Mary grew up in the family business, riding with her father to pick up grocery orders and delivering them the next day. She took over the family business with her husband, Jim Nilsson Sr., and became the matriarch of Geissler's Supermarkets, expanding the business into a multi-store independent chain. 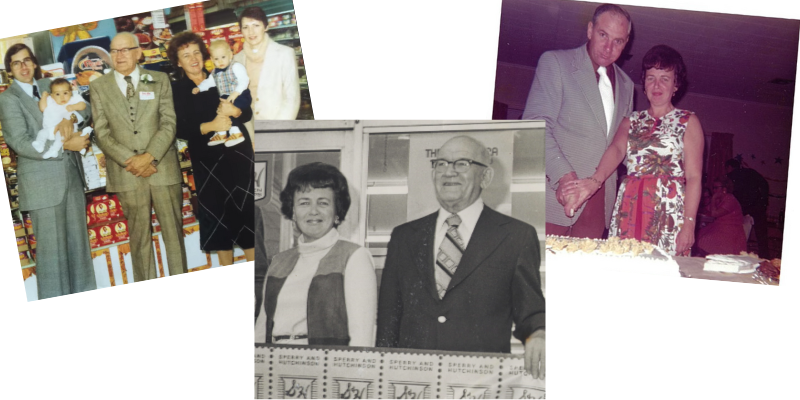 As a female in the supermarket industry, Mary championed women to take on leadership positions traditionally held by men. “She wanted to see women in the industry succeed, and encouraged taking on department manager and store manager roles,” says Bob Rybick, Mary's grandson and current president of Geissler's Supermarkets.

“I’ll never forget a story our longtime accountant, Judy, shared,” Rybick says. “Judy worked on our account in the late 70s when she was still in school, and begged the partner at the accounting firm to attend our financial meeting. This was at a time when things were more chauvinistic. They said, ‘You can go as long as the client is okay with you being there.’ When Judy entered the room, my grandmother was so excited that they had brought a woman in because the grocery and accounting industry was so male dominated at that time.”

That excitement exemplified her trailblazing spirit, and the support she continued to show toward other women in the industry ensured the business remain dedicated to equality.

After her husband Jim died in 1995, Mary took a step back from the business, passing it on to her children and eventually her grandchildren, who now operate the stores in seven locations throughout the Northeast.

"She was always proud of her four children who helped expand and grow Geissler's Supermarkets, and equally proud of the fourth generation for continuing the legacy of quality fresh foods," says Rybick.

She remained the face of the business, spending time in the stores and keeping up the camaraderie of the community. "Many of our customers and employees knew her by name and would share kind words with her when they saw her shopping in our stores,” Rybick says. “Through the day she passed, she kept her finger on the pulse of the business.”

Sadly, on Saturday, January 16, 2021, Mary Nilsson died at age 89. The IGA family lost a true trailblazer of independent retailers. All of us at IGA send our condolences to the Nilsson family and Geissler's shoppers, who will miss the “quiet but strong” Mary dearly. 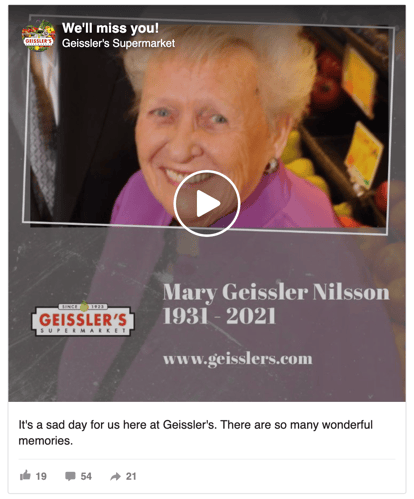