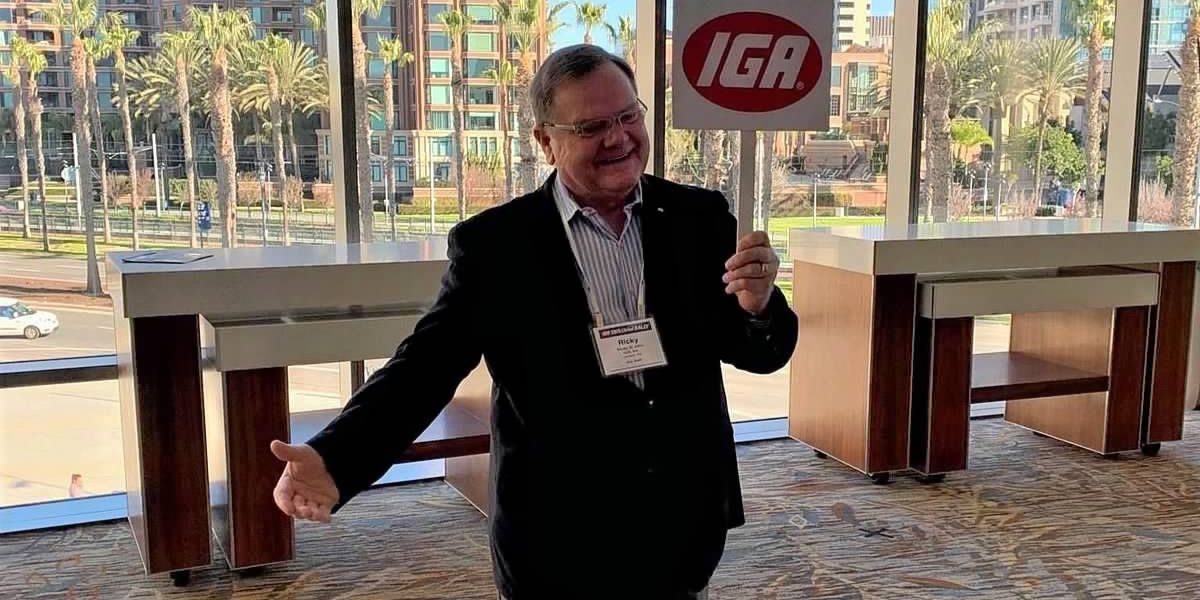 A Tribute To Ricky St. John

As part of the Independent Grocers Alliance, retailers, wholesalers, and others throughout the grocery industry often form familial bonds that last generations. No one demonstrated that better than Ricky St. John. From 2000 through his retirement in 2020, Ricky's official title was area director, but everyone who knew him called him a friend.

On June 22, 2022, we all lost a friend when Ricky passed away due complications from lung and brain cancer.

"Ricky truly believed in what IGA is all about. He was patient, understanding, and supportive. He wanted the IGA retailers to win and the company to do great. He was unassuming and unpretentious, and as a consequence, beloved by all who knew him," IGA CEO John Ross said. "And in the spirit of great IGA associates, Ricky was willing to do whatever it took to help while never complaining. In fact, he was always upbeat, excited, positive. It made being around Ricky so fun. And inspiring."

Ricky was born into the food industry, growing up on a farm in Lee County, Arkansas. After school, he spent 30 years with Malone and Hyde, a wholesaler (later bought by Fleming), and the last 20 years of his career with IGA. Throughout it all, Ricky brought joy to colleagues on a scale rarely seen in business.

"Ricky was a wonderful gentlemen, associate, and friend to so many," IGA Senior Vice President of Retail & Business Development Doug Fritsch said. "In everything we did or tried to do to grow the IGA Brand, be it launching a new program or bringing on a new retailer, Ricky was always right there, doing his best to make it happen. Always patient, even-tempered, thoughtful, and resilient. His goal was always to make the next person's job just a little bit easier. His caring attitude and desire to help other people succeed was a perfect fit for the industry and a brand he served so well."

Throughout his life, Ricky stayed close to his roots, continuing the family farm with his sister Mary Jane after their parents passed. He enjoyed walking the cotton fields with her, reminiscing of their childhoods filled with love. He brought that love to his cherished wife Cindy; his children Sherry, Kim, and John; his sons- and daughter-in-law Jeff, Chris, and Lauren; and his grandchildren Ashleigh, Lauren, Kennedy, Avery, Willet, and Stella.

How You Can Make Your Store More Sustainable