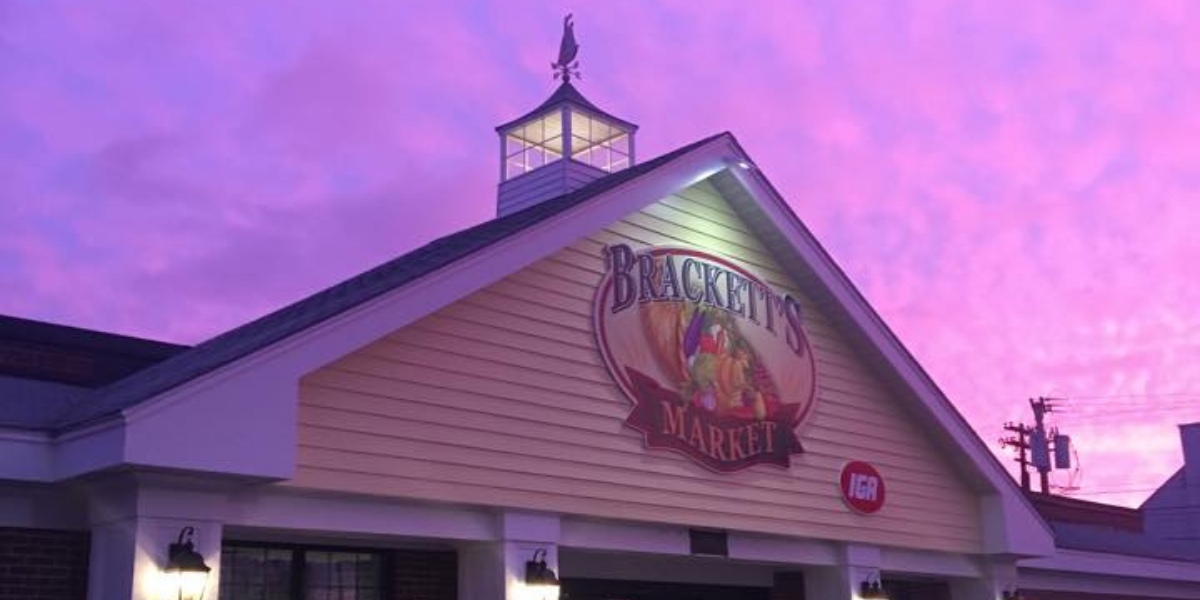 Historic downtown Bath, a small, coastal community in Maine, is a mix of shops, restaurants, and services housed in classic 19th century American brick buildings on narrow streets constructed during a time when life moved at a slower pace. Near the end of the 20th century, the heart of downtown Bath joined a national Main Street renewal movement to preserve and promote historic areas and their merchants, which included Brackett’s Market IGA, a store celebrating 25 years of business serving the Bath community.

Store Co-owner Kim Brackett developed a fondness for Maine as a young child hailing from New England, and continued to visit extended family in the area after moving to Georgia as a teenager. During her college years, Kim entered the grocery business and climbed the ranks to floor supervisor with Kroger. It was around this time that she met Georgia-native Steve Brackett, who was working as a store manager for a large Kroger location. After a few years of marriage and a couple kids, Steve Brackett won two first-class plane tickets to Vegas that the family repurposed into a trip for four to Maine, where they found themselves captivated by the state’s wilderness, charm, and people. “There was something about Maine that drew us there,” Kim reflected, as she recalled her instinctive reaction: “We need a little grocery store. Let’s call it Brackett’s Market. I could already picture the logo with a cornucopia.”

Before actualizing a Brackett’s horn of plenty, there was plenty of meticulous research conducted into store sizes and configurations over the course of three years. After finding a tiny 5,000 square-foot space in a well-respected commercial stretch of a quaint community, the family sold its Georgia home and loaded two U-Hauls and a pickup truck full of pets before setting out for Maine. Brackett’s Market moved into its first location just four days after the family arrived. Kim added, “We had our young family and we had a list of everything we wanted in our perfect town. We fell in love with Bath, and loved everything about it right down to the Fourth of July parade.”

Brackett’s Market was a leap of faith, and like many small businesses, it had its struggles over the first 4-5 years. Prior to July 1, 1996, the previous business was run by three generations of a beloved local family, but the new ownership consistently showed its dedication to the town and its people. From sponsoring little league to supporting the local church, hard work and giving back to the community are principles to which Brackett’s Market remains steadfastly committed. In the past two years alone, IGA has recognized Brackett’s Market for its Bath Heritage Days sponsorship, as well as its contributions to All Points Maine State Police Canines.

In its fifth year of business, the store expanded and moved to its current building on Front Street, a spatial upgrade of 7,000 square feet. Brackett’s continues to grow and has its own multi-generational family story after recently hiring a high school-aged bagger whose father, mother, and grandmother have all previously worked for the store.

As Kim proudly states, “We are forever grateful being in the community, and how they’ve welcomed us as a family.” Kim Brackett and Steve Brackett continue to exemplify a successful working partnership, running the store together for the past two and half decades. When asked what the Bath community means to her, Kim is excited to be an ambassador for the city as a grocer to locals and tourists alike, adding, “I get to brag about how I moved here!” More than even walking in the annual Independence Day parade, Kim Brackett delights in sitting on her front porch and hearing the concerts at the white gazebo in the park across the way.

Maine hasn’t been the only source of inspiration for Kim Brackett, crediting her first boss in Georgia with giving her the opportunity to work in a grocery store as one of 300 people who applied for just 20 job openings. Kim’s gratitude is amplified with each new Brackett’s Market hire, as she tells them about the chance that someone took on her, and the difference it made in her life. As Kim put it, “Think about the people in your life who have changed the world, and you just don’t know who you might inspire.”

What has kept Brackett’s Market in business all these years can be attributed to the joy and fulfillment its owners derive from a job well done. Kim is forthright about her career as a grocer and the satisfaction she gets from helping people: “I love my job. I love the people I work with. I love my community.” She is confident Steve is doing what he likes, including the big and little things like calculating time cards by hand. After all, the varied skills required and the relationship-building aspect of operating a grocery store in a small downtown have been critical to the staying power of Brackett’s Market.

Having a hand in the day-to-day operations across all types of responsibilities has been what keeps Kim Brackett proudly engaged in her work: “Sometimes the more successful you get, the further you get from the thing you love. I can bag groceries. I can greet the customers. I can help them find something. I’ve loved helping customers from Day 1.” If glowing Facebook comments are any indication, it seems her customers feel the love. 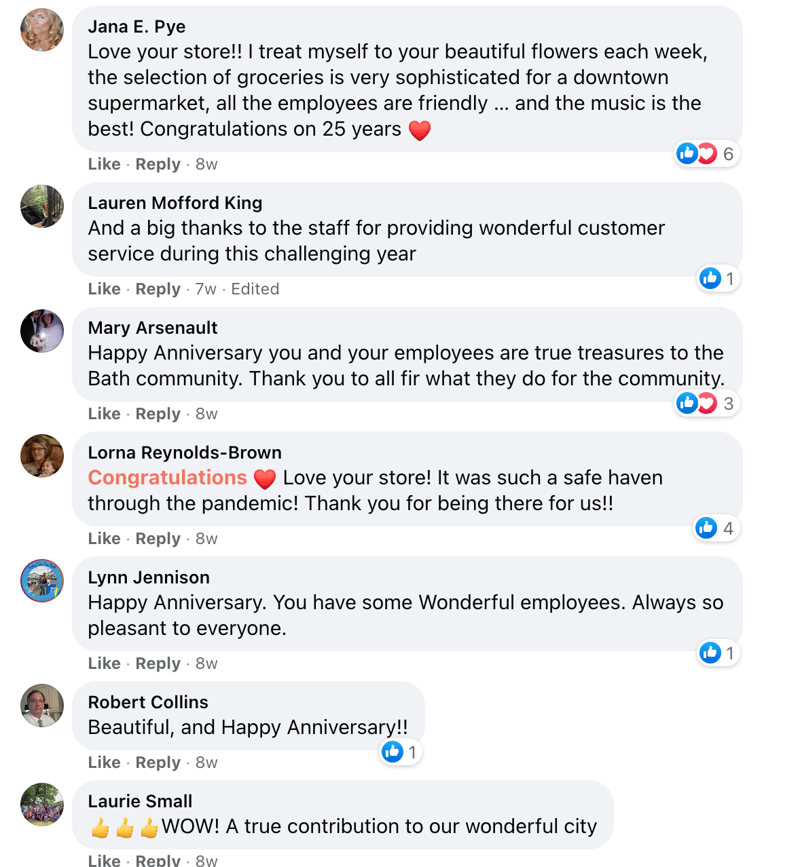