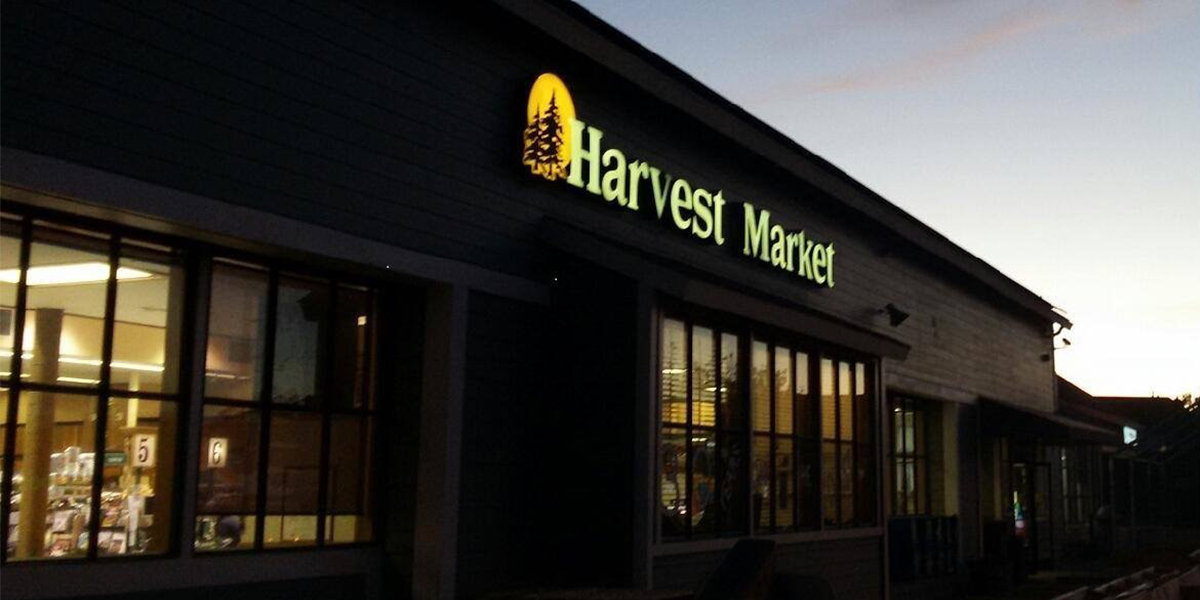 As California residents grapple with another fire season, up to a million businesses and homes have been dealing with a lack of electricity after electric company PG&E cut power in efforts to prevent additional fires sparked by electrical lines and equipment during high winds.

IGA stores across the state—such as Foods Etc. IGA in Clearlake and Young’s Payless IGA stores in Lockeford, Copperopolis, and Pioneer—are charging ahead, keeping the doors open and continuing to serve their communities.

Harvest Market owner Jennifer Bosma didn’t have much time to prepare before power was cut to her stores in Fort Bragg and Mendocino, communities along California’s Mendocino Coast. She got the news at around 6:00 p.m. on Friday that the blackout would start the next day, Saturday, October 26.

“That meant there was no time to prepare or get anything ordered,” she said. What she also didn’t know at the time was that power wouldn’t be restored until the following Thursday morning.

“At first, they said Sunday night or Monday morning,” she said. With generators running at both stores, staff jumped into a busy weekend. Safeway, the other main grocery store in town, was dealing with a broken generator and closed through Monday morning, so Harvest Market was very busy from the start.

Reading through the Facebook feed for Harvest Market, you can get a sense of the chaos, as well as the gratitude residents felt for all the store was doing.

The store struggled to stay on top of must-have staples, such as ice and bottled water, in the midst of one of their busiest weeks of business. “Once a month we do a 10 percent off day in the store, where we sometimes more than triple our normal business. This was like having one of those every day,” Bosma said. Only different, because people weren’t shopping to fill a fridge or a freezer. “People were shopping with smaller baskets, but coming in for their meals. They cleaned us out of every single-serve drink and beer. And the deli would be completely wiped of all food each day—we would have to start over in the morning,” she said last Thursday, after taking a moment to celebrate the power being restored.

To meet her customers’ needs, Bosma started serving a hot breakfast, which they hadn’t done before, but soon were selling close to 200 breakfast sandwiches a day in addition to scrambled eggs, hash browns, even steak, and of course, lots of hot coffee.

“We could barely keep it coming fast enough,” she said. On an average lunch, deli workers might make 50 sandwiches, and this past week they were making more than 400 a day. And the amazing part was, the deli was operating with about the same number of employees. Like their customers, staff were also dealing with the lack of power at home, but stepped up to get their jobs done.

“Our crew has been amazing. They worked many hours, and so hard, coming back early to make coffee and breakfast, and yet showing up with smiles on their faces and compassion for people coming in, who were in the same situation. It was so uplifting,” said Bosma.

As a way to say thank you to her employees for those extra efforts, she rented a room at a local hotel for staff to use the shower when they needed it. “It’s a long time to go without a hot shower,” she said.

Harvest Market staff also stepped up when the Mendocino store’s generator died on Monday, which resulted in a great deal of product loss. While employees were able to move some perishables to the Fort Bragg store, there was a lot that couldn’t be saved. With the Mendocino store closed for a few days, employees there offered to pitch in at the Fort Bragg store. Now both stores are back online, focusing on restocking and getting back to normal.

“This was our first round of this and we learned a lot,” said Bosma. “This community is amazing, resilient, and so supportive of each other. We are proud to be a part of that every day.”

Previous Story
← Reese & Ray's IGA Celebrates Halloween and Harvest
Next Story
Have a Great Manager? Enter to Win in the 2020 IGA Manager Awards! →