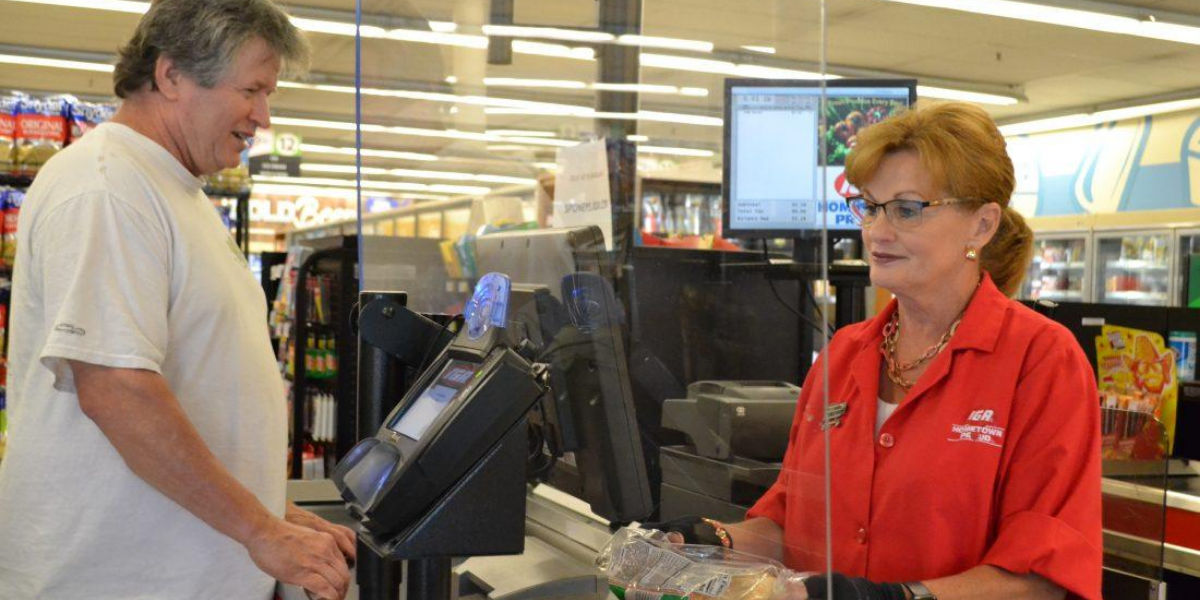 Long before grocery store employees were considered essential workers amid the COVID-19 pandemic, employment with IGA became essential work for two Ohio mothers. Diane Moore and Melody Tucker worked a combined 90 years for Sponey’s IGA, located in Beverly, Ohio. Retiring under current store co-owners Matt and Brian Spindler, Moore and Tucker began their time at Sponey’s in the mid-seventies under the management of Kenny Spindler, one of the original partners who opened the store in 1966.

Moore and Tucker began working for Sponey’s IGA for the same reason: the shifts complemented their schedules as mothers. As one of Beverly’s largest businesses, Sponey’s is centrally located, and close enough to school for each of the mothers to drive her kids to and from school. Moore began in the fall of 1973, while Tucker came in late 1976 at the request of her sister-in-law to help during the Christmas rush. She never left.

During their respective tenures, the women started as cashiers and expanded their roles to include additional responsibilities with Moore in the meat department and Tucker in frozen foods. While the work provided Moore and Tucker with flexibility and income, their contributions as employees far exceeded the duties one might find in a job description. As co-owner Brian Spindler says, “There’s a lost art of customer service in their level of responsibility and care for the business. They loved their jobs and were passionate about their work. They became part of our store—they knew everyone in the community and the community knew them. It’s a special thing.”

Diane Moore and Melody Tucker (left to right) recently retired from Sponey's IGA after a combined 90 years at the store. Photos: Michele Newbanks, The Marietta Times

After departing Sponey’s at the end of June, Moore and Tucker have had the better part of summer to ease into retirement. Not surprisingly, both women have plans to spend lots of time with their extended families according to interviews with The Marietta Times. Moore, who has three grandchildren, looks forward to attending festivals once they finally resume. Tucker, grandmother of five, is less specific, but jokes that she’ll do anything she wants.

With a population of less than 2,000 people, the one-square mile of Beverly calls itself “a small community with a big heart.” Like the IGA grocery store at the center of town, people lie at the heart of the Sponey’s community. Whether it’s employees or customers, Moore and Tucker agree that interacting with the people of Sponey’s IGA has been the best part of the job. Throughout the years, these women have been present for multiple store renovations and Spindlers at-the-helm, but like anyone who has worked the register of a local grocer knows, there will always be those daily customers coming in like clockwork to help balance the pace of change.