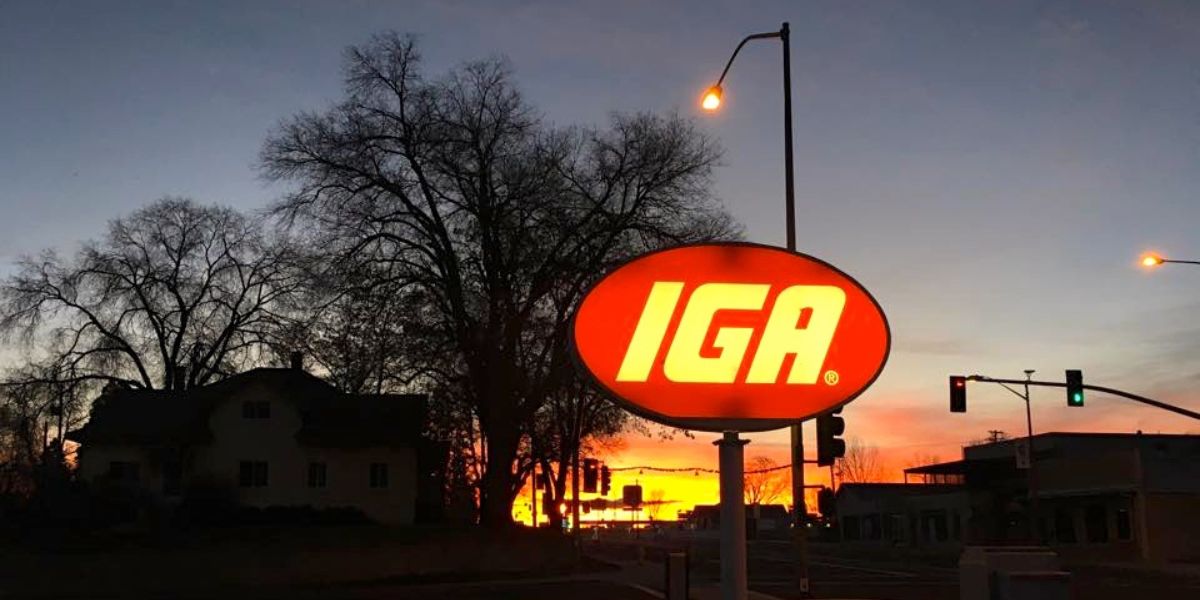 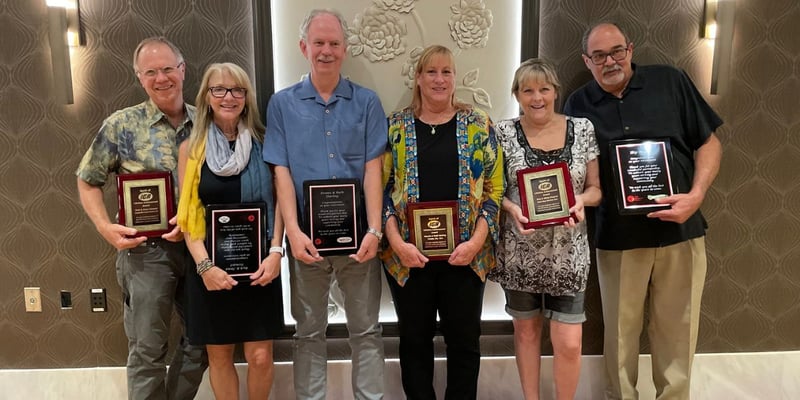 At the recent C&S Wholesale banquet, three retiring groups of IGA retailers received Lifetime Achievement Awards to honor their dedication to their communities and the industry. We spoke with each group of store owners about how they ended up in the grocery industry, why they became an Independent Grocers Alliance (IGA) member, and about their greatest moments as retailers.

Dennis and Ruth Darling have been in the grocery business a long time. At 16 years old, Dennis was bagging groceries for Shop N'' Save markets out of Chico, California. Ruth started working for Shop N' Save at 20 years old. They met when Ruth was shopping in the store in 1971 and have been together for 51 years, married for 48 years.

The Darlings purchased their first store in 1983, their second in 1993, and their current store in 1998. When named Retailer of the Year in 2003, Dennis spoke of the benefit of being an IGA retailer: "With IGA, we have the resources we need to do a great job at retail, and the freedom we need to connect and give back on the local level."

Luckily for the community and shoppers, the Darlings' impact will continue after their retirement. Their daughter and her husband are taking the store over (Dennis says they have been working on succession for about 10 years), and Dennis will continue serving the industry for the next year as the chair of the California Grocers Association.

Q&A with Dennis and Ruth Darling

Why was it important to you to remain an independent grocer instead of joining a chain?

Dr. Haggai said it best: "We are the community center." As an independent, serving our friends and neighbors is at a level that is impossible in a corporate environment. In the chain environment, profit is about money, while an independent profit is about helping people, making your community a better place to live and providing a family atmosphere for your employees.

Ruth and I have worked to provide an excellent place for our communities to get high quality, fresh, and nutritious food. To be the community center and to provide fulfilling employment. I think that we have been modestly successful in doing this and are thankful to be part of this important industry.

Why did you join IGA?

IGA has always been an association of like-minded independent grocers coming together to be stronger as a whole than you could be on your own. Much like our commitment to our local communities, belonging to IGA is working to make our business community a better place.

When it comes to operations, one of the most powerful aspects of this brand is the Alliance itself. There is no end to the resources within the IGA family because there is no end to the knowledge and the willingness to help. The suppliers, manufacturers, the retailers, and IGA corporate all work together to make your store successful — you just have to be ready to use those relationships to their fullest extent. For us, that means getting to know our fellow Alliance members and getting in touch with them when an opportunity arises, reading the IGA Minute to learn what’s going on, and going to IGA.com to read about IGA retailer best practices.

What has been your store’s greatest strength?

Our stores' greatest strength have always been our people and how they serve the community. There are many examples of this, but one that comes to mind is the time one of our people noticed that a good customer, who came in the store every day, hadn't been in for several days and she went to the customer's home and found her laying on the floor unable to move. She called 911 and saved that woman's life because of her thoughtful action.

Lake County has been the victim of five major fires in the last few years and after the first one, Ruth helped found a fund through the local Rotary clubs that have raised over $1.5 million dollars, providing relief for the fire victims in our community. Like most IGA stores, these kind of stories are just being part of the community and are happening all the time in many communities across the nation.

Want to know more about Dennis Darling? Watch this video of him from 2019!

Skip Nugent's career with Best Buy Markets started early. At 12 years old, he was sorting bottles in the backroom of the Visalia, California store. When he reached legal age, he started working there full-time and stayed on for 23 years. In 1999, Skip opened his own store in the neighboring town of Hanford, California. Two years later he purchased that Best Buy in Visalia, and three years after that, he purchased the Lemoore, California store.

Skip says remaining an independent was important to him throughout his career. "It was the family feeling. Independents have the ability to do things that might not be possible with chains," he says. "Over the years our three stores have become completely ingrained in the community, and working together we’ve done some wonderful things."

Those include creating the Happy Hearts Foundation, a charity he and wife Misty started to support the local children’s hospital where their daughter spent her last days. "It was my dream to make Happy Hearts a household name in our area, and it’s certainly become that in the three communities we have served," Skip says of the charity that has raised over $1.7 million for the hospital through their fundraising events, which include an annual outdoor festival, golf tournament, motorcycle ride, and car show.

Skip and Misty's journey in the grocery industry is nearing an end as they sold their three locations in 2019, but the former International Retailer of the Year finalist hasn't left the industry completely. Skip is still working part-time with SaveCo, who bought the stores, to help them "stay strong" and succeed after the transition.

Q&A with Skip and Misty Nugent

Why did you join IGA?

When I was approached in 2007 to join the IGA family, it was a no-brainer. We’d been in business for a while by then, and I thought it was time to be a part of something bigger. I wanted a brand that was well-known by shoppers around the country — especially since one of my stores was near a naval base. And I needed the security of a close-knit group that works together to better each other’s operations.

With IGA, I could have it all, and still be who we are. If you ask me what’s in the DNA of our stores, it’s all about treating people right: our employees, customers, and our community. Our mission statement is, "Nothing small about us. Big hearts; Big smiles. Treating our customers right 365 days a year." There was no doubt that we were a great fit for IGA.

What has been your store’s greatest strength or proudest moment?

Being a part of our communities. Fundraising for the Children's Hospital – every one of our three stores was served by that hospital. The community really got behind it.

Some proud moments were being recognized as Business of the Year in two cities, and the support of IGA.

What do you consider your most important contribution to the industry? To the community?

I think an important contribution was local products and us being the first place they went to retail. The community is the family atmosphere we created.

What’s next for you?

After 50 years in the business, it's a slow exit for me. I am working part time just to stay involved in the industry, but I'm ready to spend time with my grandkids and travel.

Want to know more about Skip Nugent? Watch this video of him from 2019! 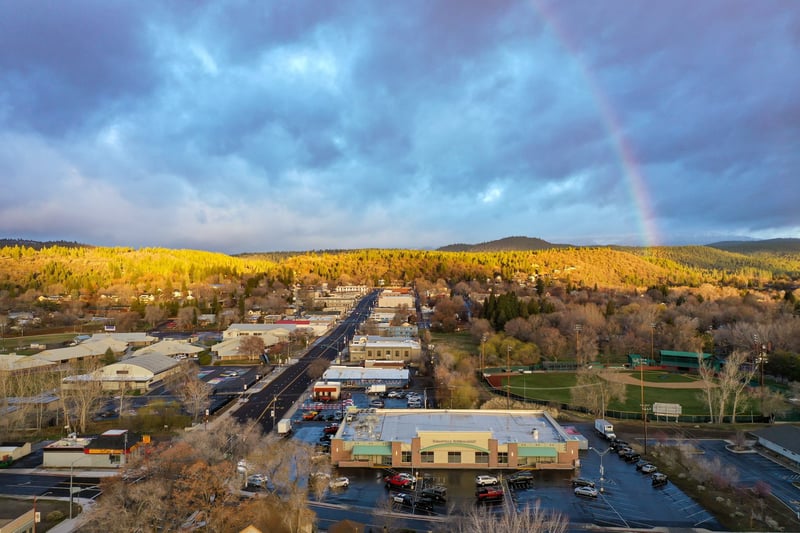 Like many of IGA’s retailers, Rick and Anna Stewart have a long history in the grocery business. Rick started bagging as a sophomore in high school in 1974. Anna started by working for a true mom-and-pop grocery store in Chico, California in 1982.

After college, Rick continued his career working again for a time in the very store he would one day own and then tried his hand on the distribution side as a manager at Fleming. In 1993, Rick and his business partner Dennis Darling purchased the Susanville, California store.

During that time, Rick and Anna helped their grocery store become a centerpiece in their close-knit northern California community. "We have tried to bring integrity and compassion to our business, and hopefully that reflected well on our industry," Rick says.

The Stewarts plan to assist the new owner of Susanville Supermarket IGA in any way they can to ensure the store's continued success, all while enjoying their retirement by "biking, hiking, and exploring this magnificent world we live in," Rick says.

What has been your store’s proudest moment?

Our greatest strength has always been, and remains, our people. We have people that work with us that have been there from Day One.

Being named IGA’s 2009 USA International Retailer of the Year in Sydney, Australia, was a tremendous honor, not only for me, but also for our employees. It affirmed our staff's hard work and commitment to the success of our business and also the fact that we’re meeting our customers’ needs. We were thrilled to find that everyone understood that this was a group effort and that the award belongs as much to our employees as it does to me or my partner. In fact, the city council invited all of our employees to the final meeting of the year and presented them with a proclamation recognizing their achievement.

What does community look like to you and your team?

Community involvement is our biggest continual investment in building a strong image and identity. Our customers know that their IGA is part of the fabric of the community and that we’re going to be involved in any way we can. And that involvement is not limited to financial contributions. My employees and I are involved in a myriad of community organizations ranging from city and county planning boards to member clubs like Rotary Club and Kiwanis International. And of course, we make a point to become involved in virtually every activity relating to our community’s kids, including support for scholastics, sports and youth organizations.

Is there anything you wish you would have done differently?

Every week there are things I wish I had done differently. I just try to learn from my mistakes and move forward. The biggest mistake I made however was not spending enough of my time with my daughter while she was growing up. Just too damned focused on the business. If I could do things over I would change that.

Want to know more about Rick Stewart? Watch this video from 2019!

Previous Story
← Food Industry Challenges & How To Fight Them: Part I
Next Story
Protect Against Holiday Hackers With New Software Solution →