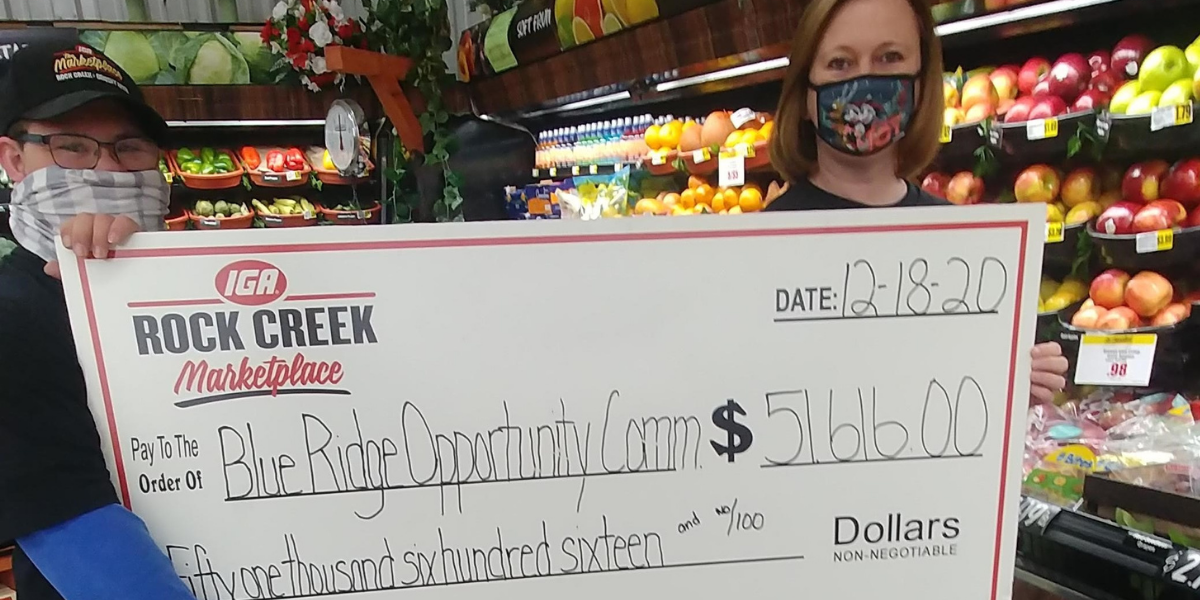 The town of North Wilkesboro, North Carolina has a small population that hovers around 4,200, but if the participation in the Benny Parsons Race Against Hunger Golf Tournament is any indication, the locals are as big on friendly competition as they are helping out their fellow neighbor. Community in North Wilkesboro is about friends feeding friends, as Brushy Mountain IGA and Rock Creek Marketplace IGA Store Manager Keith Huffman simply puts it. After seeing a peer across town “rake in pounds of food” for a Lowes Food fundraiser a number of years ago, Huffman started a golf tournament with the help of Terri Parsons shortly after her husband, NASCAR great and Wilkes County native Benny Parsons, passed away. Terri Parsons, with the help of NASCAR drivers, has transformed the annual Benny Parsons Race Against Hunger Golf Tournament into a massively successful fundraiser over the course of its 14-year history. In 2020 alone, the tournament’s suite of events across golf flights, hole sponsors, and auctions generated over $52,000 for the Blue Ridge Opportunity Commission (BROC), a Community Action Partnership agency and partner of the United Way of Wilkes County.

Back in 2006, the first tournament brought in $3,500—a noble effort that brought important learnings about what not to spend money on in coming years. A change of venue to the Cedarbrook Country Club in Elkin proved critical in terms of building a solid local partnership for the event, as General Manager Zim Zimmerman alleviated logistical concerns while providing resources that allowed the tournament to maximize its charitable gift back to the community. Huffman credits Zim with making things manageable. “If it wasn’t for Zim, life would be a little harder,” he says.

In 2019, the golf tournament raised nearly $40,000 for the Blue Ridge Opportunity Commission.

In addition to Cedarbrook’s support, a litany of sponsors have joined the roster of tournament contributors, providing funding and hole-in-one incentives over the years, including two new cars and a Harley-Davidson. Terri Parsons also generated high-profile horsepower among NASCAR drivers that resulted in donations, attendance, and promotion from drivers like Greg Biffle, Jeff Hammond, Bobby Allison, and the late Junior Johnson. Thanks to Parsons, some highly-prized sheet metal has been put up for auction, since what looks like scrap to one guy is a quarter-panel NASCAR crash relic to another. 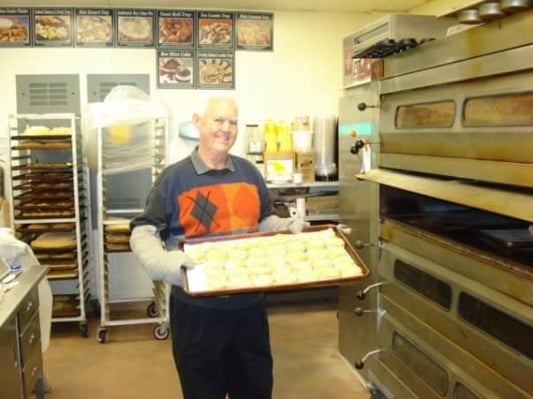 The late NASCAR driver Junior Johnson helps out in the bakery at Rock Creek Marketplace IGA.

In addition to North Wilkesboro's involvement in the tournament and auction each year, Wilkes County school children play a role in providing the actual pounds of food that benefit area families. Each participating school holds a competition to see which class can raise the most pounds of food. To sweeten the deal, the winning class at each school is treated to an ice cream party courtesy of Blue Bell. The IGA further involves the kids by inviting them into the store to shop for the groceries and load the trucks as part of a community service initiative. The students are given a hot breakfast of ham, eggs, and biscuits (previously served up by North Wilkesboro local Junior Johnson). Country artist Jason Michael Carol and the local TV news have also joined in the fun and sung Christmas carols with the kids.

Despite the COVID pandemic, the 2020 tournament brought out more golfers than ever with 190 participants this past fall. One could say the event is firing on all cylinders, and Huffman credits the NASCAR community with helping the people of North Wilkesboro. “The NASCAR support is a whole great big bunch of good people,” he says.

When asked how he equates pounds of food with fundraising, his grocer’s rationale is simple. “$1 is always two pounds of food, because a can of beans is $0.50 and weighs a pound.” With that logic, the recent contribution to BROC would equal around 104,000 cans, and that’s a mighty decent hill of beans on which a community can build hope. As far as the local competition is concerned, after 14 years of tournament success, Huffman might agree that what began as a friendly bump draft of sorts has resulted in a big checkered flag for the people of North Wilkesboro.