If you are an IGA retailer looking for resources related to COVID-19 visit IGA Alert. 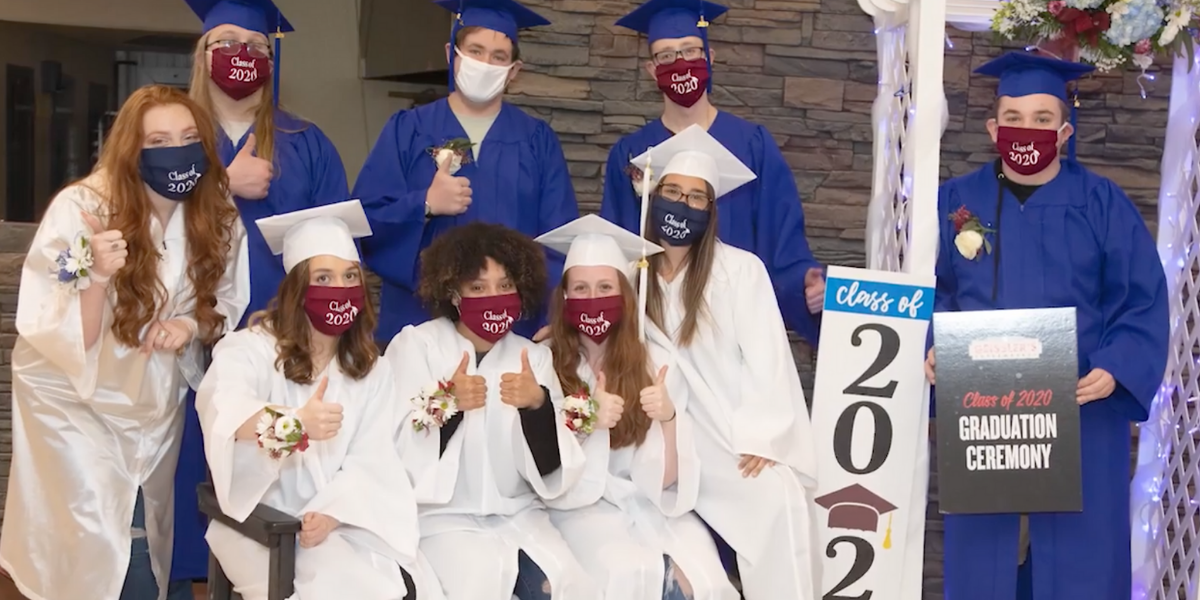 Geissler’s Supermarket’s East Windsor, Connecticut store—one of six in the state—had six high school employees graduating this year. Working about 10-12 hours a week during the school year, many of these students were busy splitting time between school, extracurriculars, and work at Geissler’s. Being the involved students they are, they were really looking forward to commencement this year. But then COVID-19 slammed the school doors shut and cancelled their much-anticipated commencement ceremony, along with all the fun end-of-year outings like prom, parties, the last day of school, and more.

“They were devastated,” CEO Bob Rybick says about the student employees, “because they were so involved in their programs that [losing commencement] was really tough.”

When the school closed and shifted to virtual learning, Rybick says this particular group of students begged their parents to let them keep working to give them a sense of normalcy. “It filled a void in their lives,” he explains. “They went from working an after-school job—like weekends and nights—to coming in the morning to do eCommerce, then going home to do school work, then coming back to work nights.”

Understanding how disappointed these students were to lose their commencement ceremony and wanting to recognize the heroic effort they have made being front-line workers throughout the pandemic, Geissler’s front-end manager Judy Guthrie and store manager Cindy Collet had the idea to surprise the graduates—along with three additional employees graduating with college degrees—with an in-store commencement ceremony, complete with caps, gowns, speeches, and, of course, masks and social distancing.

Guthrie and Collet planned the surprise ceremony with Rybick’s blessing, contacting East Windsor’s first selectman, Jason Bowsza, for permission. According to an article published in The Journal Inquirer, Bowsza gave the go-ahead as long as the store followed social distancing guidelines.

Guthrie and Collet went out of their way to ensure those guidelines were followed, rearranging the bakery to make plenty of room, which included creating a seating area for each family unit six feet away from the next. “To Cindy and Judy’s credit, they spent several nights there, marking the aisles to ensure proper social distance,” Rybick says.

The event had strong support from the Hometown Foundation, a non-profit organization run by IGA wholesaler Bozzuto's that is dedicated to enhancing the quality of life for individuals and their families in hometowns and surrounding communities where the company operates. Geissler’s had been participating in a separate Hometown Foundation fundraiser to donate hand sanitizer to Hartford Hospital. When Rybick told them about the commencement, Bozzuto's and the Hometown Foundation were eager to film it, and even provided the monitors for the ceremony’s video speeches.

The graduates, who had no idea the ceremony was happening, came in under the guise that they were taking senior photos, which Geissler’s has posted in their print ad with a congratulatory message in past years. Guthrie secretly contacted the students’ parents, arranging their own attendance. Once the students arrived in the back room, the team told them what was happening.

“It was pretty emotional,” Rybick says. “The two managers presented them with caps and gowns and Class of 2020 face masks made by Cindy’s Soap Cottage in town.” Once the surprise had worn off and they had processed what was happening, the graduates marched to their seats for the ceremony, emceed by local radio personality David Fisch. Bowsza and Windsor Locks First Selectman J. Christopher Kervick gave speeches, then the graduates watched a video address from IGA CEO John Ross. Rybick also delivered an address and introduced a surprise video from Windsor Locks School Superintendent Shawn Parkhurst. Then Rybick presented their diplomas, using a reacher borrowed from his grandmother to remain six feet away. After the diplomas, the students headed outside for a final surprise: a drive-by parade with about 30 other store employees, friends, and family.

At the end of the evening, the graduates received IGA Hometown Heroes plaques for their service and dedication as essential workers during the COVID-19 pandemic, and Guthrie and Collet presented them with gift baskets from Cindy’s Soap Cottage.

The Hometown Foundation recorded the full event, and Geissler’s debuted it live on their Facebook page on Friday, May 22, receiving more than 16,000 views over the Memorial Day weekend, nearly 90 comments, and 59 shares. Watch the ceremony in the post below.