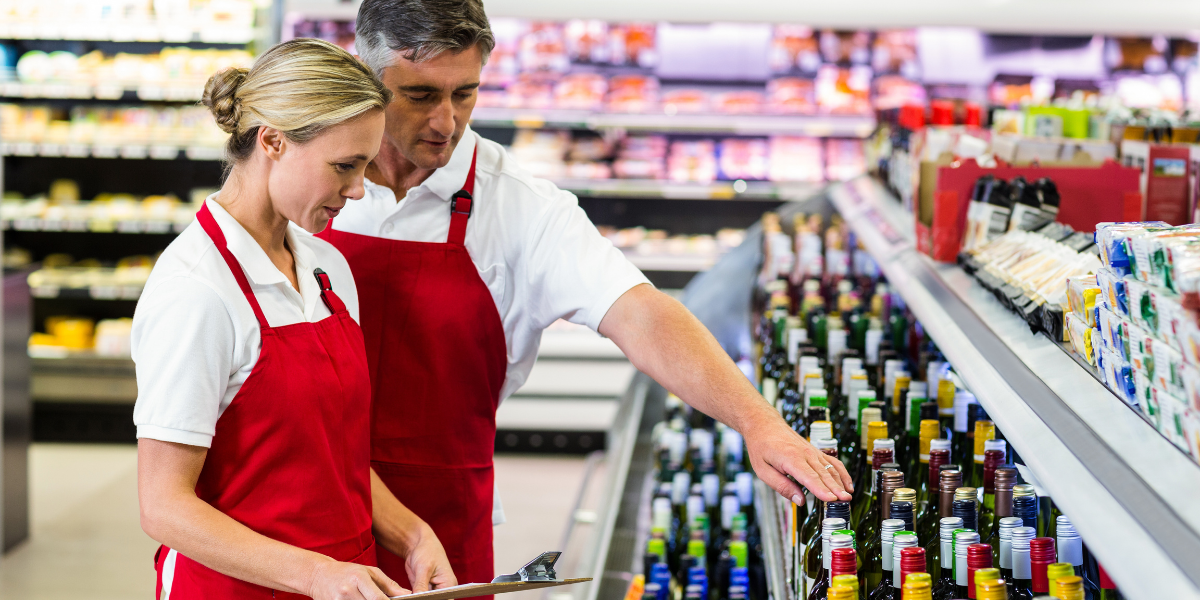 Labor Trends in a Post-Pandemic World

At first glance, the recently released jobs report is full of good news. After a disappointing start earlier in the year and despite recent fears over COVID-19’s Delta variant, hiring is accelerating at its fastest pace in nearly a year, with the economy adding almost a million jobs over the past three months.

So why does it seem like the windows of every business across the country are plastered with help wanted signs? Because even with accelerated hiring, as of the last day of June there were a recording-breaking 10.1 million open jobs in the country. Add to that an increasing quits rate, and it's easy to see how the U.S. labor market—and grocery specifically—is so desperate for employees. What's not so easy to see is why.

“As I travel around visiting IGA stores and non-IGA stores and talk to our wholesalers and manufacturers, the most common question I hear is, 'Where have all the workers gone?'” IGA CEO John Ross says. “Our industry is having trouble finding entry-level workers, skilled workers in the perimeter of the store, truck drivers, warehouse workers—you name it. Literally every position in the in the industry is a struggle, but store-level positions are particularly difficult to fill and maintain workers. And no one I’ve talked to seems to have a clear understanding of why it’s happening.”

According to Ross and the many businesses owners he’s spoken with, labor issues are on a path to eclipse all the other issues retailers have faced since the pandemic began. “Our retailers and their store teams have been at the forefront of crisis management for well over a year now. They have bravely faced and are still facing infection concerns, out of stocks, local and state mandates, and so much more, but having too few people to keep the store running is an issue no one can overcome,” he says.

What’s causing the nation’s labor crisis, why aren’t people returning to work, and how do we fix the problem for our stores? IGA commissioned a labor study to find the answers.

IGA created a labor study that would offer a glimpse into the minds of potential employees within the income bracket for grocery workers. We surveyed people with a household income of $75,000 or less, ages 18-60, in all 50 states, who are unemployed due to COVID to find out why they haven't returned to the workforce, and we also surveyed employed individuals within the same income bracket to find out if and/or why they are considering leaving their job.

While a number of findings emerged from the study that explain why these people haven't returned to the workforce yet, the most surprising finding is what isn't the driving force behind the trend: COVID relief subsidies. "I would have thought that a large percentage of these people would have said, 'When the government unemployment money runs out, I'll go back,'" says Ross. "But that's not the case." As it turns out, less than 10 percent of those surveyed said they'll go back to work when government subsidies end, which means those subsides are driving a smaller part of the labor shortage than it might seem. 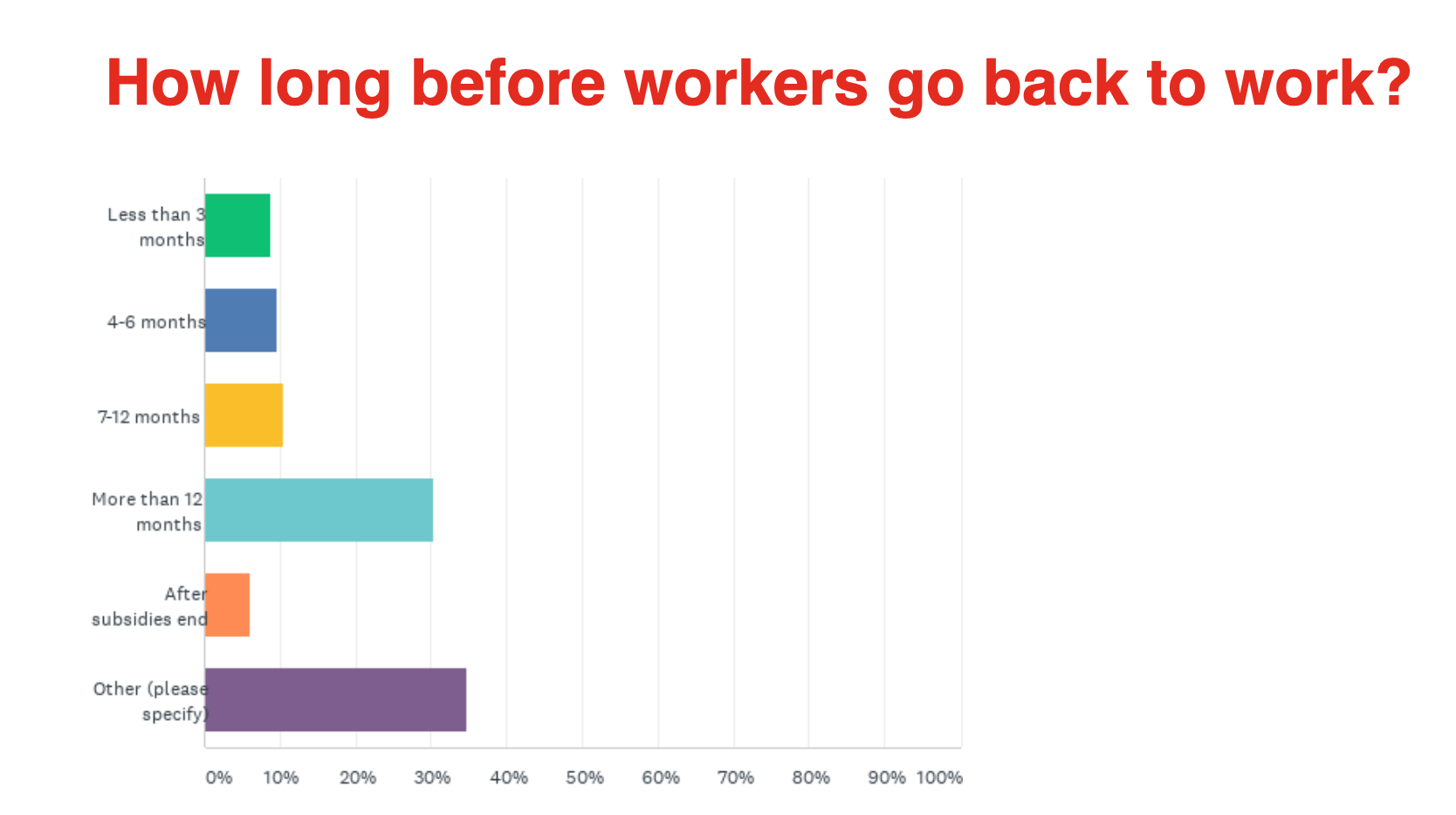 "There are other things going on in their minds, other reasons why they're not back at work or why they're waiting. We must transform the way we talk to them about coming to work for us," Ross says. First, let's explore the two most popular reasons why people are not returning to work.

Reason #1: Looking For a Better Job

Amongst Americans who became unemployed during COVID, the largest group (nearly 30 percent) have not returned to work yet because they don't want to go back to what they did. In essence, they are seeking a better job. But what defines a better job? According to those surveyed, it's not just money. They want opportunities for advancement, better quality of life, more flexible hours, and more meaningful work.

This is good news, says Ross. "If we can position the grocery industry or the wholesale industry as being a better job than they had before and better than other choices that are out there, that means that we have some influence over the percentage of people who apply and we can hire," he explains.

A close second in reasons those same Americans aren't back at work? They're concerned about workplace safety—25 percent said the risk of getting COVID or bringing COVID back to their family members is keeping them from going back to work.

Just as retailers can illustrate that they have the better jobs candidates are seeking, Ross recommends addressing the COVID concern head-on to position your business as being safer than those in other industries. "In your job description, include a line that addresses what you're doing. 'We treat worker safety seriously and will always try to protect our team against risk,'" Ross suggests, adding that retailers can mention their cleanliness standards, mask requirements, and safety measures that have kept employees safe throughout the pandemic.

In addition to the aforementioned reasons for not returning to work, about 10 percent of people indicated that they would have returned already had they been able to find childcare.

With an estimated 40 percent of childcare programs likely to have already or soon be permanently closed due to an inability to sustain themselves through the pandemic, it's no surprise that childcare is top of mind for parents of young children. "Childcare was hit really, really hard," says Ross, "even though in the grocery industry, we were really lucky—hiring all along and not closing stores. But if you're a young family trying to go back to work and you can't find childcare—especially affordable childcare in your community—you can't go back to work."

But retailers can address this issue facing young families wanting to return to work, according to Ross. While they can't necessarily open daycares in stores, retailers can recruit new employees by toting flexible hours. If a parent needs to stay home on Mondays and Thursdays, but has family caring for a child the rest of the week, catering to that scheduling need can be a win for everyone. Advertising that you are a family-friendly employer who supports working parents can attract hard-working, grateful employees who are eager to return to the right job.

How We Can Move Forward

The labor shortage is not a new problem in the grocery industry. Just like shopper preferences for eCommerce and other services of convenience, the trends and issues that were present before COVID have become exaggerated during it. "It was getting increasingly hard every year to get people not only to work the entry level jobs, to get young people to come work as cashiers or baggers, but also to recruit into the full service parts of our store," Ross says.

Now, with a new understanding of why people have not returned to work yet—and the data from this study to back it up—independent retailers can move forward in addressing the real hesitancies to attract new talent. And like so many things in the grocery business, it all comes down to marketing.

"Just like we market to shoppers, we're going to market to potential workers," Ross continues, encouraging retailers to position their open jobs as the answer to what these potential employees are seeking. For example, these positioning statements clearly address and appeal to candidates seeking better, safer jobs:

Use these suggestions to think about how your open jobs can appeal to workers looking for a better, more meaningful job, and stay tuned for next week's story on best practices for finding and hiring employees—complete with eye-catching signage and other resources to market jobs to prospective team members.

Do you have tips or strategies that have worked well for hiring and/or retaining employees? Share your best practices with us!

The Cyber Threat is Real: IGA Shares How to Protect Your Store