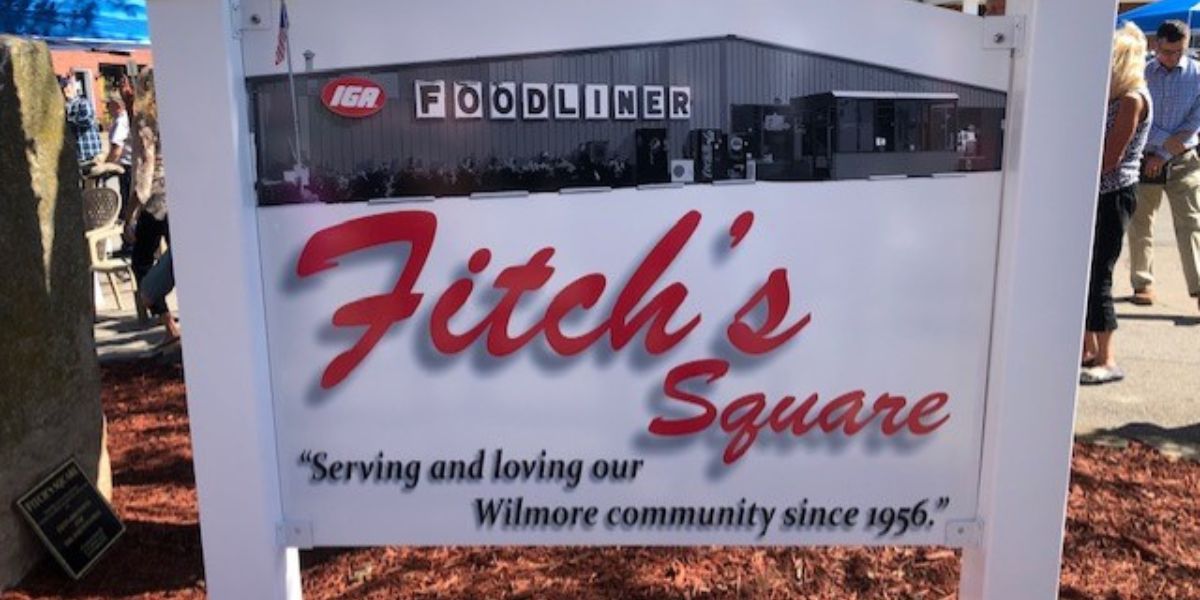 On Sept. 25, the city of Wilmore, Kentucky honored one of its finest families who operates Fitch’s IGA by naming a commercial area, which includes the independent grocery store, as “Fitch’s Square.”

The Fitch Family has been in Wilmore (and operating an IGA store) since 1956. The Fitch's Square commercial area is considered a hub of the town, with restaurants, a dollar store, a bank, and of course, Fitch's IGA—the only full-service grocery store in the city of Wilmore.

“For a few years now, I have wanted to name that retail area off East Main Street ‘Fitch's Square’ since the IGA has been the longest continually operating business there,” says Judy Woolums, director of the Wilmore Community Development Board.

Leonard Fitch, owner of Fitch’s IGA, remembers getting the request from Woolums. He was modest in his acceptance.

“If nobody in the area is opposed, in any way, shape or form, I wouldn't mind doing that,” Fitch said at the time.

Wilmore is home to two higher educational institutions: Asbury University and Asbury Theological Seminary. The town has several streets, subdivisions, and parks named after people associated with the two institutions and who made an impact in the community, but not much is named after Wilmore's locals.

The Wilmore Community Development Board endorsed Woolums' proposal but required her to get input from the other six businesses in the area. Woolums says all six businesses enthusiastically supported the proposal, so she took it to the City Council and Mayor where it was approved immediately.

Despite having served as a city councilman for over 50 years, Fitch was surprised and gracious upon hearing the proposal. 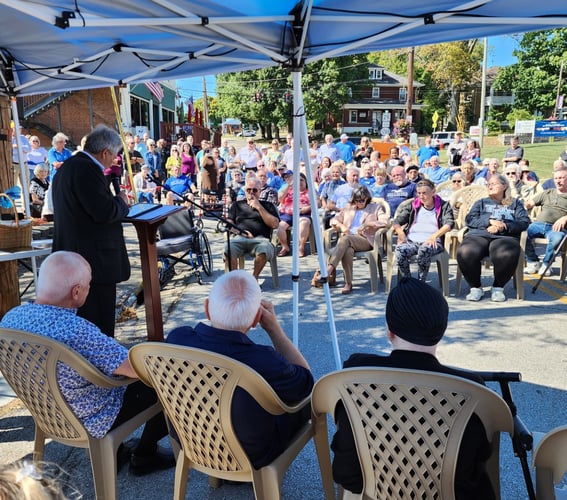 Fitch’s is recognized by IGA as a “5-Star” store, which is the highest score possible in service and cleanliness assessment in the IGA family.

Leonard purchased the store from his brother John 10 years ago and has been the owner ever since. It is a true family grocer, with Leonard's daughter Stephanie and son Christopher now working at the store as managers.

“I’ve been in an IGA store all my life,” Fitch says. His family used to own a Fitch's IGA in Mooers, New York before moving to Kentucky.

Stephanie recalls countless stories of her father's years in grocery.

"He has some great stories being an IGA grocer all his life," she says. "The best one is when they used to have bananas delivered, they found an eight foot boa constrictor snake that had been hibernating in the bananas from when they were cut in from the tree. The butcher at the time took a cleaver and cut the head off. My dad was about 8 years old." 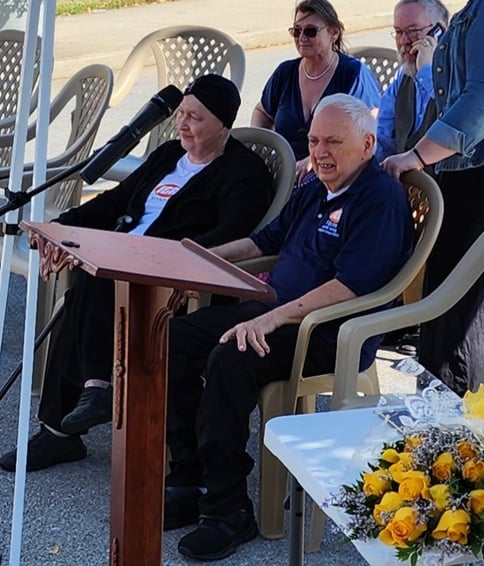 From left: Emily and Leonard Fitch enjoy the City of Wilmore dedication ceremony of Fitch's Square.

Woolums says that Fitch's IGA has always been supportive of the community and the people in it. Fitch mentioned that his store likes to give away free watermelon slices during the citywide Fourth of July celebration. Another popular day for the IGA grocer occurs during the annual Christmas Walk, when local businesses host open houses. “We have live music and give out free country ham and biscuits and a drink. It’s a very high attendance event,” Fitch says.

“It would be hard to guesstimate how much they have contributed in product and labor for free or at reduced costs for city events and for those experiencing hard times,” Woolums adds.

Woolums says that many shoppers from outside the Wilmore area get on Fitch's Thanksgiving and Christmas list for country hams. And she advises shoppers to get to the store early for the decadent iced donuts before they run out.

“While Leonard has rubbed shoulders for many, many years with multiple PhDs, Biblical scholars, international speakers, and missionaries, he is also much loved by those in our area who are not affiliated with the educational institutions or the parachurch organizations or even our churches," Woolums says. "His gentle Christian warmth and demeanor has comforted many families going through times of grief and death by serving at their funerals.”

Fitch is a community grocer at heart who has built everlasting relationships with his shoppers, seeing their families grow throughout the years. He plans to continue working at Fitch's IGA for as long as he can in this small and special town.

“I would like to work here all the days I have left on this Earth," he says. 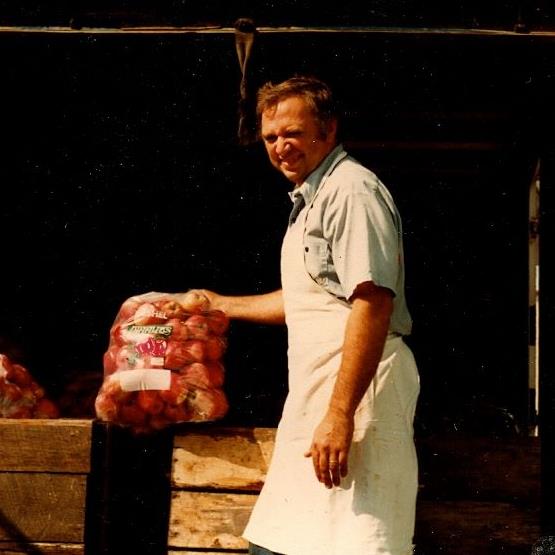