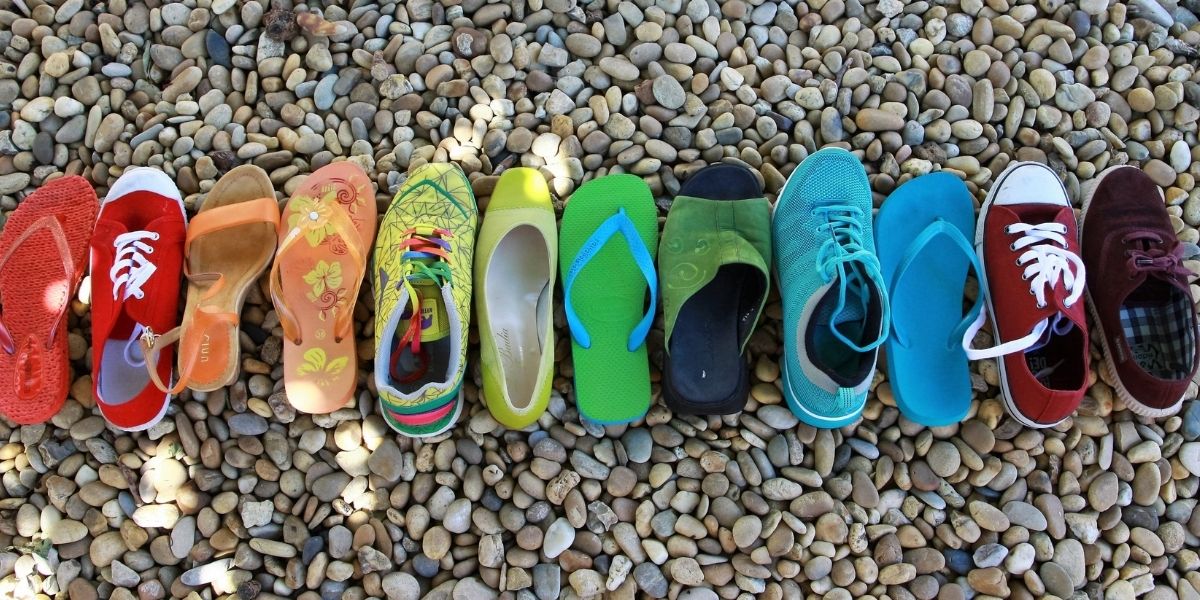 We've heard of spring cleaning, but summer cleaning? When all you're wearing are sandals, why not empty your closet and donate those gently worn shoes? That's what McKim's IGA in Mt. Vernon, Indiana is hoping shoppers will do, as they have partnered with the Posey County United Way for a July shoe drive.

On the surface, the fundraiser benefits all involved—the donors, the United Way, the recipients, and even the store! But talk to McKim's IGA General Manager Larry Williams and it becomes clear that the fundraiser represents much more. Williams recently semi-retired, as he explains, "I'm starting to cut back on my hours a little as I'm turning over more of the day-to-day operations to my sons." And as independent retailers know, part of being an IGA retailer means helping community organizations like the United Way.

Now Brian is taking these reigns as well as the day-to-day operations at the store. He says he has been serving on the United Way board for about a year and a half and is currently leading the 2021 campaign, hoping to raise $575,000 for the organization. The money raised for the United Way through this shoe drive will contribute to that $575,000 goal, so Brian is reaching out to customers of Coopers Cones & Stuff—a snow cone shop operated by McKim's IGA named after Brian's son Cooper—and McKim's IGA shoppers via social media to encourage donations.

For each pound of shoes collected, the United Way receives $0.50 from Funds2Orgs, and the shoes themselves will be distributed to children and adults in need in Posey County, where McKim's IGA is located, as well as individuals in third world countries. In addition to helping the United Way and those in need, the donors will also receive $0.50 off a large snow cone at Cooper's Cones & Stuff for every pair of shoes donated.

Shoppers are excited to help, with comments on the snow cone shop and grocery store Facebook pages abuzz about donating in exchange for discounts on snow cones, especially during the recent heat waves. Williams hopes the campaign will bring in a lot of shoes for those in need and to benefit the United Way. With Williams' strong fundraising effort as an example, Brian has an excellent model for success.