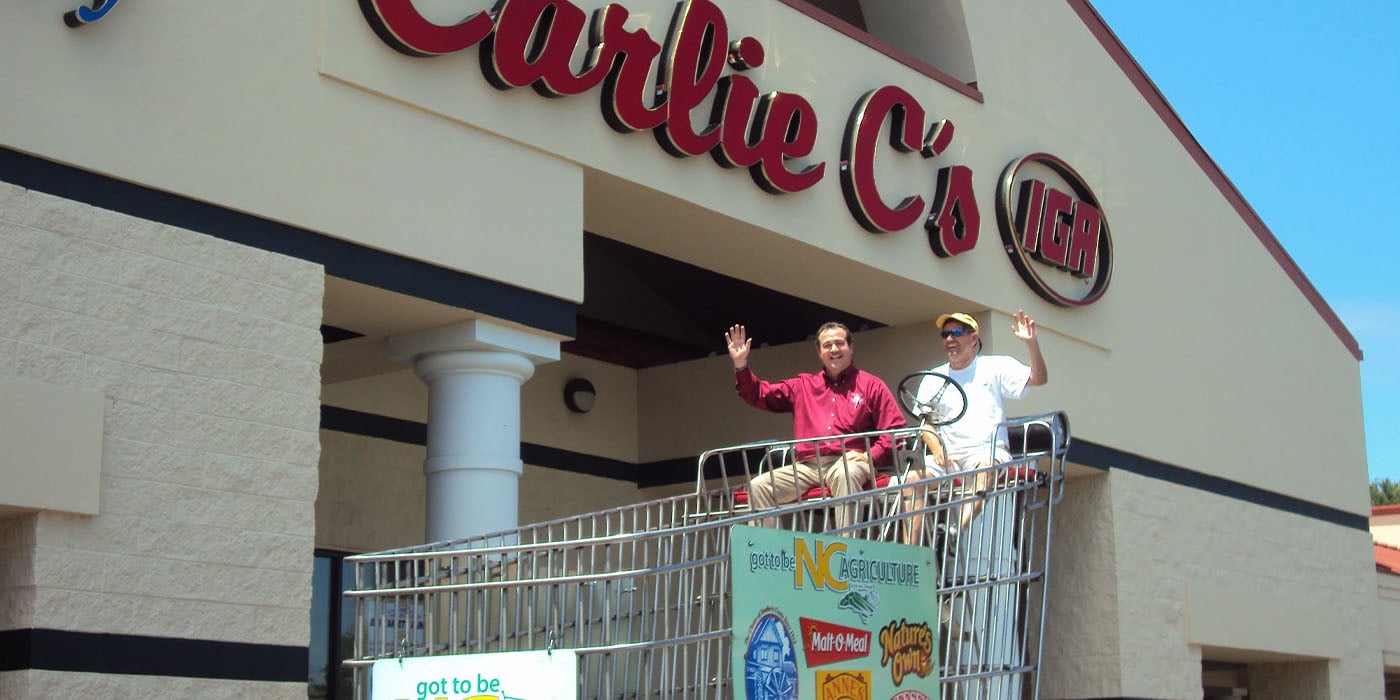 Talk to Carlie C. "Mack" McLamb Jr., owner of Carlie C's IGA in eastern North Carolina, and you'll hear about love. McLamb is busy—he runs 25 locations and has over 1,500 employees on his team—but that doesn't stop him from instilling the importance of love in every one of those stores and employees.
"Our primary purpose is to love, bless, and serve the communities we're in," McLamb says.

His philosophy is that by bringing love to the forefront of the way Carlie C's does business, everyone wins. Employees are happier, customers are happier, and most importantly, the world gets better one interaction at a time.

"We actually believe that we help change the world for the better by working on the relationships that are just in front of us," McLamb says.

The idea to focus on love came to McLamb as he was reflecting on his expansive group of stores. "I thought, 'One of the big challenges we have as we get larger is trying to maintain our culture. About who we are,'" McLamb explains. "I was trying to make a concerted effort in trying to identify that. How do we articulate it?"

IGA helped him in a subtle but effective way. "I recall looking at the Hometown Proud logo with the big heart and I realized, 'That’s it. Love is what describes what we do. Love is the basis of our culture,'" McLamb says.

He took that concept and ran with it, meeting with all of the staff in every store. "We began to talk about, 'What does love look like in a grocery store?'" McLamb shares. 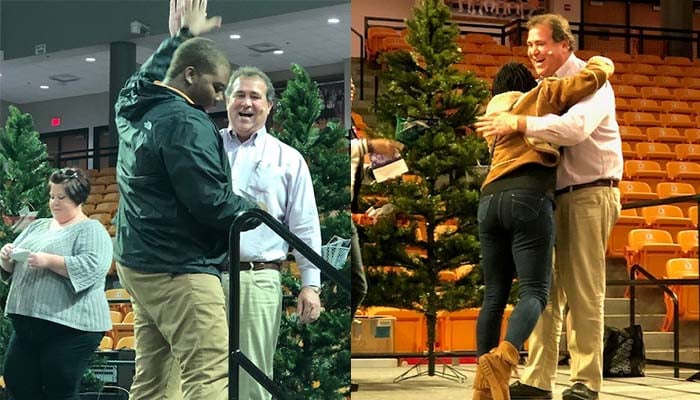 During Carlie C’s annual holiday party, every employee chooses an envelope from the money tree McLamb sets up. The parties are so successful, usually over 1,000 employees RSVP to attend each year.

Giving customers undivided attention goes a long way, but each customer and employee is unique, and McLamb wants to ensure everyone is sharing love in their own way. "We want people to be able to take their own initiative and make a difference without being directed to," he says.

McLamb gathers with the employees at each store during annual meetings to discuss how to serve their customers with love, which has helped establish the culture and communicate the greater good they're doing. McLamb explains, "Our expectation is that you work with your head down, and that you work with your head up. So, we've got to be able to do our task, but we also have to be able to impact the world as we do it."

We actually believe that we help change the world for the better by working on the relationships that are just in front of us.

They make that impact in small ways. They listen to customer feedback for constructive criticism, which McLamb says prevents them from becoming store blind and enables them to better serve their shoppers and community. They measure everything to reduce out of stocks, which means customers have a better experience. They're tackling e-commerce to provide convenient options to their shoppers. They even share family food—McLamb's son grows collard greens, then packages and sells them in their stores.

Family is the backbone to McLamb's quest to spread love throughout the business and community. He is a second-generation IGA supermarket operator, taking over the Carlie C's stores from his parents. His father founded the first Carlie C's store in 1961 and was a previous International Retailer of the Year, so paying tribute to his father and carrying on his legacy is important to McLamb. He tells the story of a local man, who was being honored with an award. After being told he was a great man, the man responded by saying, "'Well, you won't tell whether I'm a great man or not until you see my children and what they do.'" 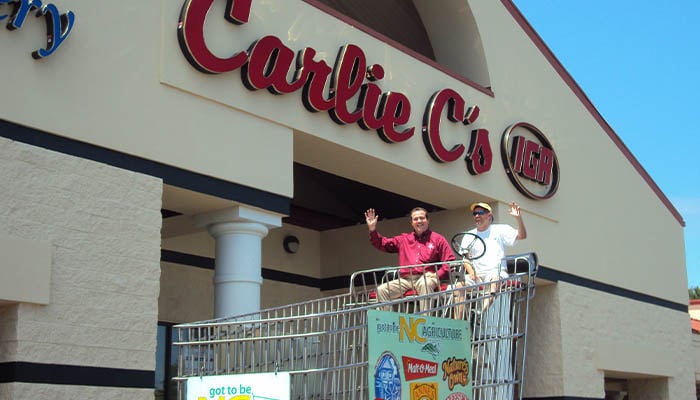 McLamb rides a giant shopping cart with a representative from the North Carolina Department of Agriculture.

McLamb is proud to be a candidate for International Retailer of the Year for that reason—it demonstrates the great work his father did in building the business and raising McLamb and his siblings. McLamb has shared that work ethic and passion with the greater Carlie C's family in developing this mission.

"While they're with us, the most important thing that they learn is not task related…they learn the importance of love," McLamb says. "Because no matter what they do in their next season of life, they will continue to impact the world if they recognize the importance of love. We happen to sell groceries as a way to demonstrate love."