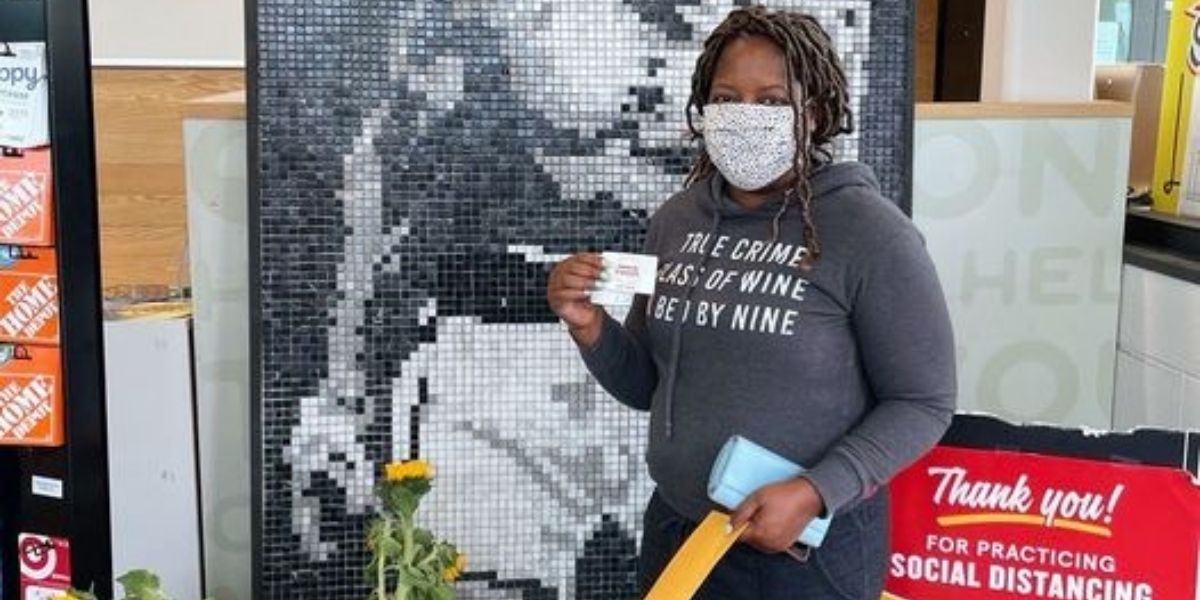 The headlines were dire. “One of West Oakland’s Only Grocery Stores Is In Danger of Closing,” the local news on KQED said of Community Foods Market, an independent grocery store in a severely underserved, low-income community of 25,000 people in West Oakland, California.

Opened in June of 2019 after Owner Brahm Ahmadi led the public to invest $2.5 million in seed funding to build a fresh-focused grocery in an area where residents had only convenience store offerings to rely on, Community Foods Market originally saw a boom in sales when the pandemic began and lockdown went into place. But that initial boost proved to be short-lived, Ahmadi said. By summertime, as low-income West Oakland residents were hit especially hard by the COVID-spurred economic downturn, both sales and customer traffic had plummeted.

“It was a steady month-over-month drop,” says Ahmadi. By November 2020, the number of customers dropped 28 percent, requiring the store to lay off a third of their staff and reduce hours for some of those left.

Community Foods Market needed help, and Ahmadi knew he needed a message that would inspire immediate action for the social mission-driven venture. Earlier this spring he developed a digital media campaign with a singular message: Save Our Store. “We knew we could rally the public, and that’s what the SOS booster campaign is about,” he said.

The most direct ask was to Become a Booster, which meant making three commitments:

About 500 people signed up as Boosters, and the campaign brought in foot traffic, media attention, and some new customers. Most importantly, it helped keep West Oakland’s only grocery store open for its second anniversary.

Ahmadi said the biggest outcome overall was how the campaign boosted the team’s morale. “Each employee got a lot of direct gratitude expressed to them by the customers,” he said. “They got a clear sense that people really do appreciate this store.”

Now with the financials a bit less dire but not yet at the level the store needs, Ahmadi is making a financial investment—and investment in people's goodwill—with an additional media buy that extends the reach of his Digital Ad, targeting more affluent shoppers beyond the immediate vicinity of the store. With this tactic, the store attracts shoppers who have money to spend to support the store and the broader community, which in turn keeps the store open for shoppers with less income. After all, everyone—regardless of finances—needs good, healthy food.

Built from the Ground Up

When Ahmadi was creating the concept for Community Foods Market, he was concerned about West Oakland's lack of access to fresh foods, which he said can result in a community health crisis with a higher rate of chronic diseases. It’s also an economic issue, with a loss of spending power within the community. “Grocery stores are anchors in the community they serve. In neighborhoods of color, racism and discrimination have led to the lack of things. They are finally getting some respect and what they deserve.”

When scouting locations to build Community Foods Market, Ahmadi knew it was crucial to site the store in a location that was as walkable as possible for area residents. But there hadn’t been a grocery store in decades, so there weren’t any existing stores that could be rehabbed. On top of that challenge, the area has a history of environmental contamination, leaving many sites with expensive remediation work. After carefully considering options, Ahmadi found an old storefront in a very central, high-density area, with 9,000 residents within a half mile. The old building was torn down to make room for the new, 14,000 square foot store.

“We chose a more expensive and longer-term path," he said. "It probably could have been done cheaper and quicker, but might not have met the needs of the people we’re trying to serve. We like to think our decision created a more resilient and higher-impact store."

Providing Food & Programs to the Community

It's no coincidence that "community" is the first word of the store name. As with choosing a location, Ahmadi took great care to develop the right assortment of affordable, healthy foods that meet the dietary needs and wants of the community population:

In addition to events at the cafe, Community Foods Market has developed and hosted programs with a social mission through its nonprofit arm Fresh Life Foundation, working with community partners to offer cooking classes, dietary consultations, health care screenings, and other visits with health care providers.

As a true pillar of the West Oakland community, Community Foods Market still needs help. The SOS efforts have helped boost sales, but the community is still struggling financially, which means the shoppers aren't spending the same as they were pre-COVID. Ahmadi has appealed to private investors, and has set up an active GoFundMe campaign for those who want to help but live too far to shop regularly.