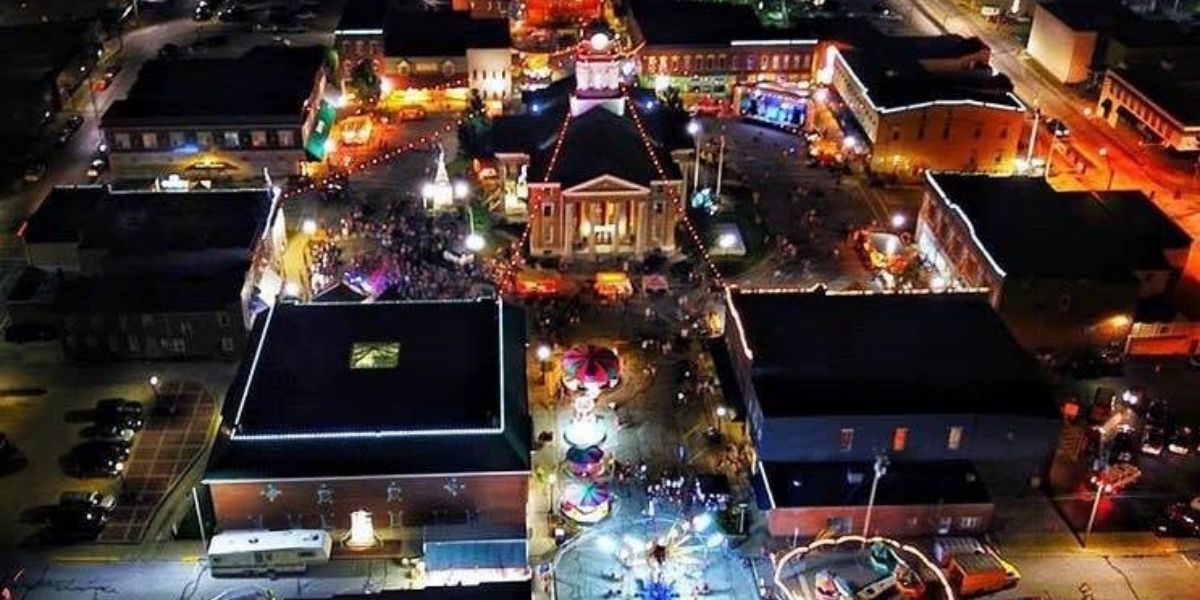 The smiles were extra wide at Strassenfest 2021, a long-running German fest in Jasper, Indiana, that returned this summer after a hiatus in 2020 due to the pandemic. “There’s a lot of German heritage in the area,” said Jim Perkins, store manager at the Hometown IGA in Jasper, Indiana, so when the event made its much-anticipated return, the whole town got involved. That included the IGA store, who brought in a 10-foot float for the parade and festivities.

“It was really cool to see the community involvement,” said Perkins, who has worked with the Houchens group, which runs 92 Hometown IGA stores primarily in Kentucky, Indiana, and Tennessee (and some in Ohio, Illinois, Alabama, and Virginia), for 35 years. This year was his first experience with Strassenfest, and it did not disappoint. “It was people getting a little bit back to normal and enjoying the day.”

If you’re new to Strassenfest, too, here’s how he painted the picture. 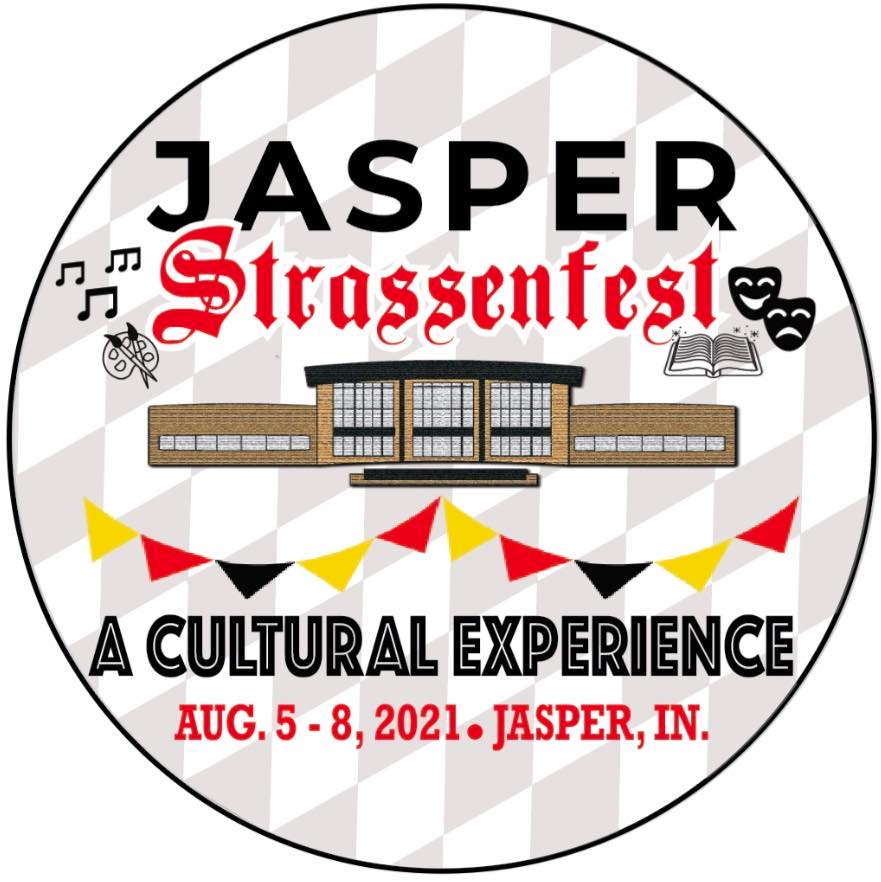 The festival is a favorite for a lot of people because it’s four days of events for everyone. Each year there’s contest where the festival queen is crowned, a beer garden, carnival rides, races, homemade food contests, music—a long list of activities to fill four hot days in August. The culmination of the celebration is a big parade on Sunday

A lot of work goes into the four-day event, and throughout the week, dozens of vendor booths need supplies. “This is one of the largest fests in this area,” he said. “There are a lot of events that go along with it.”

Having support from local stores is a big part of making everything happen. "We’ll deliver product  to them when they’re preparing their booths,” he said.

The store delivered deli items, food, drinks, craft mustards, “and a lot of pork fritters,” Perkins said. Wiener schnitzel is popular at Strassenfest and the store delivered tons that week. He enlisted his assistant manager to make sure everyone got their orders and bills correctly, and kept the community fed and hydrated throughout the event. 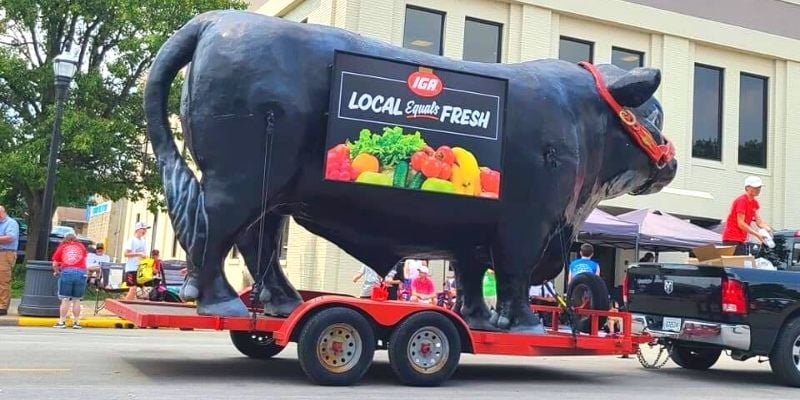 The parade is the final event of the multi-day festival. Classic cars, firetrucks, and the town’s championship baseball team: everybody came out for the 2021 Strassenfest.

He and a team of 10 built a float that included a celebrity guest: the IGA Angus Bull, a 10-foot statue borrowed from the Houchens office in Bowling Green, Kentucky. They also handed out IGA giveaways, like branded cups and pencils and stuffed Iggy dolls, the Hometown IGA mascot seen below. 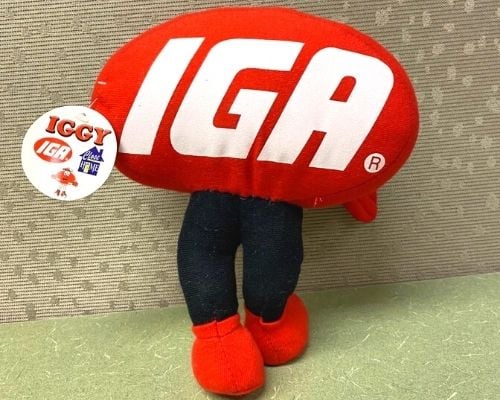 The Hometown IGA float stood out in the long line of firetrucks, Girl Scouts, and football players. “I’d say it was well over 100 in this parade,” he said. “It was a hot day, and everybody hung in there.”

He drove the truck and pulled the bull. One staff member kept the buckets full of giveaways and eight people walked the entire parade route. After a mile and a half, his team was pooped.

“It was a really nice experience and it gave the store a lot of exposure,” he said said of the parade, which coincided with a recent décor refresh throughout the inside and outside of the store (see the refresh—which included new interior and exterior signage, paint, aisle navigation, local messaging, and more—in the gallery below). “This is my first year being in the store and being involved in that. It was well represented with a lot of different faces of the community.” 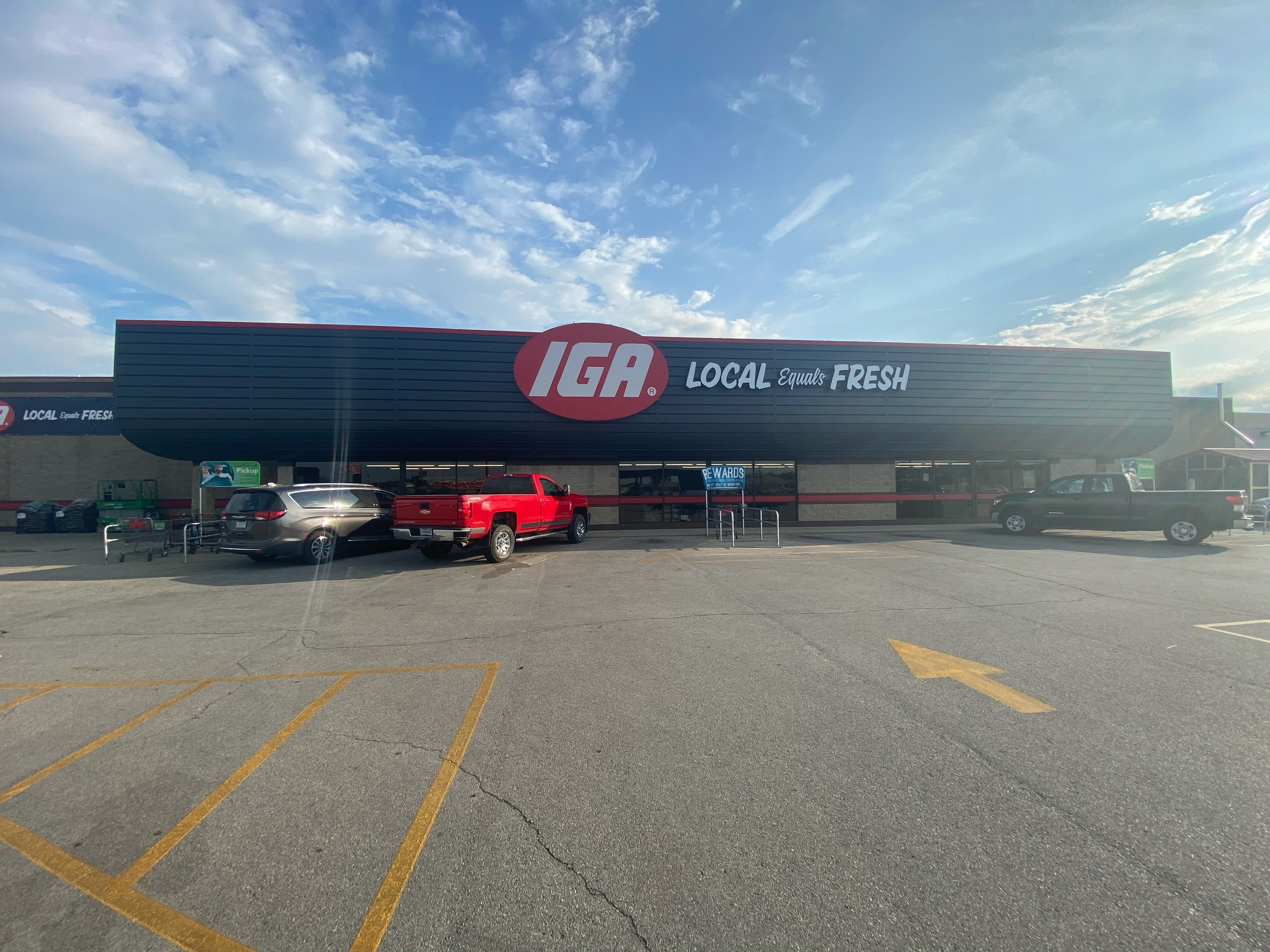 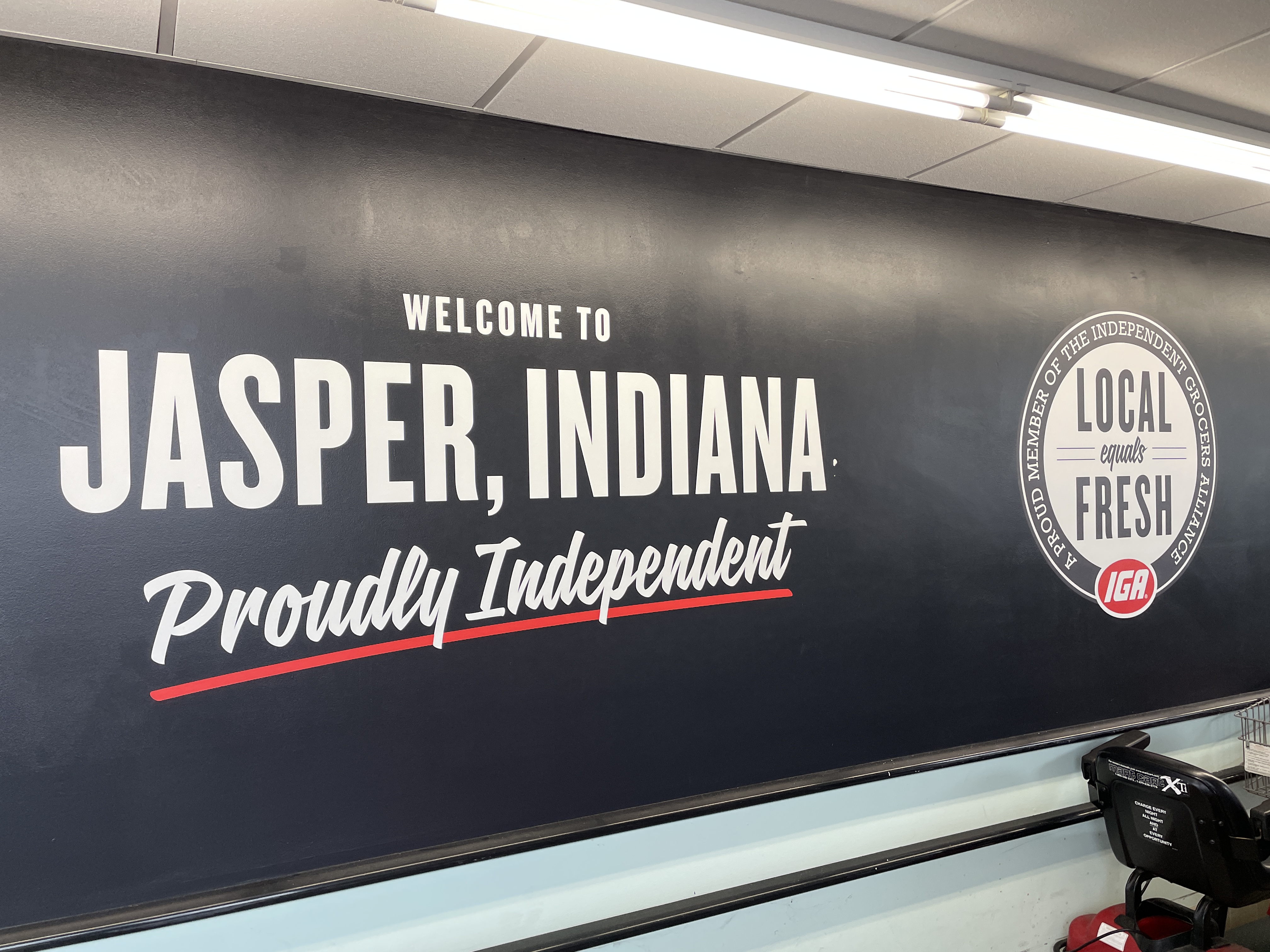 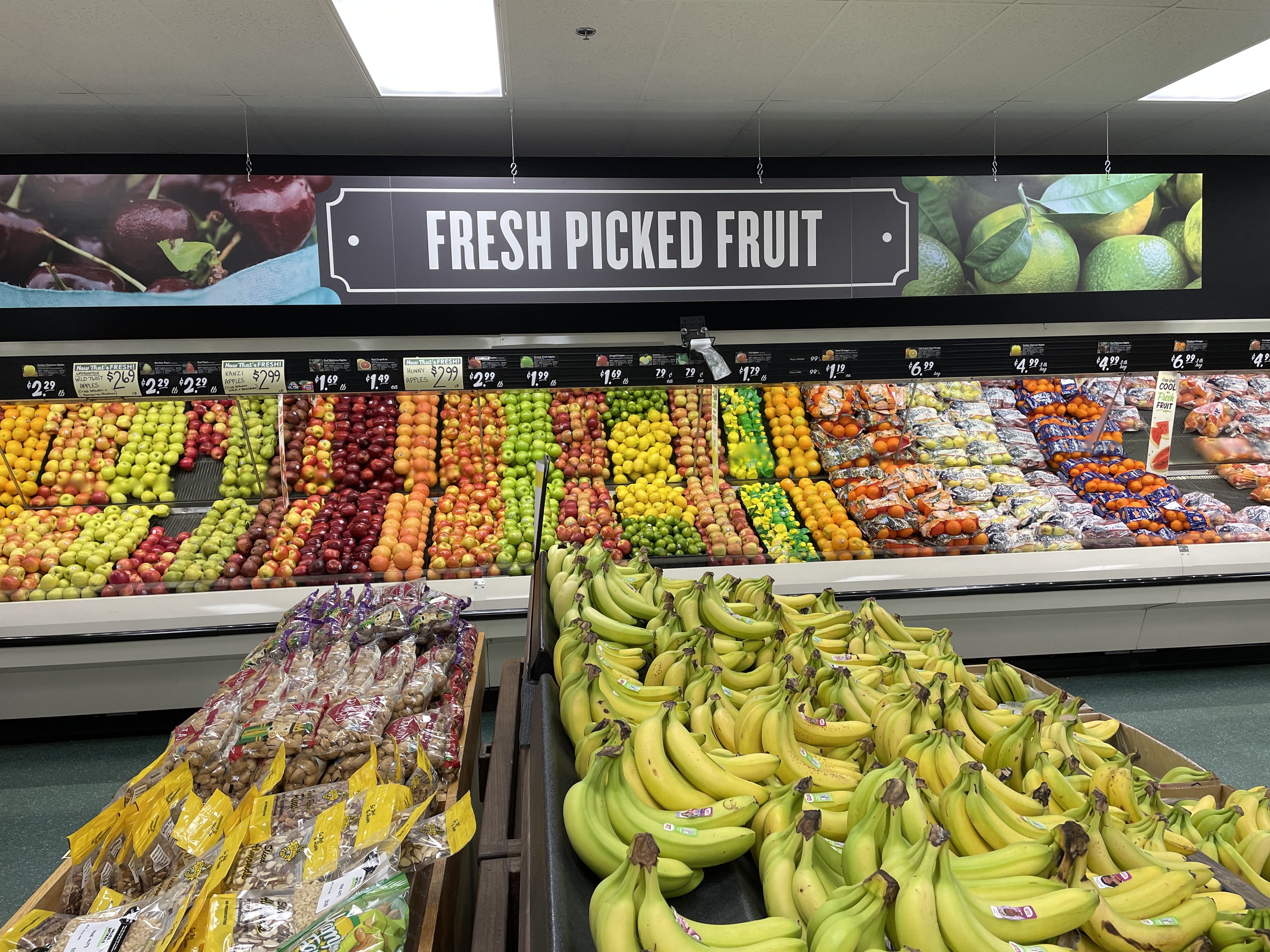 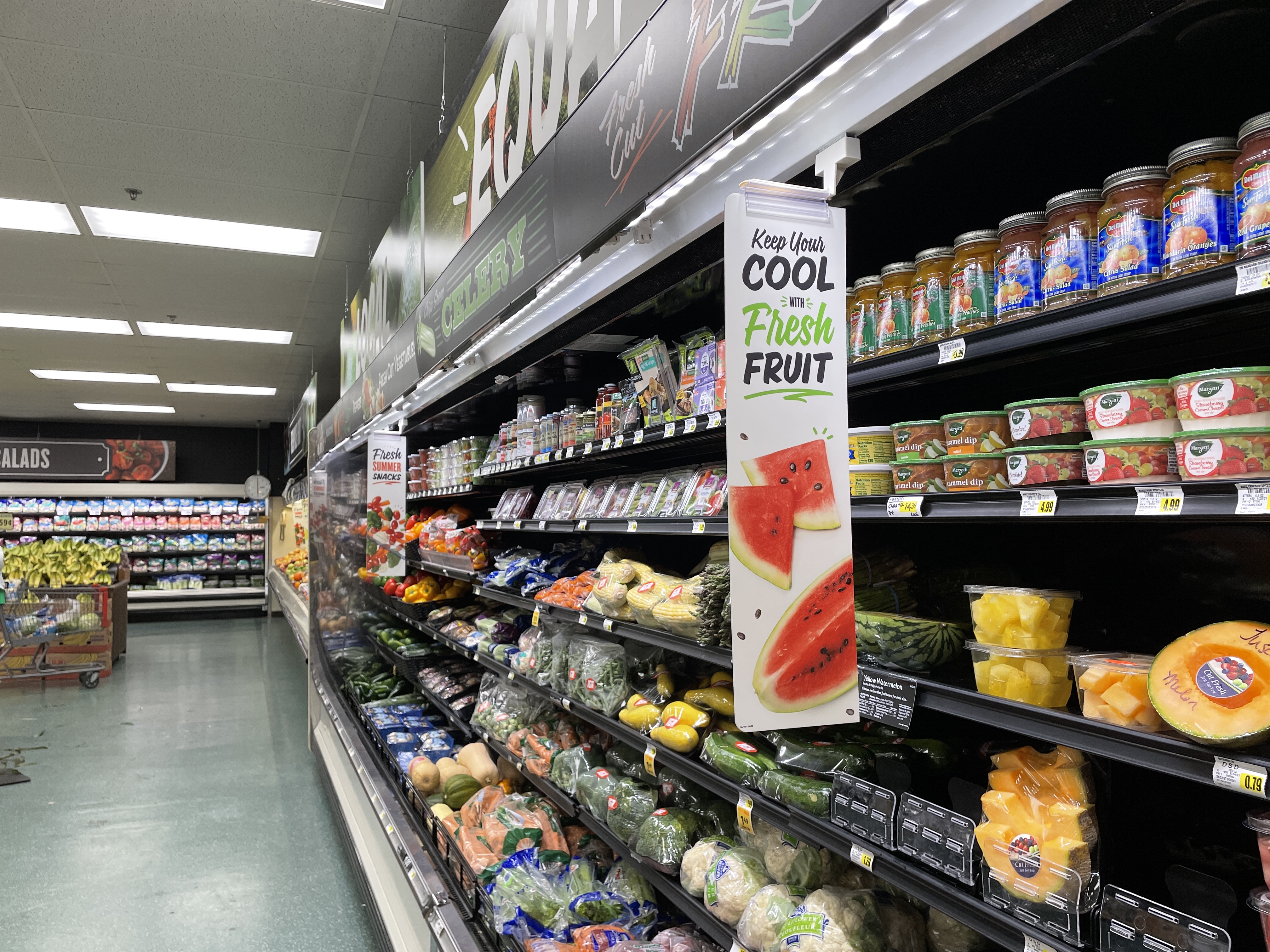 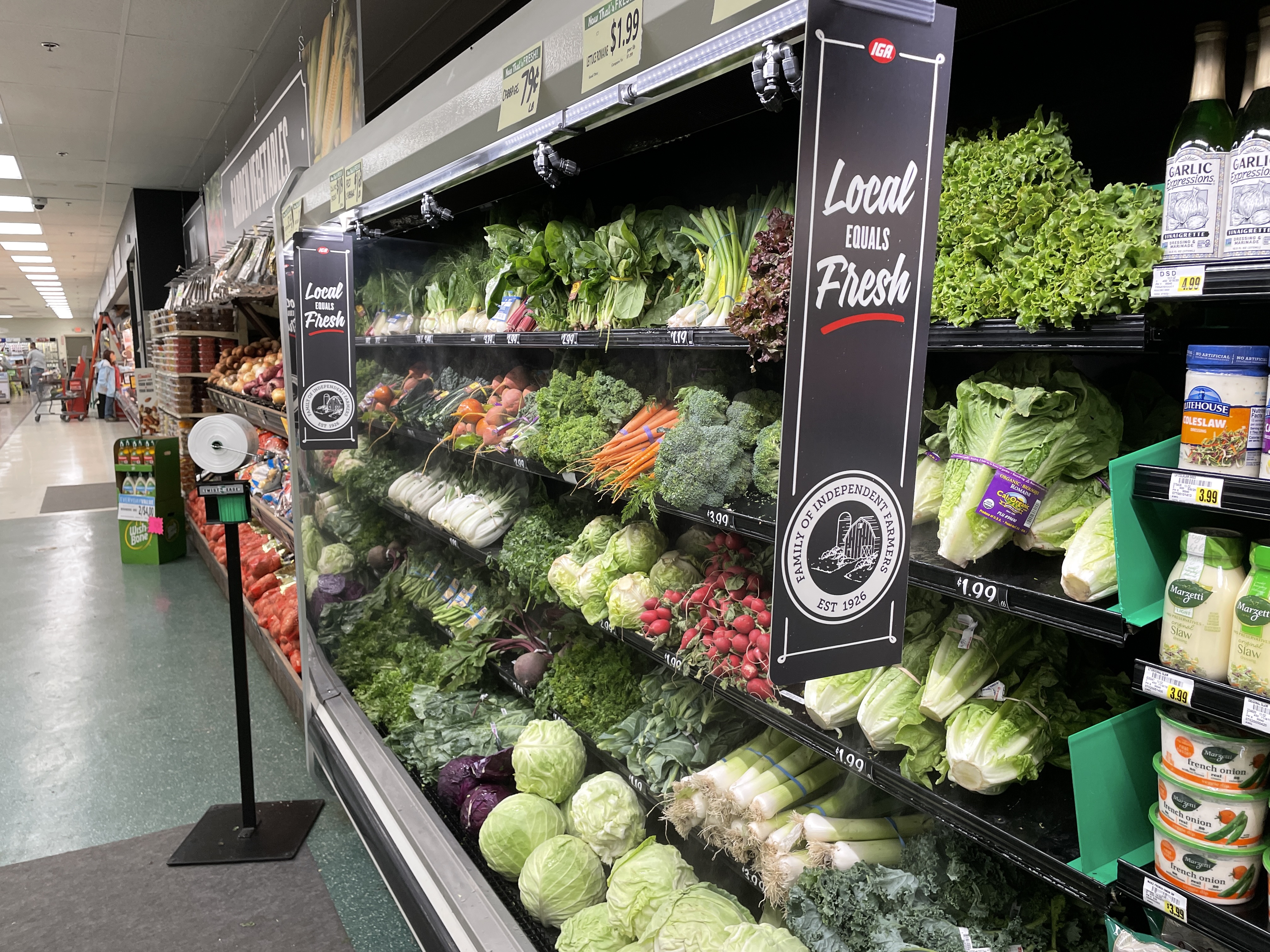 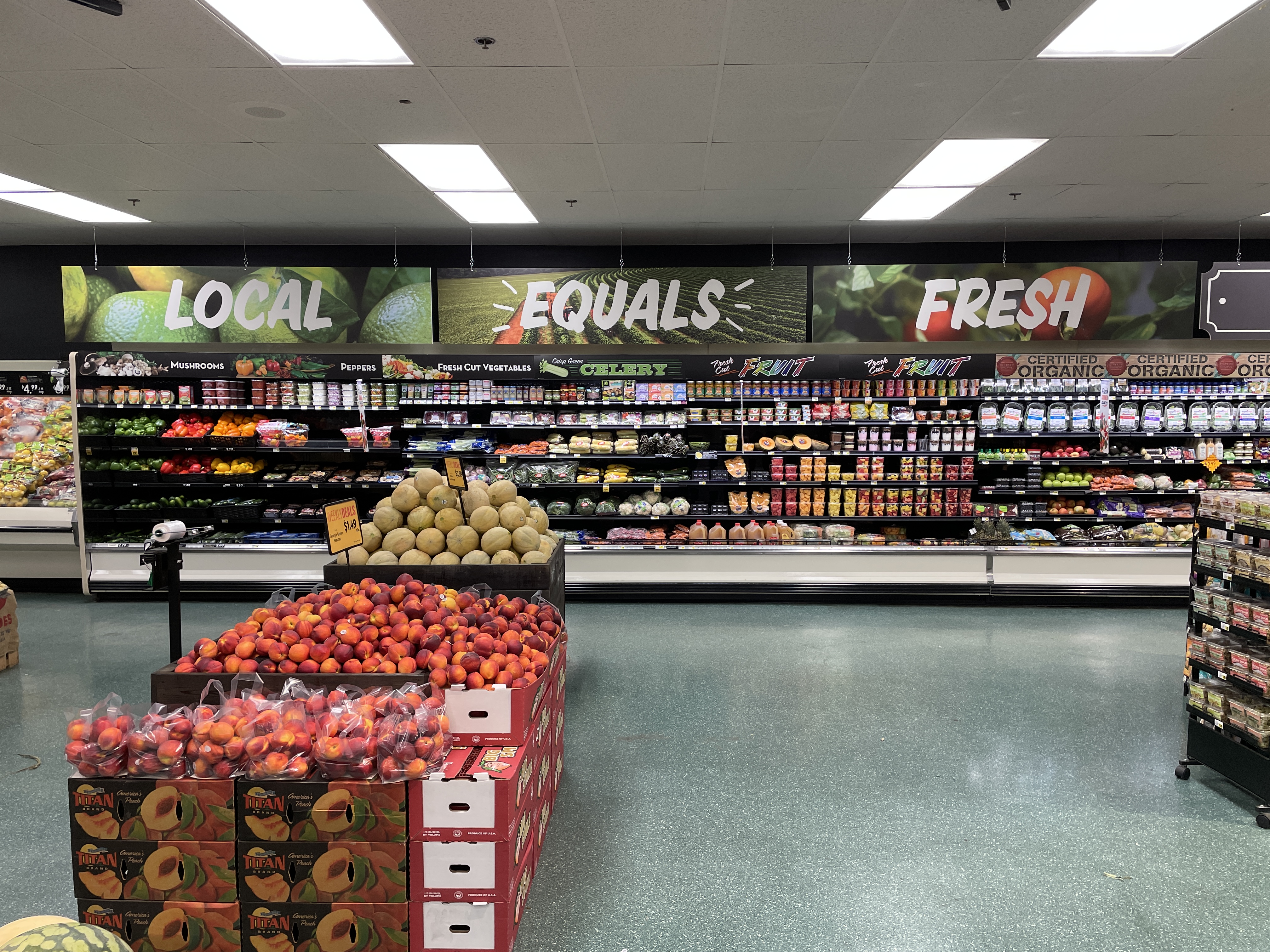 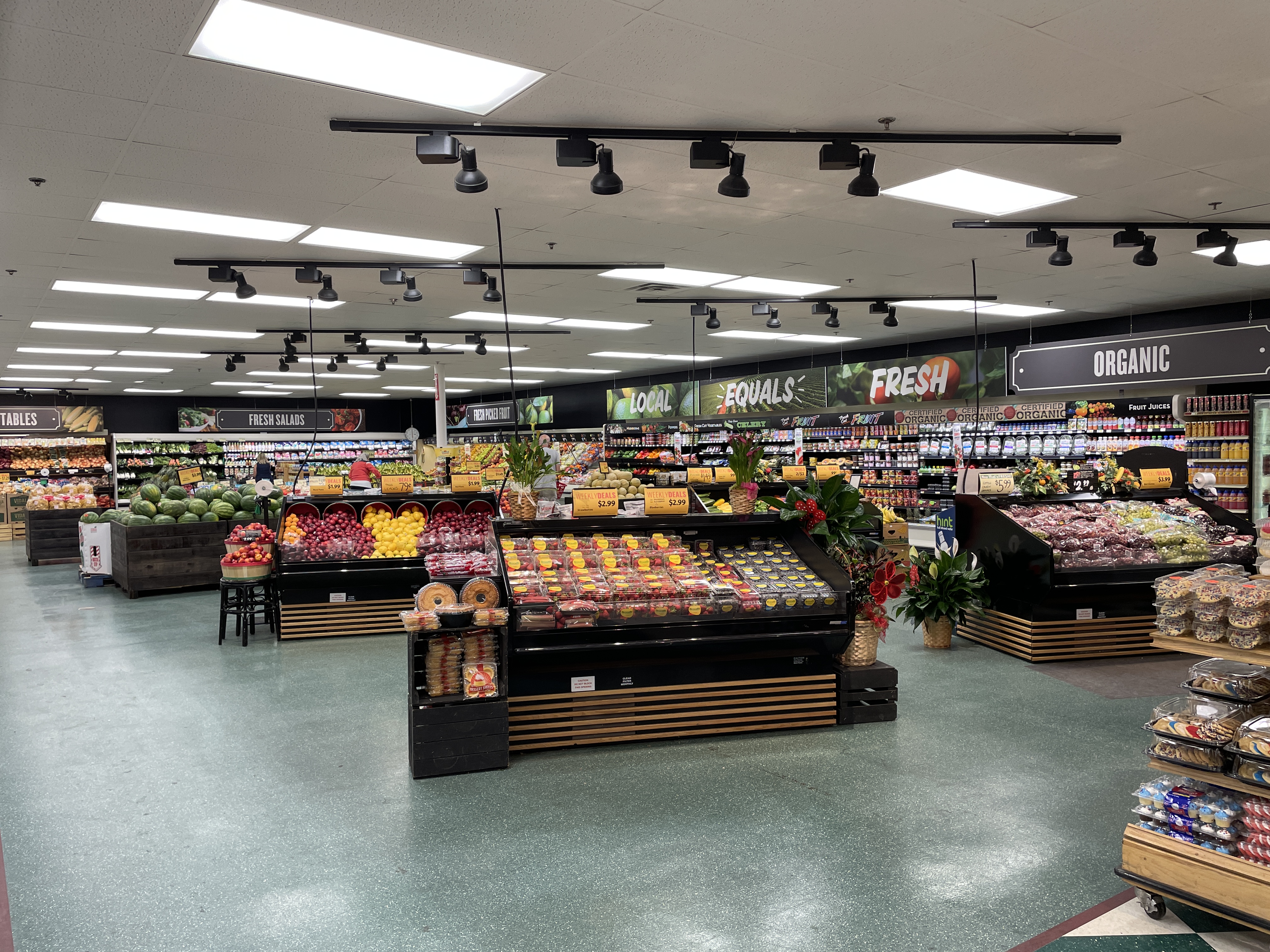 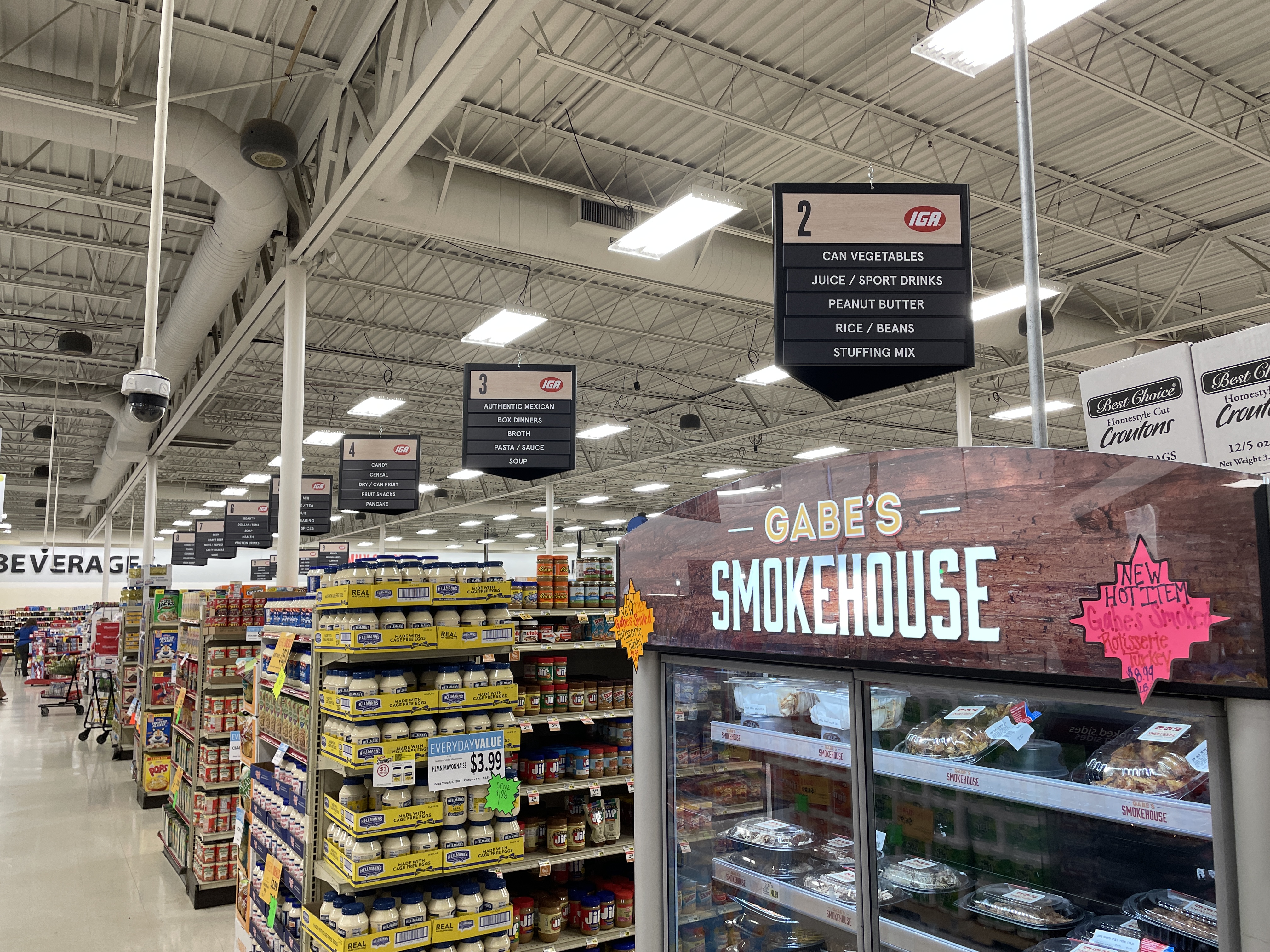 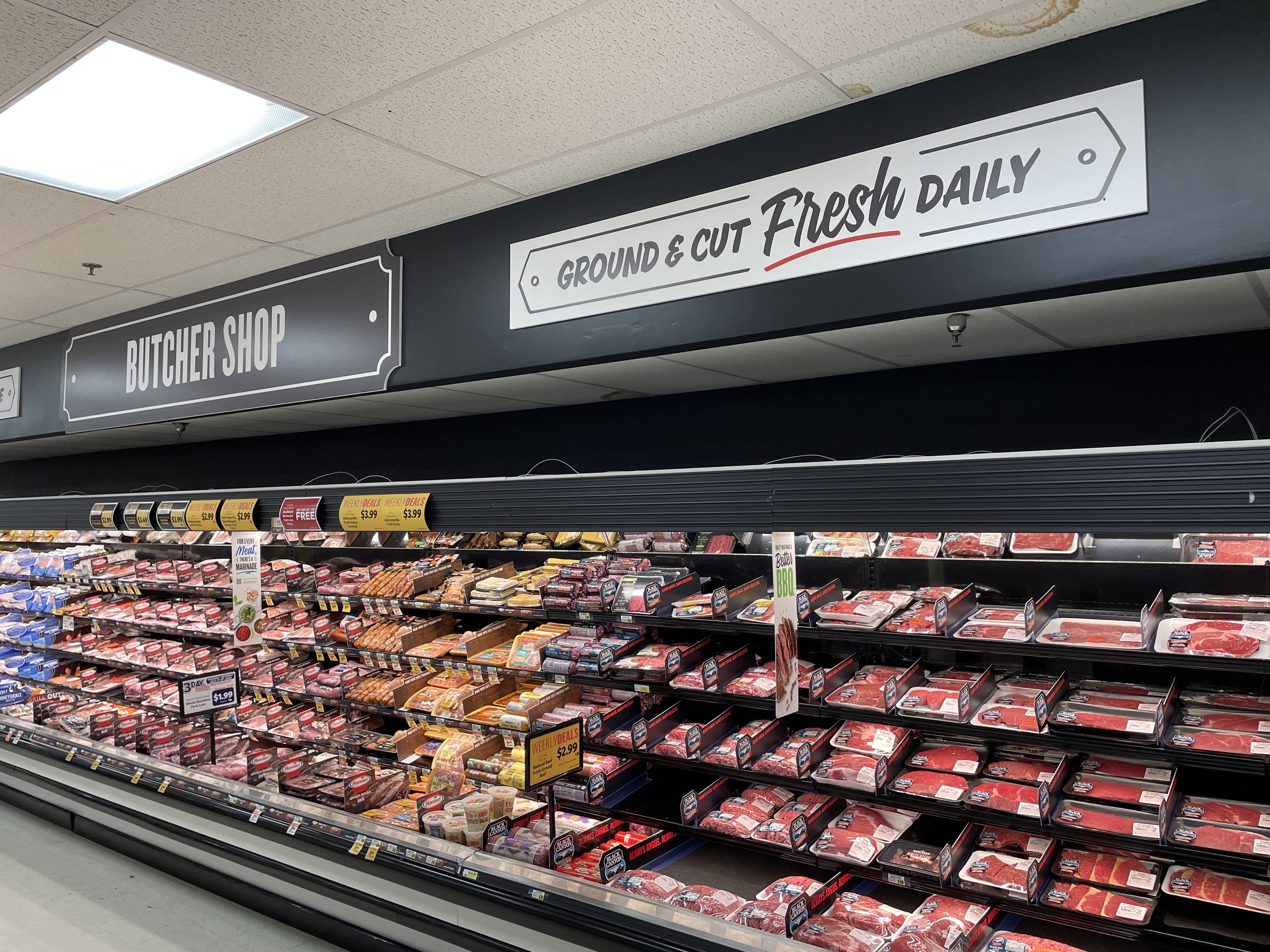 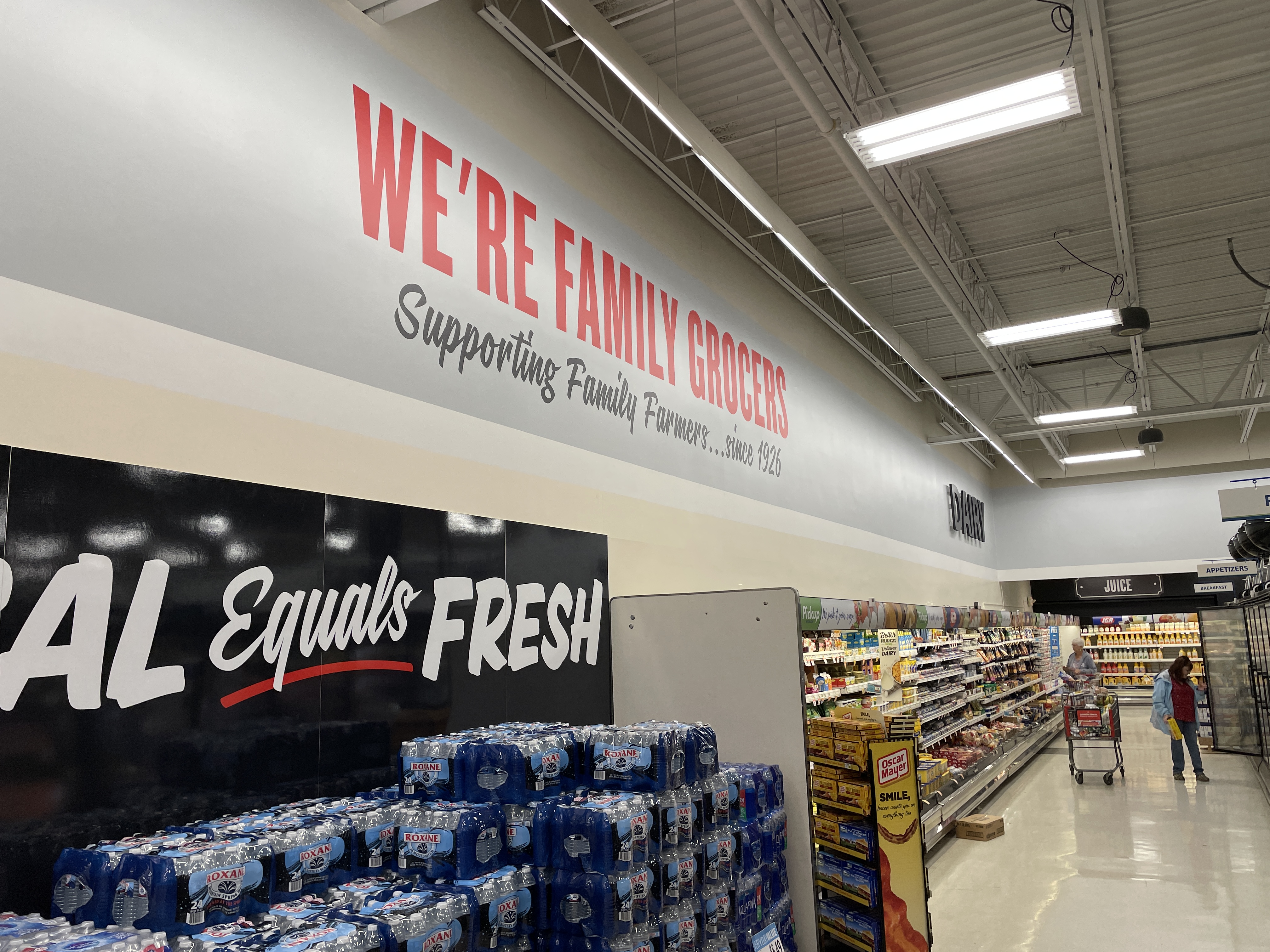