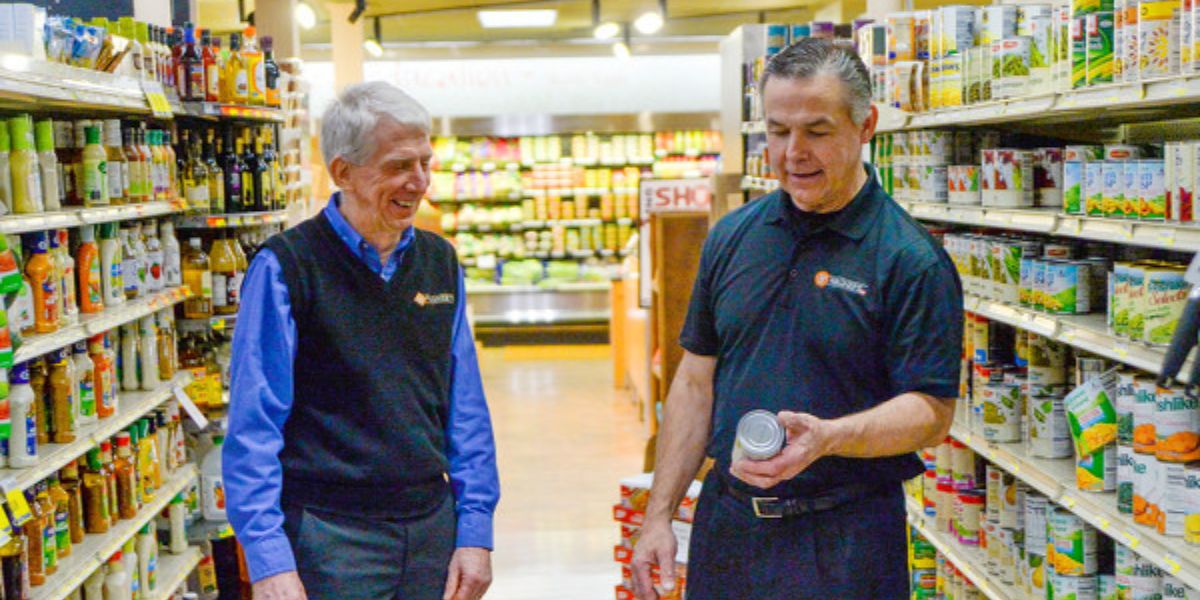 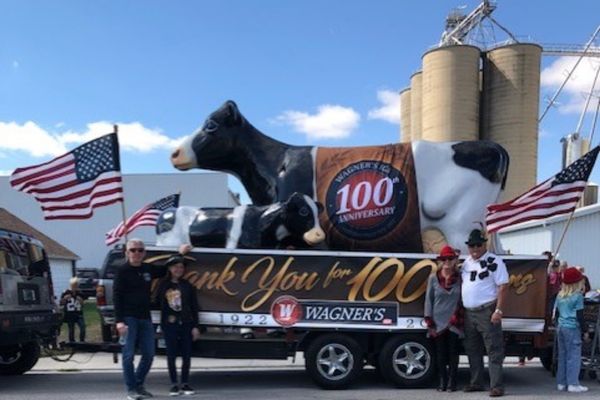 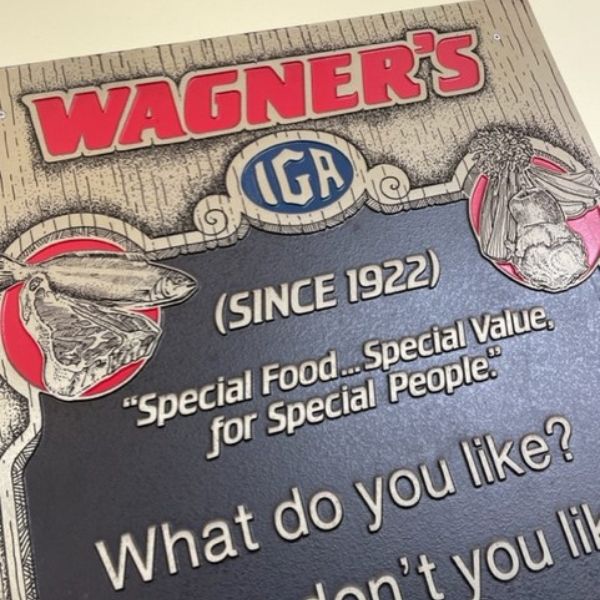 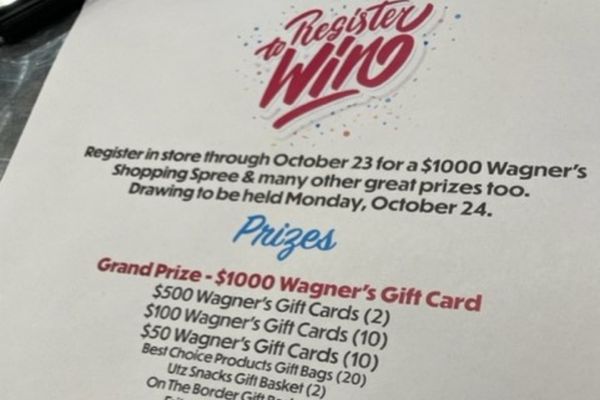 The IGA name carries a great significance in the Midwest, and the three stores under Wagner’s IGA mean a lot to its communities. Under exceptional leadership, the Hometown Proud grocer recognized its 100th anniversary with a celebration at its Minster, Ohio location on Oct. 14 and a two week anniversary sale from Oct. 10 through Oct. 23, featuring giveaways and a grand prize of a $1,000 Wagner’s IGA shopping spree.

"How exciting it is to see more and more IGA retailers — small, independent businesses that are indispensable members of their communities — reach their 100th anniversaries," Ross says. "Wagner's IGA is a prime example of our family-run, legacy businesses who have established trust and loyalty within their community."

The October celebration also marks a big transition for the three stores, as former owner Wally Wagner, Jr. will be retiring in the near future and these Ohio communities will see new owner Leo Braido lead a new era.

"The Wagner family has created a remarkable legacy in these towns and now Leo Braido will be propelling it forward," Ross adds.

The stores are in good hands, as Braido is a grocer with decades of experience in the industry. He previously owned an IGA store in Oberlin, Ohio near Cleveland. For nearly 30 years prior, he held numerous management positions at Riesbeck's Food Markets including meat department manager, assistant store director, store director, division manager, director of sales and marketing, and director of retail.

Needless to say, he has worked every corner of a grocery store. Although he ran a successful operation at Oberlin IGA, Braido was ready to be closer to family, which prompted him to purchase the business from Wagner in 2021.

“I'm going to be a grocer somewhere. That's what I am. And [buying Wagner's] is a great area ... I mean, this region right here... it's a great place to live and great place to be in business,” Braido says. "Whether it's been a good day or a bad day at the end of every day I am nothing but thankful. Thankful to be close to family and thankful to do what I love."

“They’re some big shoes to fill. They really are," Braido said on following Wagner, Jr. "But I've been doing it a long time. It's not my first rodeo...They'll continue to be successful and our goal would be to make them even more successful." 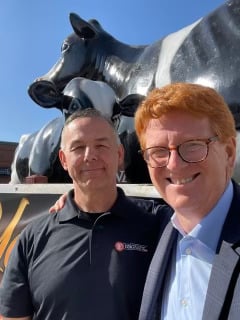 Braido is excited to bring some new enhancements to the already beloved community stores. This includes a 50% larger beer department and some upgrades to the deli department in the Minster location.

"Just a lot of stuff to basically take a good store and make it just a touch better from the consumer perspective. It's expensive and it takes a lot of capital. But it's the right thing to do for the business for the long run,” Braido says.

He’s aware that his perspective may be different from others. But Braido is always striving to improve as a business.

“My perspective is, ‘demise begins with satisfaction.’ I've always been that way. So we'll do something good, we have a great week, we have a great month – we'll celebrate it, but it won't be for long, because we'll continue to work on getting a little bit better ... and that's the way I work.”

In 1946, Wally Wagner, Sr. (A.J.’s son) came home from the armed services and joined his father in the growing business. The Minster store relocated and expanded before moving to its current location at 257 E. Fourth St. in 1979.

Wally Wagner, Jr. became the third-generation owner in 1997 and was the last family owner of the store. There are also stores in Fort Loramie and New Bremen, which were added in 2003 and 2013, respectively. Wagner’s IGA has been a member of the Independent Grocers Alliance since 1954.

“Thinking about all the accomplishments that we've had throughout the 100 years is pretty amazing,” says Wagner, Jr. “And I think that's why we kept on moving forward. Our basic principles of customer service and quality products, has been the key to our success.”

Although he would have liked for one of his children to take over the business, they chose different career paths.

"'Just because I chose the grocery business doesn't mean that you have to,'" Wagner, Jr. told them at the time. "They're all very successful and and they're happy – that's all I can ask for." 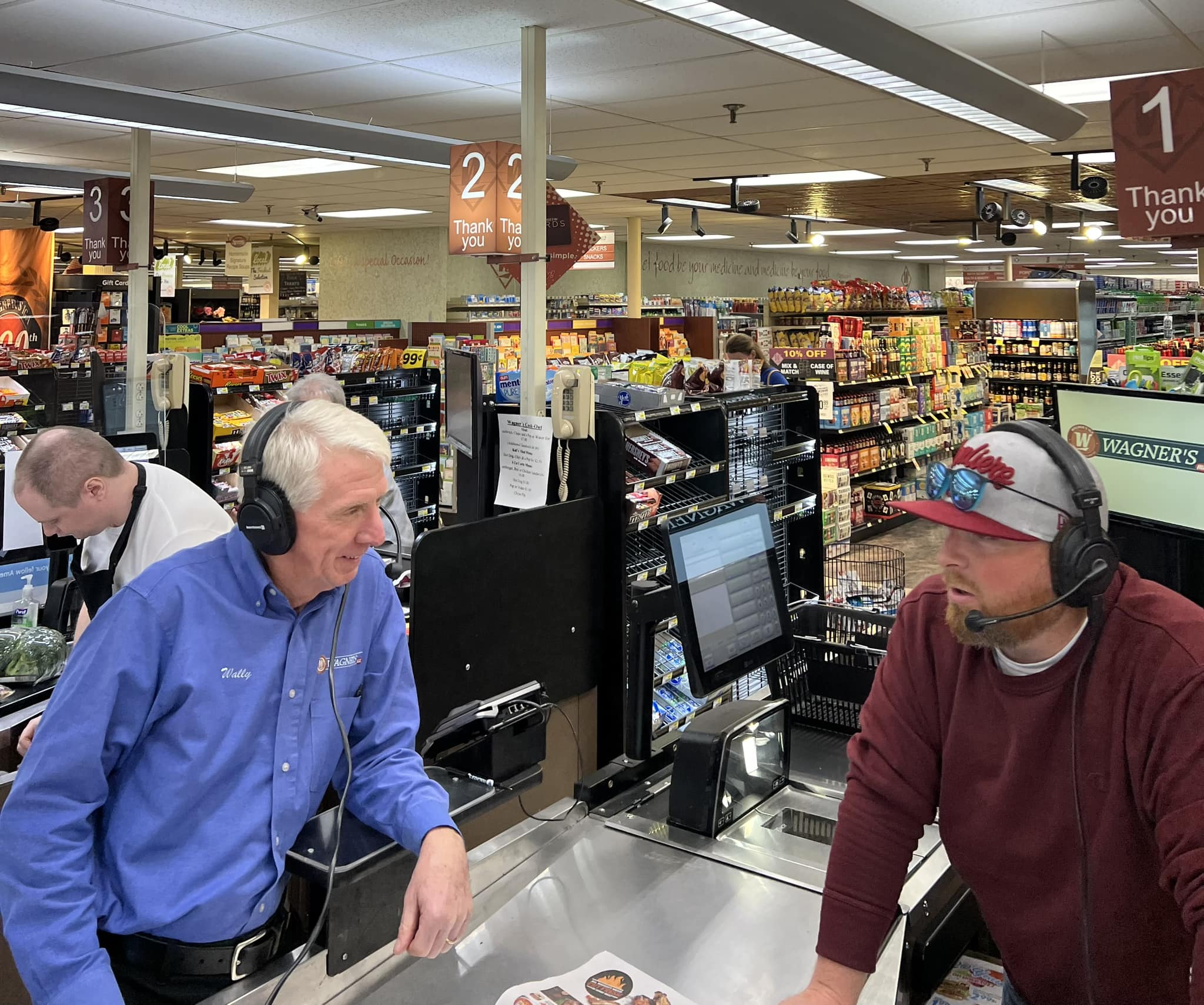 Looking back on his time as a grocer, Wagner, Jr. didn’t realize how loyal his customers were. Many people would come up and congratulate him on reaching the century mark.

“I think you go through the day-to-day grind of the of the business. And you kind of forget about some of the basic things. Loyalty of our customers is probably one that I've kind of overlooked,” Wagner, Jr. says.

"I enjoy being in the grocery industry and it's been very rewarding. And it's also been very good to our families. We are very thankful for all of that. IGA has been a great part of what Wagner's is – we identify with the IGA logo and 'Hometown Proud."'