In early August, approximately 20 crew members, one host, and a whole lot of equipment set up shop in the back of Fitch’s IGA in Wilmore, Kentucky. Although the customers didn’t know it yet, their giving spirit was about to be put to the test in front of a national television audience for ABC’s What Would You Do?.

Hosted by ABC correspondent John Quiñones, the hidden camera show uses actors to create scenarios designed to inspire observers to lend a hand. Because Wilmore had just been named the nicest place in Kentucky by a Reader’s Digest article, the show thought it would be the perfect place to shoot.

After using Facebook to research locations, a scout showed up at Fitch’s IGA in July to ask about recording the segment. Leonard Fitch, who owns Fitch’s IGA with his wife Emily, said that he was really surprised and excited to be part of the show. Leonard and Emily’s daughter, Stephanie Fitch, helped them work out the details and, about a month later, the crew arrived to set up the equipment.

For Fitch’s segment, an actor played the role of a teacher buying supplies out of her own pocket for her classroom. When the teacher’s credit card is declined, she counts out all her cash, but she is still short. Rather than leaving her students without pens and notebooks, the teacher asks the cashier to return her personal items, including milk and bread. This is an all-too-common scenario, with 94 percent of teachers purchasing supplies for their classrooms. Leonard said that the storyline really resonated with his family, as Stephanie, who is a teacher at Bluegrass Community and Technical College, has also had to purchase supplies for her classroom.

Thankfully, Fitch IGA’s customers were ready and willing to step in to save the day. As the cameras rolled, one customer after another offered their own cash to pick up the tab for the teacher and the students in her care. 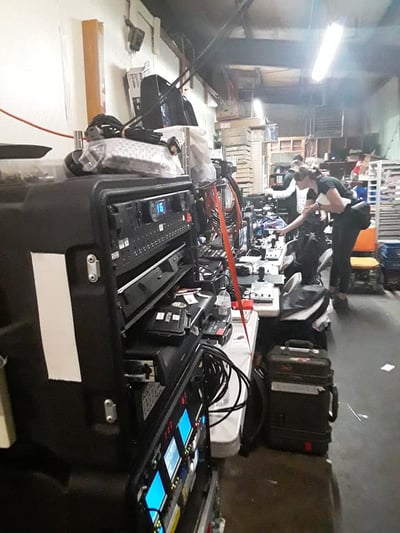 Leonard Fitch wasn’t one bit surprised by the show’s results. He noted that “this is an everyday occurrence. The community is always generous. If somebody is short, they will step up and pay for it. We try to help people and people help us.”

Leonard and Emily have experienced the generosity of the Wilmore community firsthand. Three years ago, the store’s refrigeration system broke down and, due to the expense of replacing the equipment, the Fitchs considered closing. But when the community heard that they may be losing their beloved grocery store, they held fundraisers to cover the cost of the new equipment. 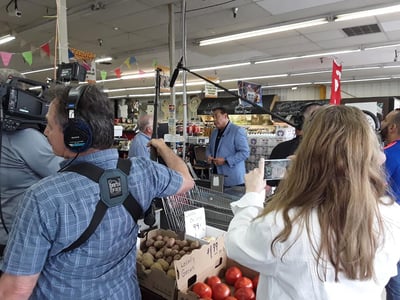 Since the episode aired, Leonard says that the reaction has been incredibly positive, and that people are really proud of their town’s appearance on national TV. In fact, one of Fitch IGA’s regular customers who was featured on the show reported to Leonard that his generosity even netted him a marriage proposal.

After demonstrating their generosity on national TV and throughout the community, Fitch IGA’s customers made an excellent case as to why Wilmore truly deserves the title of nicest place in Kentucky.

Previous Story
← How Will Shoppers Find My Ad?
Next Story
Going Digital →