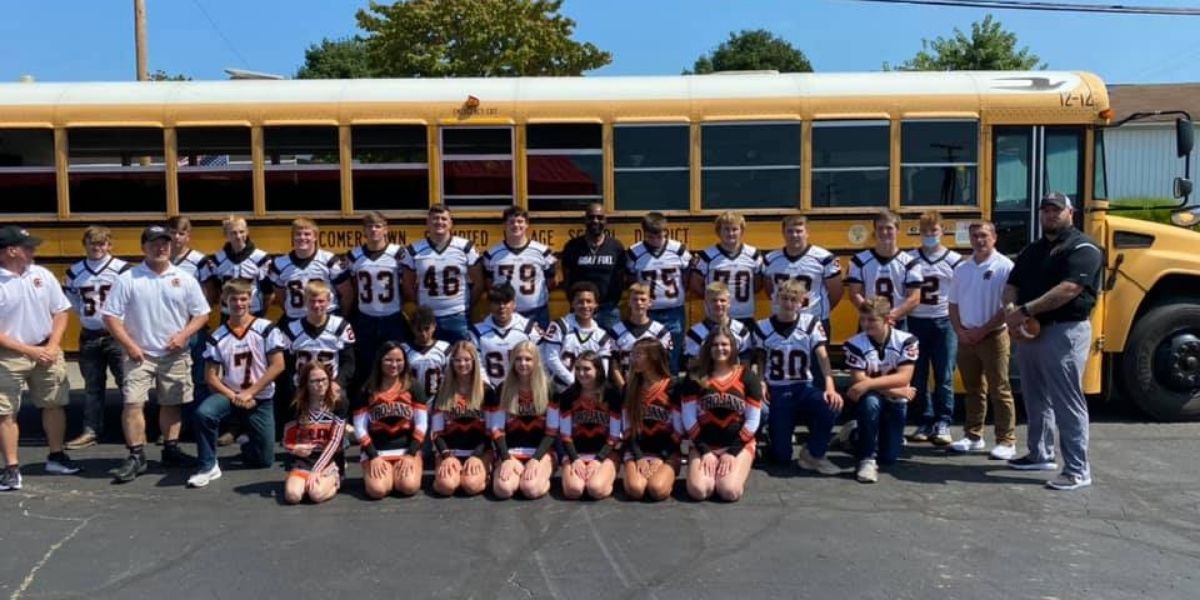 Football star Jerry Rice got the party started the second he arrived at Baker’s IGA in Newcomerstown, Ohio. The former San Francisco 49er pulled up in a simple rental car, said store owner Gary Baker, and immediately set the tone for his visit.

“As soon as he got out the people who were in line were right there and he just started fist-bumping,” said Baker, who owns the store with his wife Terrie. “I turned to my wife and said, ‘This is going to be a great time.’”

Rice was in-store promoting a new energy drink called G.O.A.T. Fuel while he was on his way to the Black College Football Hall of Fame Weekend. He was scheduled to stop at Baker’s IGA first on September 3, then move on to Kishman’s IGA in Minerva. Rice specifically wanted to promote the energy drink at independent grocery stores, rather than the big chains. The meet and greet was part of a promotion coordinated between the store’s beverage distributor, FunBev, and the store’s advertising agency, Bridgepoint, out of North Canton.

“Rick Brown at Bridgepoint did a lot of the logistic work to put the event together,” Baker said. “He told me he had worked harder to put that together than anything he’d done in all his years in the business.”

Rice’s down-to-earth attitude put everyone at ease and got the event off to a great start. “Once the tone was set in the first 60 seconds, I knew it was going to be wonderful,” Baker said. 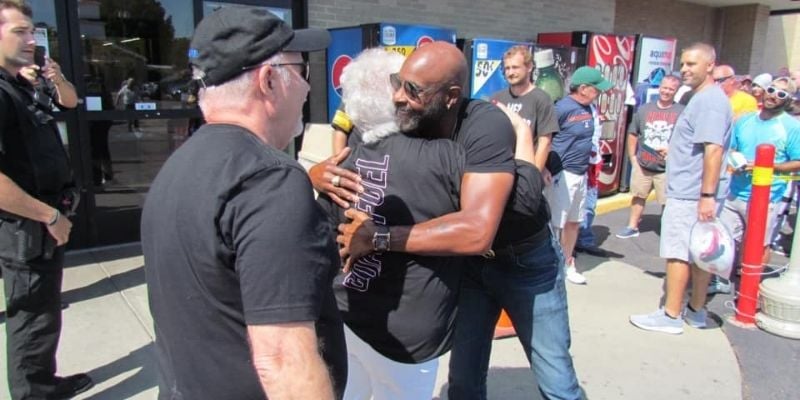 Focused on the Fans

Rice, famous for pattern precision on the football field, was the same in person, Baker said. “As we were going in the store he put his hand on my back and said, ‘Gary we got a lot of people here and I’m told I only have an hour so we need to keep things moving. We don’t want to disappoint anybody,’” he said.

The store staff kept it to a minimum of 50 people in the store at one time, with another 350 outside. "We brought them in about 20 at a time as the line would dwindle down, so we’d only have 50 in the building at a time,” Baker said. “It was a nice day outside and it didn’t stop any of our customers from shopping the store.”

Rice signed autographs wearing one of his three Super Bowl rings and for a solid hour met people, made jokes, and treated everyone like a friend. The football fans in the area usually root for the Cleveland Browns, Ohio State Buckeyes, and the Pittsburgh Steelers, but everyone was a Jerry Rice fan that day. Rice, famous for his work on the San Francisco 49ers, didn’t seem to mind.

“He signed everything for everybody and always had a smile on his face,” Baker said.

Outside the store, Rice met with the Newcomerstown Trojans, the high school and junior high football teams. He posed for pictures as a group, signed a few things, and gave them a quick pep talk about listening to their coaches and the valuable lessons they’d receive on the football field. He signed everything: a wallet, a shoe, a cast on a player’s broken arm, even a couple of footballs for the coaches. Then he was on his way.

“It was a whirlwind,” Baker said. “He wasn’t there for more than an hour and 15 but it left an impression on everyone who met him. He’s a class act.”

Greatest Way to Go Out

Sporting his G.O.A.T. Fuel t-shirt, the former NFL wide receiver brought in loads of people to Baker’s IGA in Newcomerstown. People drove 50, 75 and even hundreds of miles for this event.

“At our store, the line ended with a lady, the very last person in our store who got an autograph, she’d come from Sioux City, Iowa,” Baker said. Look it up and you’ll see that’s an almost 14-hour drive along I-74. “She drove in just to meet Jerry Rice.”

After waiting her turn, she approached Rice’s table and said “Mr. Rice, you don’t know how excited I am. I drove all the way from Sioux City, and I’m the last person in line!” Baker relayed.

The store went through a lot of G.O.A.T. Fuel that week, about 200 cases. That’s the most of any energy drink they’ve ever moved. “We wouldn’t sell that of all energy drinks combined in a month,” Baker said.

Looking toward retirement, Gary and Terrie Baker wanted a special way to step away from the store. Baker said this event will go down as one of the highlights for Baker’s IGA.

“It was probably the best day I’ve had in the last six months,” he said. “It couldn’t have ended on a higher note,” he said.

See more photos of the event at TimesReporter.com

Previous Story
← The Cyber Threat is Real: IGA Shares How to Protect Your Store
Next Story
Your 2021 IGA Global Rally Agenda is Here! →