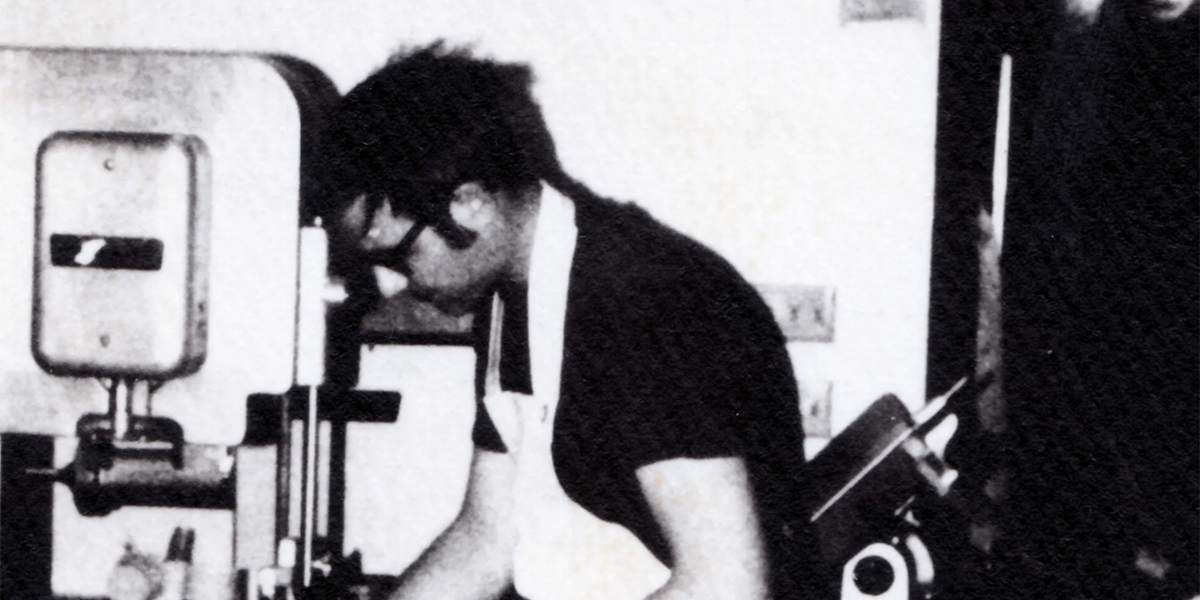 Every morning Mike Ptacek takes the long way through Ptacek’s IGA and waves to his kids: Kate in the deli, on a catering call, Ralph and Tom behind the meat counter, Rochelle rolling dough in the bakery, Pat and Nick in the office. Mike, who is in his early 70s, built this empire after partnering with his own father in the grocery business and is in the process of passing it on to the next generation. 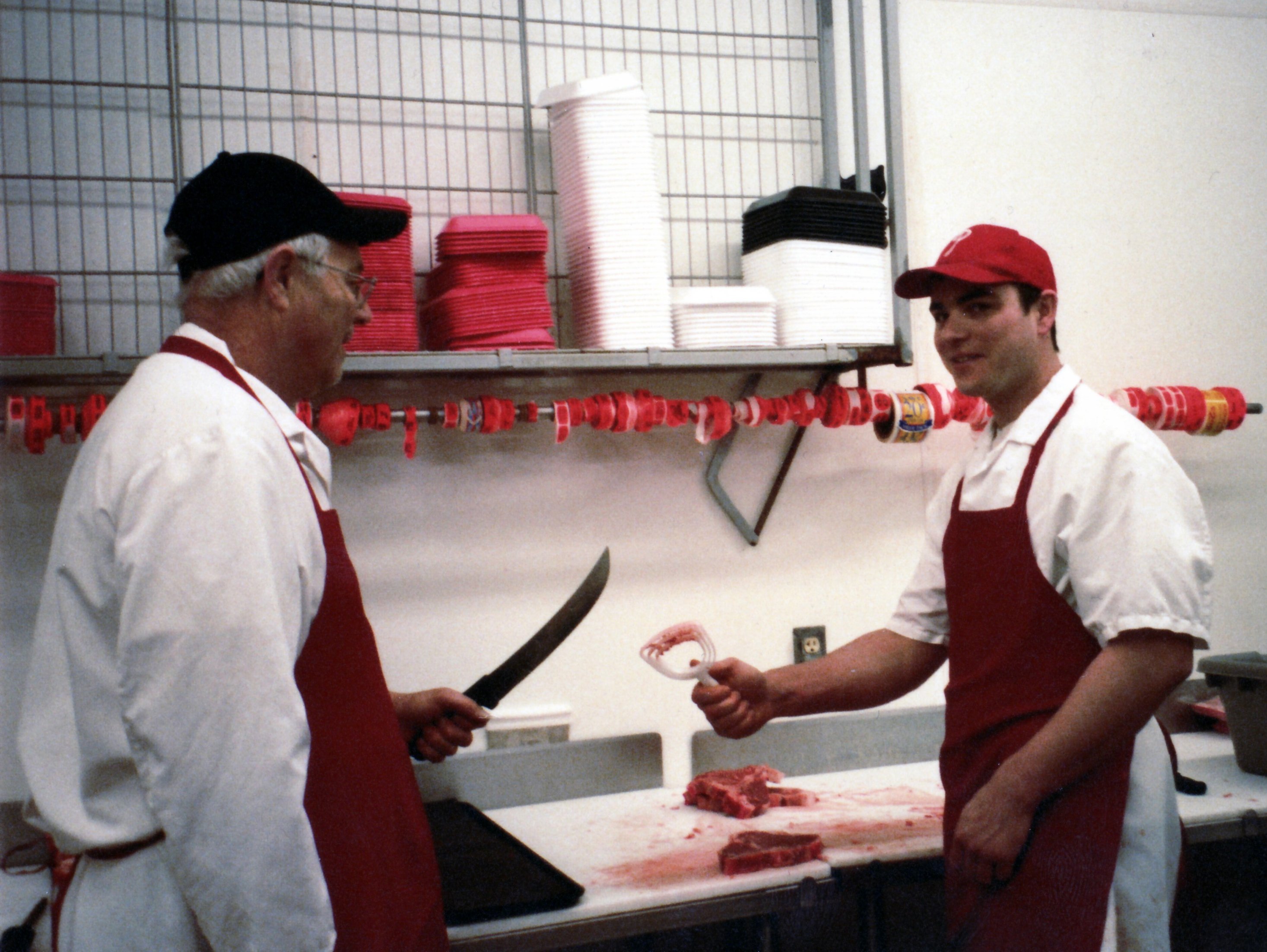 More comfortable taking a backseat in the business these days, Mike holds court in the store’s huge deli seating area — bigger than most restaurants around town — and has coffee with the locals every morning, enjoying the fruits of his labor. Then he tools around in the bakery and in the deli, connecting with the community that helped build the business.

“I’ll give him a pile of credit,” said Pat, part of the fourth-generation in the Ptacek family to own a grocery store in Prescott, a summer boating community on the far west side of Wisconsin. Five years ago, when he was about to retire, his son Pat came to him with an idea: Let’s build a new store. “He built his baby and now he’s in his late 60s, he’s almost free and clear and now my son wants to go borrow $5 million and put me back in debt?”

Learning From Their Fathers

The Ptaceks have a lot of history to protect: The family store started in 1912 when John Ptacek opened a meat market. His son Don Ptacek bought a nearby grocer on Broad Street and combined it with his father’s business to launch Red and White Grocery in 1944. Don took over the store from his father, ran it for 30 years and kept up the family tradition, partnered with his son Mike in 1973, renaming it Star Market, and fully passed the torch when Mike purchased the rest of the store January 1, 1979.

IGA is a 90-year-old brand, and the story of passing the store from father to child is familiar to lots of families with multigenerational stores. In the McGregor family, Archie Jr. passed his name and his love for the grocery industry to his sons.

“Working with your dad, you can help fulfill his dreams,” said Archie McGregor III who runs Dissmores IGA In Pullman, Washington, and learned the grocery business from his father, a decades-long member of IGA and an honored International Retailer of the Year. 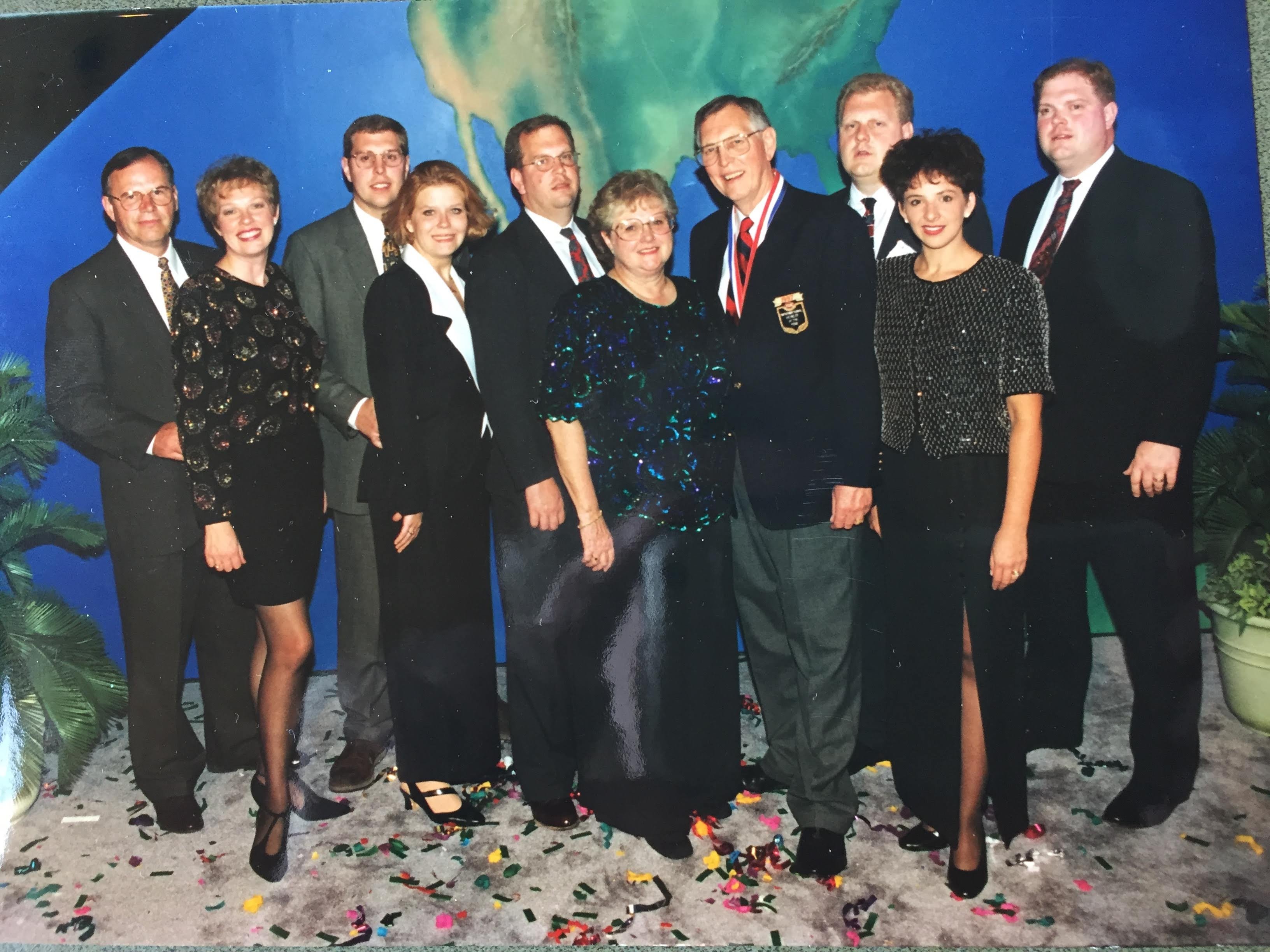 When McGregor graduated from college with a computer science degree his dad asked him to work in the store for a summer. “I was going to start and move on but I never moved on,” McGregor said. His brother Brian joined the business and they ran the IGA in combination with a building supply center. “We decided to expand the store and get out of the building supply business.”

Over the years the family has owned three IGAs: The Original Archie’s, an IGA in Glenwood and Dissmores. “When my dad retired I took ownership of one of the IGAs and my brother took over the original store,” McGregor said. The stores are 75 miles apart, so they don’t compete, and the brothers help each other succeed by passing on the tips they learn in their own experiences.

Dissmores passes on that family feeling to the students attending nearby Washington State University. The town’s hometown grocery store offers ready-to-heat and ready to eat meals, a touch of home to the college students who frequent the store and are learning how to shop and cook for themselves.

Generations of families have crossed through both stores over the years. Fathers and even grandfathers stock up the dorm fridge at Dissmore’s when their kids go off to school at WSU. “Parents are sending their kids off into this unknown land, and want to know are they going to be OK,” McGregor said. “We try to be there to help when parents have issues. If they need something we can try to take care of it.”

McGregor said his father now gets out more often to enjoy life rather than being tied to the store and is getting some satisfaction out of passing the reins. “We got to the point where he could leave and felt comfortable leaving,” he said.

One challenge family businesses face when they’re handing over the store to a new generation: What innovations will help improve the store? “A lot of it is taking the old true tradition and merging it with the modern technologies and the change in the way business is done,” McGregor said.

In Wisconsin, the Ptacek family decided to jump into some modern grocery practices, like investing $125K to bring in a Caribou Coffee franchise and offering curbside pickup and bringing in FreshOP in 2019, an IGA partner that offers quick, contact-free delivery. “At that time he was like ‘People aren’t buying groceries online,’ and I was like ‘Dad, I don’t buy anything in the store anymore,’” Pat Ptacek said. When COVID-19 hit, Ptacek’s IGA was one of the few independents ahead of the curve. “A lot of those things validated our ideas and helped him give up more of his reigns.”

Innovation has never been a hiccup at Harvest Market IGA on California’s Mendocino County coast, said Jennifer Bosma, whose father Tom Honer started the family-owned store in May 1985. “One thing he’s always prided himself on is being ahead of whatever trends were coming,” Bosma said.

Bosma’s worked in the grocery off and on since she was 13, first bagging and checking groceries, later in health and beauty, floral and also lending a hand on weekends catering gigs. “I called myself spackle because wherever there was a hole I’d go fill it,” she said.

She took time off to earn a biology degree, get married and raise kids, all the while filling in at the store when she could. In 2005 she and her husband officially joined the IGA team, Jennifer is vice president and Tim is the district manager of the family’s two stores. “I moved up upstairs and started what I call ‘Downloading my dad’s brain,’” she said. “My dad started in the grocery industry when he was 16 and now he’s 72. He has a lot of experience to share, and he’s done a lot for the grocery industry. He really paved the way for the natural and organic category.”

Why Work with Family?

These days her dad works about four hours a day and is opening up to the idea of Bosma and her husband running the store. Does she recommend getting into the business with dad? Yes, as long as you can set some boundaries.

“I think setting some ground rules, in the beginning, would be good,” she said, “but it has been good for us. We talk things out if we don’t agree on the way something needs to be done and there hasn’t really been an issue where we haven't been able to resolve it by talking it out.”

McGregor agreed: Going into the family business certainly has its benefits. As the kind of guy who likes to celebrate successes with people, he finds the feeling doubles when you’re working with your dad. “In your family, you take more pride in those successes,” he said.

Previous Story
← Master the Grill this Summer
Next Story
BBQ 101: Know Your Cuts of Beef →

These Stories on Shopper Solutions

The Ultimate Guide to the Easter Ham