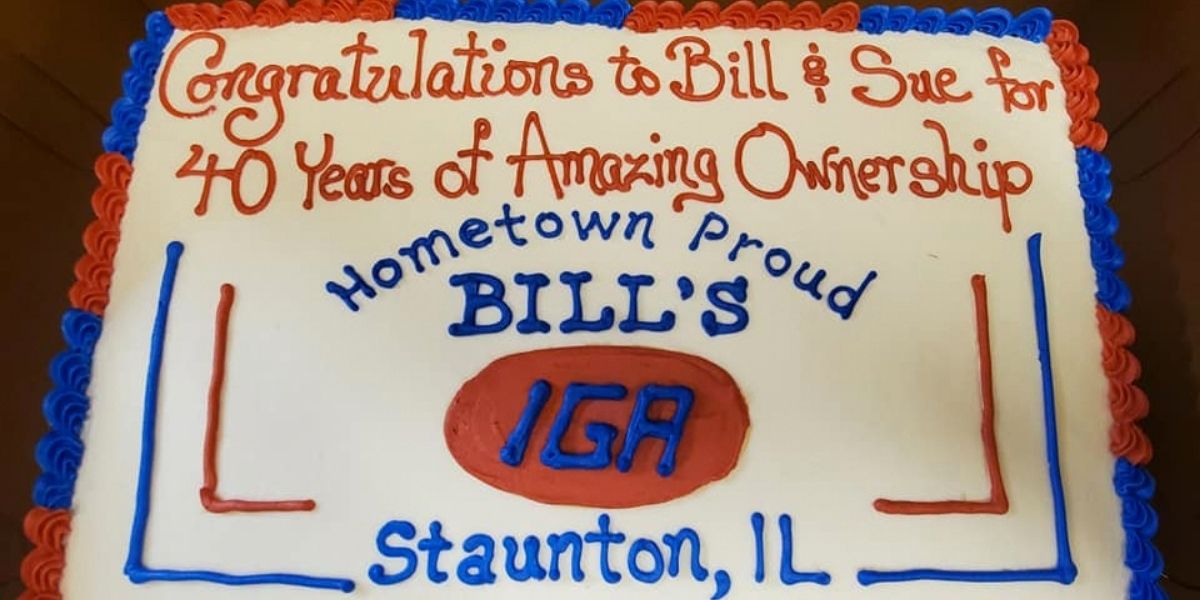 How One Retailer's First Job Led to 40 Years in Business

Bill Miller heard a comment one day from his boss, Alvin Grimm, that changed the course of his life. Alvin owned the grocery store where Bill got his first job, carrying groceries out for customers. That day he was still in high school, ready to ship off with the Navy. His thoughts were on the world, not on running his hometown grocery store.

“You could own this one day,” the older store owner said, according to the story retold by Miller’s daughter Becky Painter. The idea stayed with Miller as he joined the Navy, and then became a plan and finally a mission.

When he returned to Illinois from his time in the Navy, Miller knew couldn’t buy the grocery store outright. Instead, he started working as a manager, taking what he knew from working there plus what he’d learned in training.

It didn’t take long for Alvin Grimm’s keen prediction to come true. In 1981, Miller bought the store and unveiled Bill’s IGA. Now 40 years in, the Miller family is deeply tied to the community, and known as the hometown proud grocers in Staunton, Illinois. 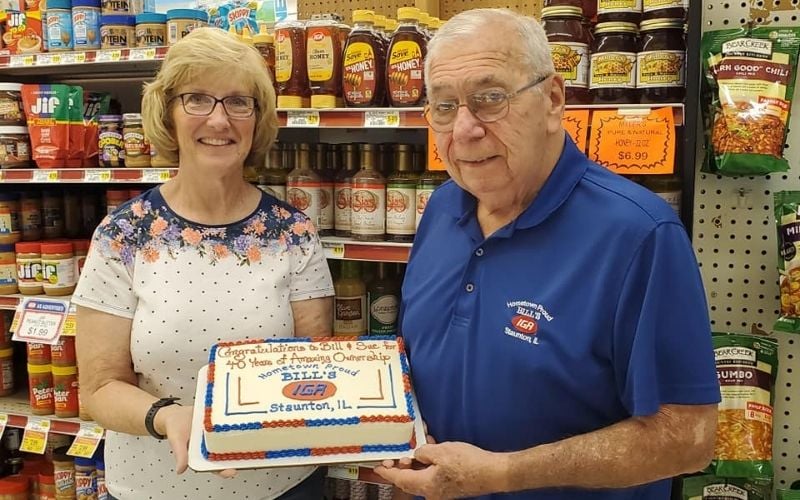 Sue and Bill Miller celebrate the store's 40th anniversary with a cake.

Even the 40th anniversary celebration is all about the customers, offering hot 10 for $10 sales, deep discounts on summer favorites, and anniversary giveaways that include a smart TV, a fishing package, eggs milk and bread for a year—all to help their customers. The party atmosphere will help foot traffic but more so it reflects the connection the store has with the community: When one of us wins, we all win.

“My dad has been huge in supporting the community; my whole life he was always contributing to the local organizations,” said Painter. “He’s known for his hometown support.”

The local churches, the Masonic lodges, the fire department, school fundraisers, and the food pantry—no matter who came knocking, Bill Miller and his wife Sue were reliable when someone in the community needed a hand. 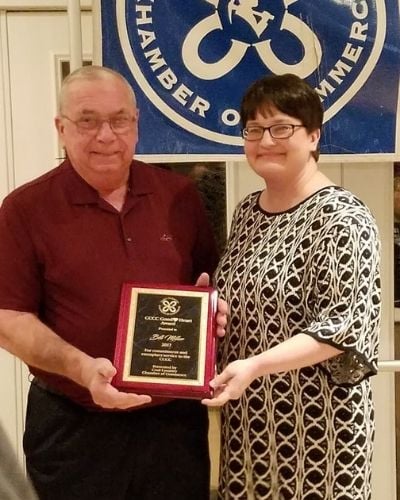 “Billy and I were brought up that way and now we’re trying to fill his shoes,” said Painter. She and her brother Billy worked at Bill’s IGA in high school, went out in the world to learn new skills, and came back to the store with new ideas. They’ve each been back at the store more than 20 years and are stepping up to run the store more and more as Bill and Sue let go of the day-to-day management. “It’s a nice balance of skills.”

Since Miller doubled the grocery store’s space in the late 1980s, the store has succeeded on 12,000 square feet, and recently added online shopping to expand their reach.

The store implemented online shopping with curbside pickup right before the COVID pandemic hit (www.shopbillsiga.com) and Painter said their timing couldn't have been more perfect. Post-pandemic, the family continues the store’s long tradition of delivering orders for free to senior citizens in the area.

Their commitment to the community remains—even with the challenges presented in 2020, like the hours they spent searching out egg cartons so they could sell by the dozen. After 40 years, Bill's IGA is more Hometown Proud than ever.