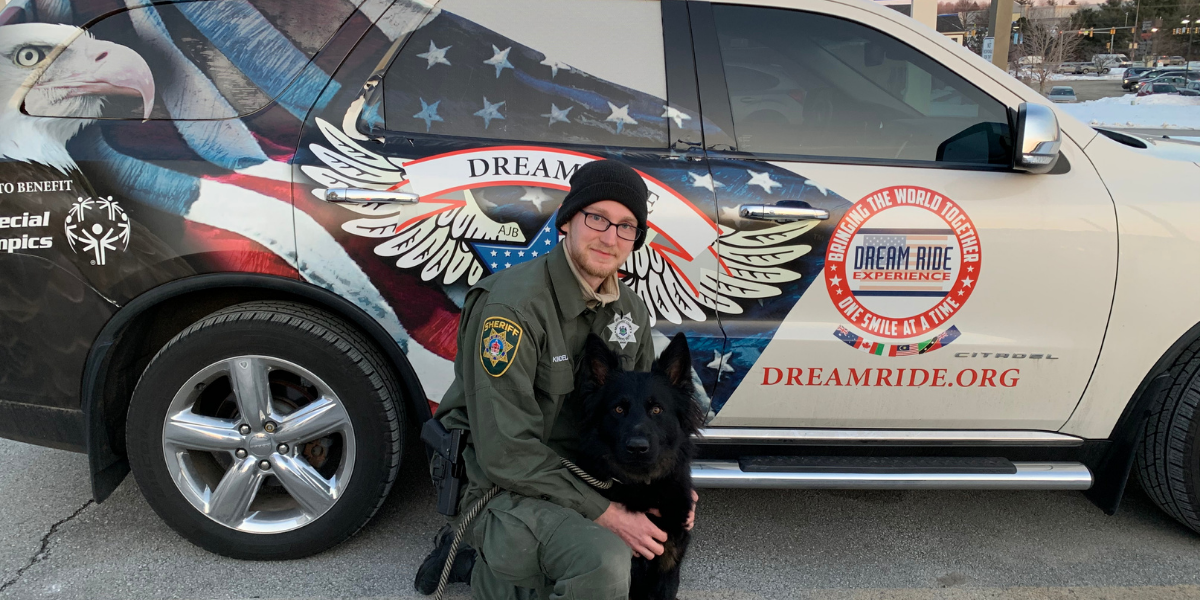 When Kimberly Brackett of Brackett’s Market in Bath, Maine, joined 13 local IGA retailers and the Bozzuto's Hometown Foundation to fund the purchase and training of Hero the pup, she hoped he would live up to his name. Little did she know he would save the life of a local man.

In late October, Hero delivered on his K-9 training to track and locate a distressed individual at risk of self-harm after eluding authorities and fleeing into the woods of Androscoggin County, Maine.

Because the current Androscoggin County K-9 unit is still in training, the Sagadahoc County K-9 unit was called to assist despite an hourlong drive between them. Upon arrival, Hero used his skills to search roadways and woods, and his keen nose led the team to the base of a tree just beneath the man who was hiding up top. Thanks to Hero and Deputy Zac Kindelan, the man was located just 14 minutes from the time they started out. The man, who was considered suicidal at the time, was removed from the tree unharmed, and safely transported to the hospital for evaluation.

Meanwhile, Hero became the talk of the town, and garnered attention from the Hometown Foundation, the non-profit that helped acquire him just a few years ago with the help of Brackett’s Market and 13 local IGA retailers, including: Buddies, Fuller’s Market, LaPerle’s IGA, Lyon’s Market IGA, Main Street Grocery, Pond Cove IGA, Princeton Foodmart, R&M IGA, Rangeley IGA, South West Foodmart, Tobey’s Grocery, Wells Foodmart, and Woodland Foodmart. Their donations funded Hero's training at the All Points Maine State Police Canines, but as Brackett says, it wouldn’t have happened without the added generosity of Michael Bozzuto and the support of the Hometown Foundation.

Brackett praised the non-profit’s ability to push store fundraising efforts over the top to meet goals capable of changing lives. “They do so much to enable us to do more in our communities," she said. "We put a little in and a lot comes back to us. Michael and his sister Jane have incredible hearts and goals. They are the most generous people, and it’s not about them—it’s about enabling us to be the best we can and do more for our communities.” 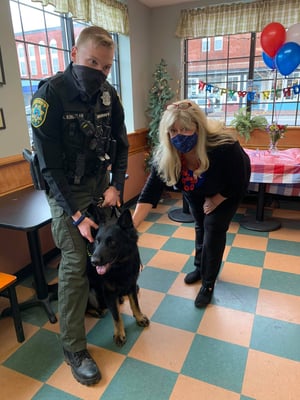 In late November, Kimberly and her team at Brackett’s Market organized a small but extra special birthday celebration for Hero, and a thank you to Deputy Kindelan as a show of appreciation for their work in the community. Hero, a handsome Belgian Shepherd, requires food specific to his breed, so the store gifted him $500 for copious kibble, while Stacey from the service desk baked him healthy homemade dog cookies (which are now long gone). More importantly, Hero and his team received a critical piece of equipment to aid in tracking pursuits: a Garmin Alpha 100/TT 15 GPS Dog Track and Train System with a handheld receiver for the humans to communicate with Hero’s fancy new collar technology. 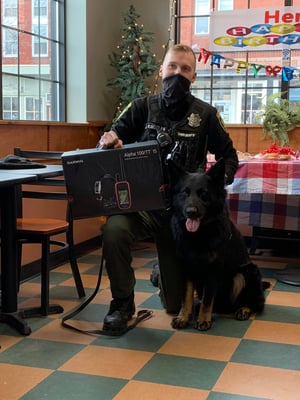 As a COVID-19 precaution, the Brackett’s team provided the officers in attendance with a huge to-go basket of bakery treats and paper party supplies for them to enjoy back at the court house. It goes to show the importance of gratitude shared between essential workers during difficult times, because the spirit of doing so is what makes a community great. And it’s no less sweet to celebrate a member of our IGA community that helped one very special good boy have his day.