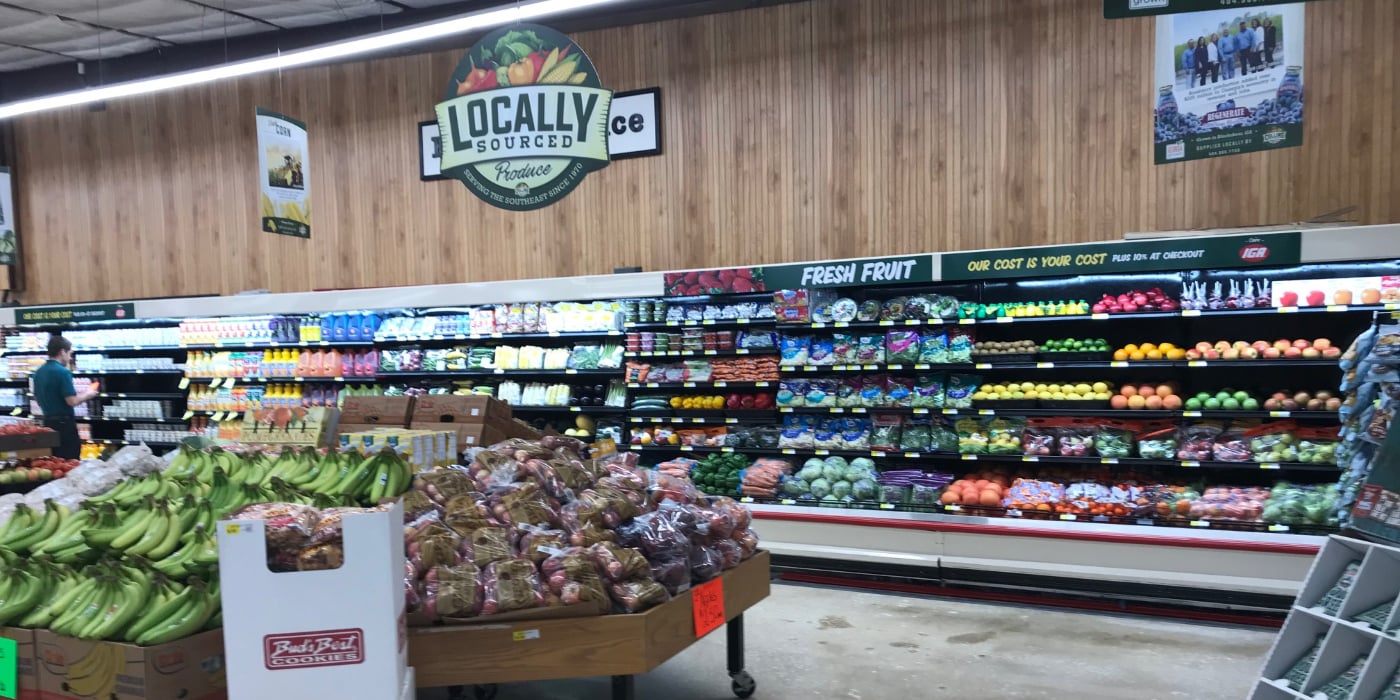 Cairo IGA sustained major damage when the EF-2 tornado touched down on March 3, 2019 and the store was forced to close for seven months to rebuild. Situated on Second Street in the heart of downtown, the store was one of many Cairo businesses hit hard, less than six months after Hurricane Michael’s impact had reached the town.

District Manager Chuck Hanks, who oversees four area IGA stores, was in Cairo when the tornado hit, and while he was only 10 blocks away, it took him close to two hours to travel across town to the store, because of all the debris and damage throughout the community.

“I have four-wheel drive and was driving through ditches, around fallen trees, you name it,” he said.

When Hanks finally made it to the store, he discovered extensive damage. The tornado had taken out part of one wall and 25 percent of the roof. There was water inside, and the drop ceiling was falling in and needed to be replaced. The team removed the groceries, and those that weren't donated to local charities were given to a local restaurant that still had gas and power. The restaurant cooked meals and fed members of the road crews and linemen working on the cleanup.

The silver lining in this natural disaster: no one was hurt. The storm hit about a half hour before store closing and there were around 10 employees and a handful of customers still shopping. Hanks credits the store manager on duty, Gabe Lewis, with thinking and acting quickly to ensure everyone’s safety.

“They say when you hear a storm coming, it can sound like a train coming," Hanks said. "Gabe heard the front door swinging open [from the force of the winds] and got everyone to run back to one of the produce coolers. Within 30 seconds to a minute, everything was over.” 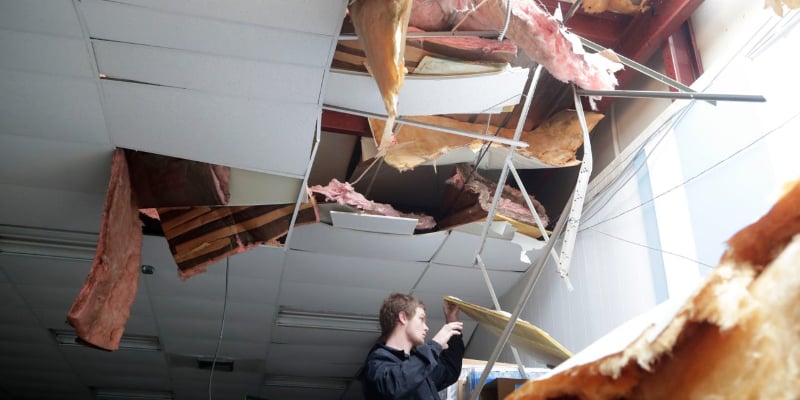 Store Manager Gabriel Lewis was on duty at Cairo IGA during the tornado. In this photo, he is cleaning up ceiling tiles that were strewn throughout the store. Photo: Alicia Devine, Tallahassee Democrat newspaper.

While the store was closed for half of 2019 and reopened mid-October, there were some bright spots in the tornado’s aftermath.

For starters, Cairo IGA employees who wanted to stay on were able to be reassigned to a nearby IGA or one of the company’s two restaurants, said Hanks. “Normally if a store’s closed for seven months, employees have to find other jobs, but fortunately everyone was able to keep working.”

The store owners also found a creative way to salvage the situation by repurposing some of the downed trees and working them into the store. “The tornado took down a ton of trees. We had some milled and used them throughout the store,” said Hanks. 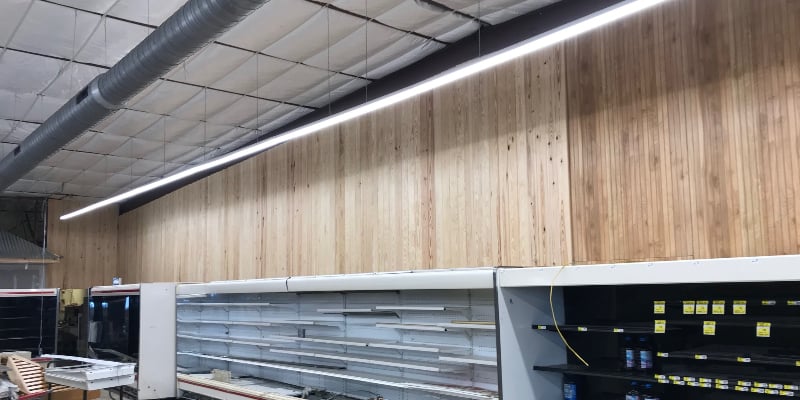 Since the store had to be gutted, the owners took the opportunity to make some interior updates as well. According to Hanks, they widened the aisles, added 21 extra doors of frozen food, new refrigerated cases, installed LED lighting, expanded the sliding doors in the entrance, and put in an additional checkstand.

“Everything’s brand new, which is nice,” he said.

While there is still a bit of work to be done on the exterior and they need a new sign for the front, customers have responded positively on the store’s Facebook page: “Like the new layout of store and friendly service as always,” writes one. Says another: “So thankful to have Cairo IGA open. The new store is well stocked and spacious.”