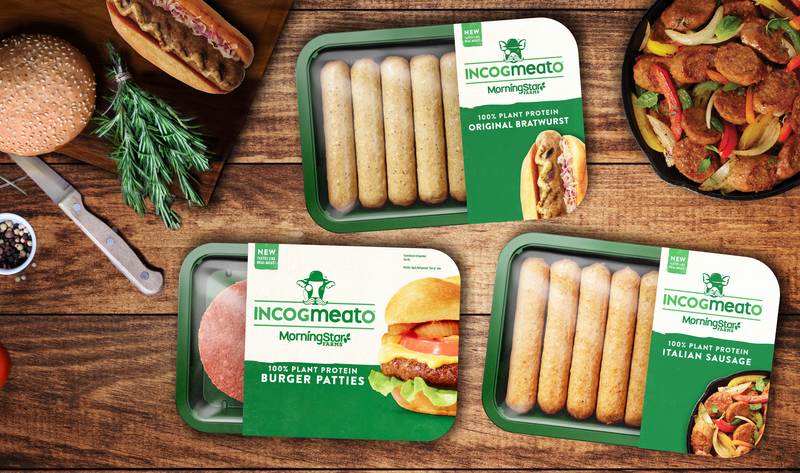 It’s an exciting time for flexitarians and the retailers who cater to them. What’s a flexitarian? Flexitarians are people who want more plant-based foods in their diet, but they also eat meat. This consumer niche is growing exponentially, and large manufacturers like IGA Red Oval Partner Kellogg’s USA have developed plant-based products that look, taste, and perform just like meat to help retailers target this growing consumer category.

The plant-based business has grown by 5.6 percent annually since 2004 with an anticipated increase of 19.2 million households to this category. “That means $2 billion in new category sales over the next six years,” says Mike Browne, vice president of sales, wholesale channel, Kellogg’s USA.

Watch the full interview with Kellogg’s Mike Browne below, or read on for more.

There have long been vegetarians and vegans, who make up 8 percent of consumers in the U.S., according to Browne. The emergence of the flexitarian opens up a huge new sales opportunity, and Kellogg’s USA has the technology and plant-based food foundation as a company to help retailers grow sales in the category.

“Flexitarians are folks that want a choice, and they want to have both plant- and animal-based foods in their diet,” Browne says. “They’re looking for plants to bring diversity in their diet for health and wellness, environmental reasons, and other things that are important to them. And taste is always important to them.”

“It was a novelty before, but now, one in two Americans will drink plant-based milk,” Browne says. “And 90 percent of them drink both animal-based and plant-based.”

Browne sees a similar trend happening in plant-based meat products, with refrigerated products leading the new growth. “There have been frozen meat alternatives for a while doing very well, and now refrigerated is coming into play,” he says. “About 40 percent of leading food firms have something in development for plant-based alternatives to meat and dairy products.”

The technology for manufacturing these types of products has vastly improved, Browne says. And Kellogg’s is on the leading edge with its Incogmeato brand products that taste and perform just like meat. “Flexitarians want meat,” Browne says. “They want chicken that pulls apart like a real chicken nugget and a burger that browns and sears. And of course they want good taste.”

The technology wasn’t there before as it is today, and the supply chain makes it happen. “All those things have to come into place for large growth,” he says.

Incogmeato products come frozen, so retailers can simply slack it out on the store shelves as needed, and the shelf life is 12 months. “Technology enables you to avoid the shrink that sometimes comes when operating animal based protein,” Browne says.

“There are going to be retailers who see what happened with milk, and they’re going to be rightfully purposeful,” Browne says. “I would love to have all of our retailers have that same ability to help shoppers find what they’re looking for and discover some new things as well. Retailers will benefit from the goodness of the food and the sales and profit that come with it.”

These Stories on Red Oval