Four weeks into Russia's attack on Ukraine, 3.6 million people have fled the country and nearly 1,000 have died, according to the UN Human Rights Office. The conflict has resulted in a humanitarian crisis not seen in Europe for decades, and is putting additional stress on the world economy as it experiences record inflation, which could soon impact the grocery industry.

"While it remains to be seen how and when consumers will feel the effects of the Russia-Ukraine conflict at their local grocery store, any disruption in the global food chain could exacerbate existing supply chain challenges and impact the industry’s ability to bring some products to the shelves and keep prices already impacted by inflation as low as possible," the Food Industry Association (FMI) said in a statement, adding that increases in oil and gas prices due to the conflict could further contribute to higher grocery prices due to increased transportation costs.

IGA CEO John Ross has heard from retailers and wholesalers across Eastern and Western Europe who are especially concerned about disruption to the supply chain. "They believe the conflict in Ukraine will have substantial impact on the European continent’s food supply, as well as export partners all over the world," he says. "Especially in terms of Ukraine's wheat crop, which keeps European, Russian, and Chinese populations fed. If that crop is trapped in Ukraine, thousands of people could be nutritionally compromised in countries that have not considered starvation effects since the end of the second world war."

But in countries neighboring Ukraine, supply chain and crop issues are far from immediate concern when refugees are crossing the border by the minute, in need of food, water, and shelter while trying to locate family.

Eurocash, the largest wholesaler in Poland and an IGA licensee with nearly 3,000 Ukrainian employees, has been working tirelessly since the conflict began to help their employees and families. "Our main concern is to help them get their families to safety in Poland," Pedro Martinho, a Eurocash shareholder and executive vice president, says. "We were already able to reunite 400 families, providing them with transport, essential goods, and a place to stay."

The team is creating housing platforms for refugees and recruiting employees' family members who are willing to work, while many employees are offering accommodations to refugees in their homes. As of press time, at least 40 people have found housing through the organized efforts of Eurocash franchises. "Employees can count on our financial support for local voluntary projects, such as renovation of a refugee apartment or for a day-room for children," says Magdalena Bajer, communications manager at Eurocash.

In addition to providing shelter, Eurocash units, departments, and individual employees are donating food and products to local charities and mobile grocery stores that visit border towns daily. "Every day, one of the Gama chain partners prepares several hundred free hot meals for refugees," Bajer says. "Besides that, we have sent already 30 tons of essential goods, like food, hygiene products, and medicine—and our people to distribute it—to the Poland-Ukraine border to make sure people arriving have their urgent needs covered," Martinho adds. 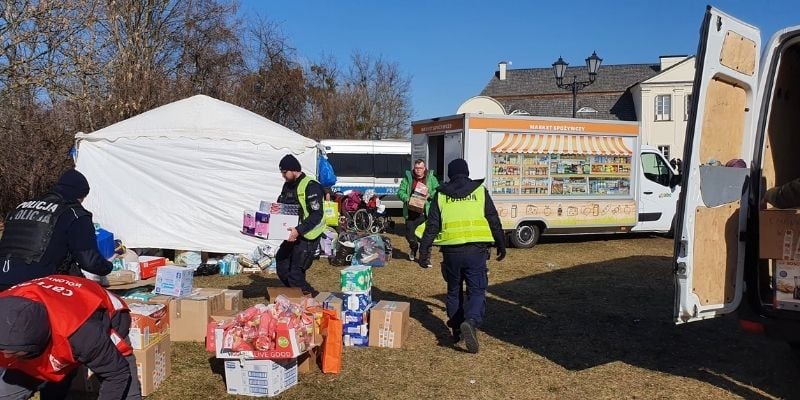 IGA shoppers in Poland have asked how they can help, and Martinho says that Eurocash is helping them with any assistance they want to initiate themselves, as well as organizing food and hygiene product collections in stores. According to Bajer, one chain collected over 2,000 products in a few hours, while another ran a campaign where all purchases with the loyalty card between March 3-9 were donated to the Eurocash Group Foundation, which is organizing aid for Ukrainians. "We managed to collect almost 200 thousand zlotys!" Bajer says. That's nearly $47,000! 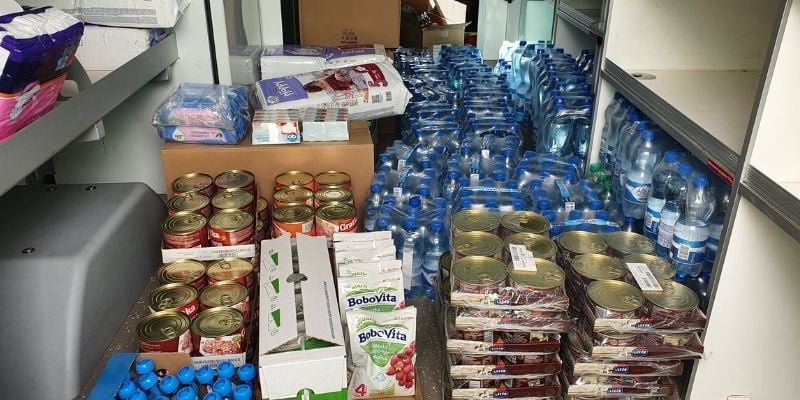 As the conflict continues, Eurocash has deepened their commitment to employees and their families. "We have opened a helpline with Ukrainian-speaking operators to answer questions and funnel support requests, and have set up a cross-functional crisis management team to coordinate all our efforts and make fast decisions," Martinho says.

Eurocash is also going beyond offering food and shelter to refugees by developing a process to employ them for positions within the organization. "We are preparing a language and job training program for the refugees," says Bajer.

"Poland is really stepping up to help," says IGA Chairman Mark Batenic about the efforts Eurocash and its chains, including IGA Poland, are making to help their Ukrainian neighbors. Bajer says the people feel a solidarity with the Ukrainians because they still remember the tragedy of the war in Poland several dozen years ago. "They provide help willingly in many different ways, because they perfectly understand how much this help is needed. Sometimes it is a hot meal, sometimes a baby stroller left at the train station for a mother who needs it for her child, and other times it is the admission of refugees to their home. Although we are all anxiously watching what is happening beyond our eastern border, sadness and grief are mixed with anger and fear, we believe that this war will end soon."

Want to help Eurocash's assistance efforts in Poland and Ukraine?
IGA USA has organized a fundraiser to aid the Eurocash Group Foundation and will match donations up to $10,000.

Whether you or your store would like to contribute or if you organize a fundraiser to allow your shoppers to contribute, IGA USA will route your donation directly to the Eurocash Group Foundation (EGF). Write the check to IGA, Inc., and include a note in the memo that it is for EGF or Ukraine.

All donations go directly to the Eurocash Group Foundation.