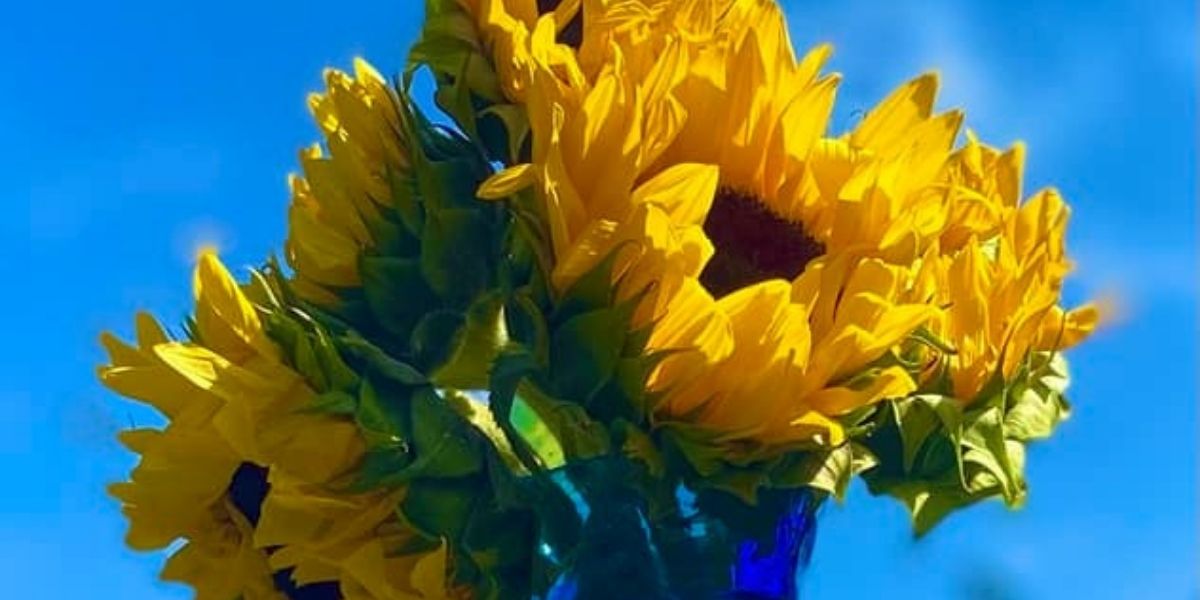 The devastation caused by the war in Ukraine is far reaching, and many have sprung to action to help however they can, however far away they may be. At two IGA stores in Northern California, that help came in the form of sunflowers.

“Diane, our employee in charge of 'creating customers for life,' wondered how we could help. And then she thought, ‘What about sunflowers?’” says Jennifer Bosma, owner of the Harvest Market IGA stores in Mendocino and Fort Bragg, California. “It’s a symbol we’ve seen everywhere for Ukraine.”

Bosma loved the idea and says Diane organized a four-day pop-up fundraiser in record time, deciding to sell five stem sunflower bunches in-store for $10 each, with all proceeds going directly to the Rotary Club of Starnberg, Germany, which is providing medical aid to Ukrainian refugees in Germany.

“We have friends in that club, and we wanted to ensure the money goes to a reputable source where it will be used to help Ukrainian refugees,” Bosma says, adding that her father and husband are members of their local Rotary clubs.

For the duration of the fundraiser, which ran March 17–March 20, the stores also accepted donations at the register in the form of change jars and via credit/debit cards, using a code they rang in. In fact, the register donations were 53 percent of the funds raised in store!

The fundraiser was a huge success, with the Fort Bragg store selling out of bunches the first day (204 total), and the Mendocino store selling out by the fourth day (180). In total, they raised $13,129.36, which includes a $5,000 matching donation from Harvest Market IGA. 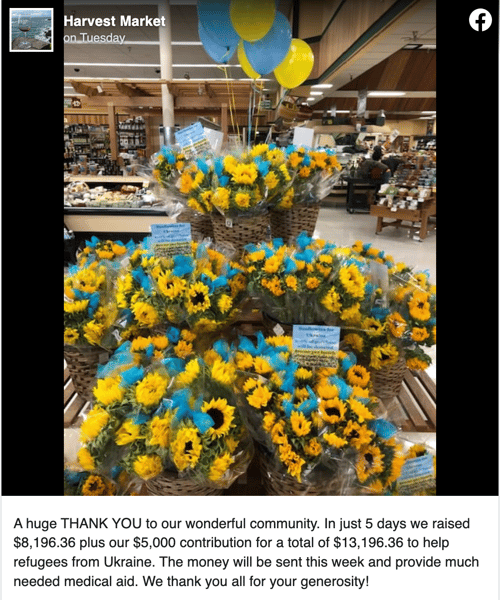 The Fort Bragg and Mendocino communities’ financial support will significantly help the relief efforts. Carsten Zehm, a member of the Rotary Club of Starnberg, says that they are in contact with the embassy and working with a physician to ensure they are donating what is most needed. Currently that includes painkillers, antibiotics, hemostatic drugs, insulin, and bandages, which Zehm says are discounted 15 percent compared to U.S. prices. He estimates they have currently spent over €45,000. “In a second step, we will provide catheters and drugs for long term diseases inside Ukraine,” he says, predicting that effort will cost over €30,000.

With so much help needed, these IGA stores and communities have stepped up despite the physical distance. “We’re so grateful to our wonderful community, and thank them for their generosity,” Bosma says, adding that they will be sending the money this week.