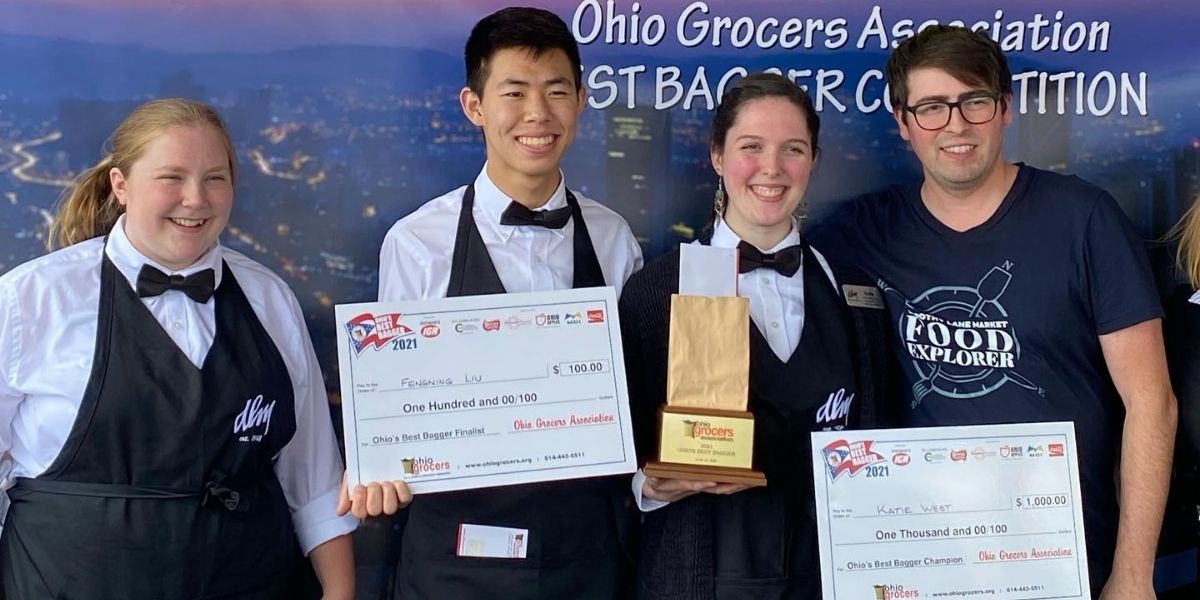 The temperature had dropped from the mid-80s to the 60s that Tuesday, but it didn’t stop the competition from heating up in the town of Minerva.

Kishman’s IGA hosted this year’s competition to crown Ohio’s best grocery bagger. The town’s squad of cheerleaders kept the energy high while 14 baggers from all over Ohio packed up items against the clock.

Every time the emcee counted down, “Ready … set … bag!” the place erupted. Even through people’s masks you could hear the cheers while the baggers stuffed beef sticks and oatmeal in with paper towels and tomato paste.

In competitive bagging, it’s good to be faster than a speeding bullet—packing a bag in under 53 seconds gets you a tasty 10 points—but speed’s not the only factor. Baggers are fast-packing with excellence in three important categories: 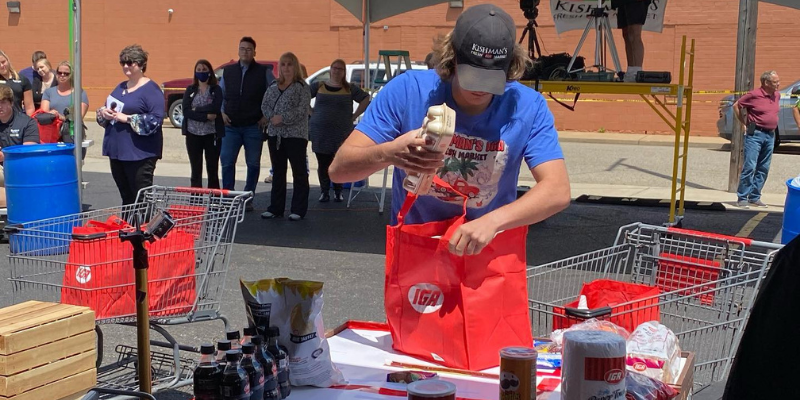 “The cool thing about this competition is it's the second time it will be aired on ESPN’s The Ocho Network,” said Matthew Kishman, owner of Kishman’s IGA. He welcomed the camera crew into the store to film the big day and understands why sports fans have an interest in competitive bagging: these folks are at the top of the game.

“It’s the kind of event where it helped to have great sponsors,” said Kishman. “Thank you to Merchant Distributors for being our tent sponsor, and thanks to all our event sponsors: H.C. Labalzo & Sons, Consolidated Food Equipment Distributors, Ohio Apples, Perry’s ICE Cream, and Premier Power.”

Kishman’s event started late morning and by noon the baggers were ready to roll. They packed fast and focused, signaling to the judges that they were done by raising both hands above their heads.

When packers were done, the judges approached to get a closer look.

“Are the boxes on the sides of the bags or rolling around in the bottom?”

“Is there filler between the glass items?”

“Did he really put a jar of pickles on top of a dozen eggs?”

The competition did more than crown a fast packer. The purpose this year was to shine a light on people who have faced some rough customers in the past.

“The time is now for our front line heroes to shine,” read the announcement for the 2021 Ohio’s Best Bagger Competition.

The bagging competition goes year-round, with statewide competition winners heading to nationals. Stay tuned for the NGA National Competition on February 23, 2022 in Las Vegas. There, the winner walks away with $10,000 and anyone in the top five gets at least a grand.

That’s a long way from the $1,983 that the American Paper Institute awarded to the grand champion in its first bag-packing contest back in 1987.

Kishman’s IGA had its own competitors in the mix, longtime pro baggers Neil Stafford, Jack Spall, and Ashton Silverwood. The hosting store didn’t manage to take home the win, though. That went to Kate West from Dorothy Lane Market, who won the ceremonial ceramic bag plus $1,000 and a trip to Las Vegas to compete in the National Grocers Association Best Bagger Contest in 2022.

To host your own NGA Best Bagger competition, get all the rules and information here. 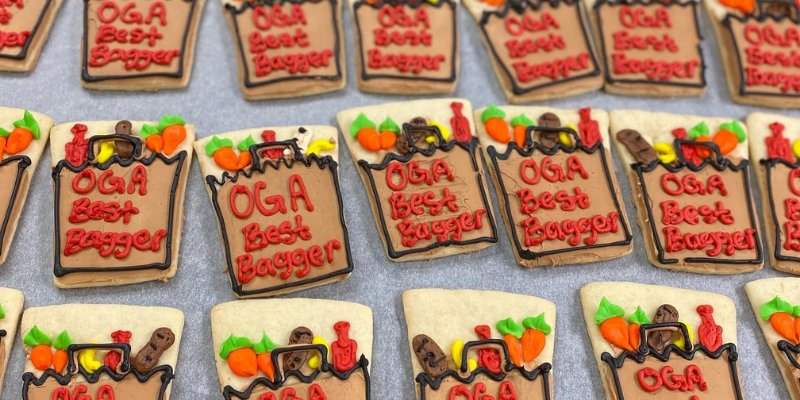