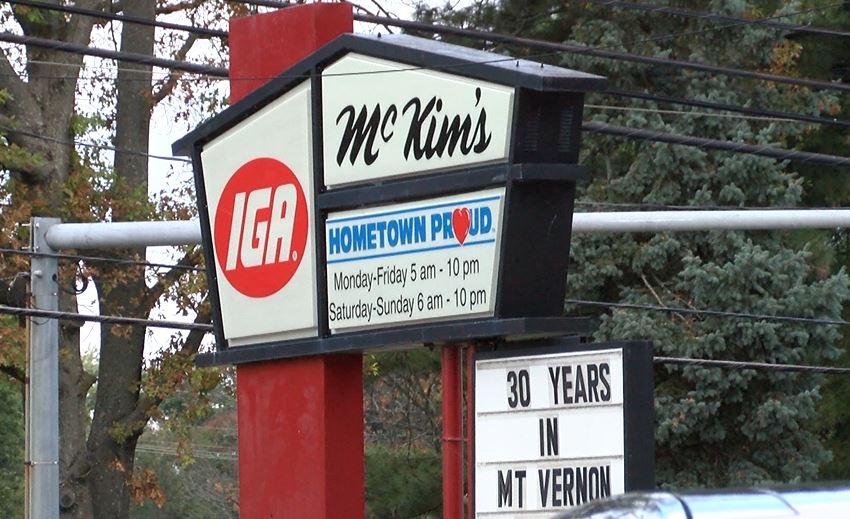 Larry Williams has been in the grocery business for 52 years, and has been the manager of McKim’s IGA of Mount Vernon, Indiana, for well over half that time. Now Larry’s three sons, Brian, Matt, and Kevin, are carrying on the McKim’s legacy of quality customer service and community involvement, leveraging IGA programs to keep the store up-to-date and the shopping experience one to be proud of.

In 1991, the original owner of McKim’s, John McKim, called Larry to ask if he would be willing to help run the store. Larry accepted the offer, and the rest was history. For 31 years, Larry has worked to provide quality food and quality service to the residents of Posey County, Indiana.

Today McKim’s IGA is the quintessential family-run grocer. Larry was the store manager before taking a step back a few years ago and passing the reins to his son Brian. Larry’s other two sons, Matt and Kevin, are also involved with the store’s operations. Matt runs the produce, catering, and bakery departments, while Kevin manages the meat and seafood.

"They’re the reason the store is successful. They’re hard workers," Larry says of his sons. 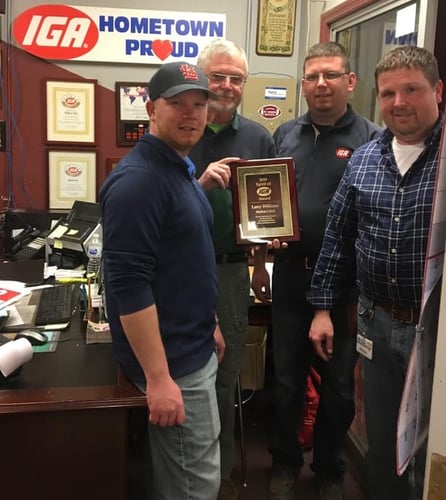 Some of McKim’s biggest competitors include Walmart, Aldi, and Dollar General. Even though the struggle for dominance with big chains can be difficult for independents, Larry has an inspiring take on the situation.

“We may not always be able to beat their price, but we can always beat their service," he says.

Those at McKim’s pride themselves on creating a positive shopping experience for their customers that larger chains just can’t provide. “We don’t sit back and wait for an opportunity to serve our customers. We get out there,” Larry declares.

Those actions have created a fierce loyalty that have helped McKim's retain shoppers throughout COVID and during the current inflationary period, even if they can't compete on price, as Larry says.

Another recent challenge for McKim’s has been the nationwide labor shortage. To combat this problem and attract more workers, the store has raised its wages and made hours more flexible.

McKim’s recently added an online shopping service and self-checkout stands in the store to help with their growing customer base. These advancements don’t mean that they are sacrificing in-person customer interactions, though.

“Our local customers don’t like Walmart because of their service. At McKim’s, they know what they’re getting,” states Larry. "And what these customers are getting is a genuine conversation with an employee who truly wants to give them the best shopping experience they can."

Larry and McKim’s not only care about their customers, but also about their community. The store has helped raise $1.2 million in just two years for local schools and nonprofits. Early in the pandemic, McKim’s made sack lunches to give out to young students who didn’t have access to quality food during such a difficult time. The store has also held tent sales, biannual meat discount days, and BBQ events to bring in money for charity and give back to their customers.

Cooper’s Cones is yet another outreach operation of McKim’s. Named after Larry’s grandson, Cooper’s Cones is a concession stand outside the main McKim’s store building. It specializes in ice cream, snow cones, and cold drinks that serve to provide refreshments throughout the summer months. The stand is now in its fourth year of operation, and is very successful. Cooper’s Cones also has plenty of discounts and special events to raise more money for charities and show appreciation to the many families who stop by for a treat. 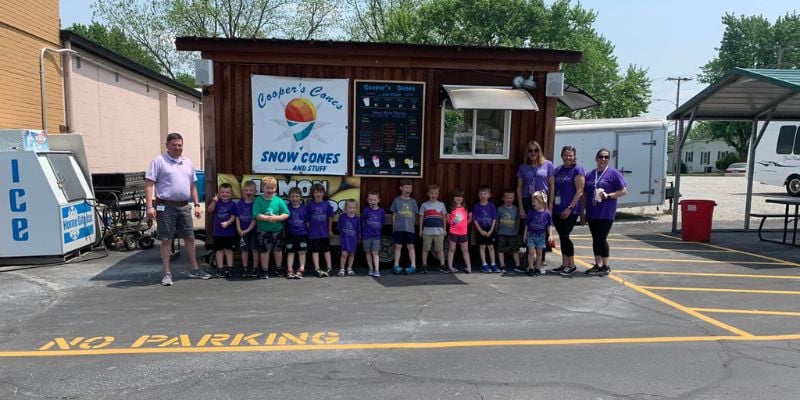 Cooper's Cones outside of McKim's IGA

Larry states that some of the most fulfilling parts of being an independent grocer are the conversations he gets to have with his customers. He enjoys the family feel that McKim’s brings to the grocery shopping experience.

McKim’s became involved with IGA many years ago. Now, the store utilizes resources like the Quarterly Marketing Kit, online design elements, and the National Digital Ad (read about their experience with the ad here) to help promote their brand. McKim’s also uses the “Hometown Proud” label to further illustrate their down-to-earth service and their connection with the community.

“We are proud to be IGA retailers. It just works for us," Larry declares.

McKim’s has been featured among IGA’s Hometown Heroes, and has maintained the IGA Five Star Retailer status since 1999. As well as receiving the Spirit of IGA award, McKim’s has also been honored with many local awards for their work with charities and their community.

Larry Williams is very proud of the way that McKim’s has grown over the years. He is satisfied with the store’s quality food items, outstanding customer service, and work in the community. Above all, Larry is proud of his sons.

“They all work hard together and are best friends,” he says.

Larry knows that McKim’s IGA is in capable hands, and thanks to the efforts of all of the employees, will continue to grow and serve Posey County Indiana for years to come.