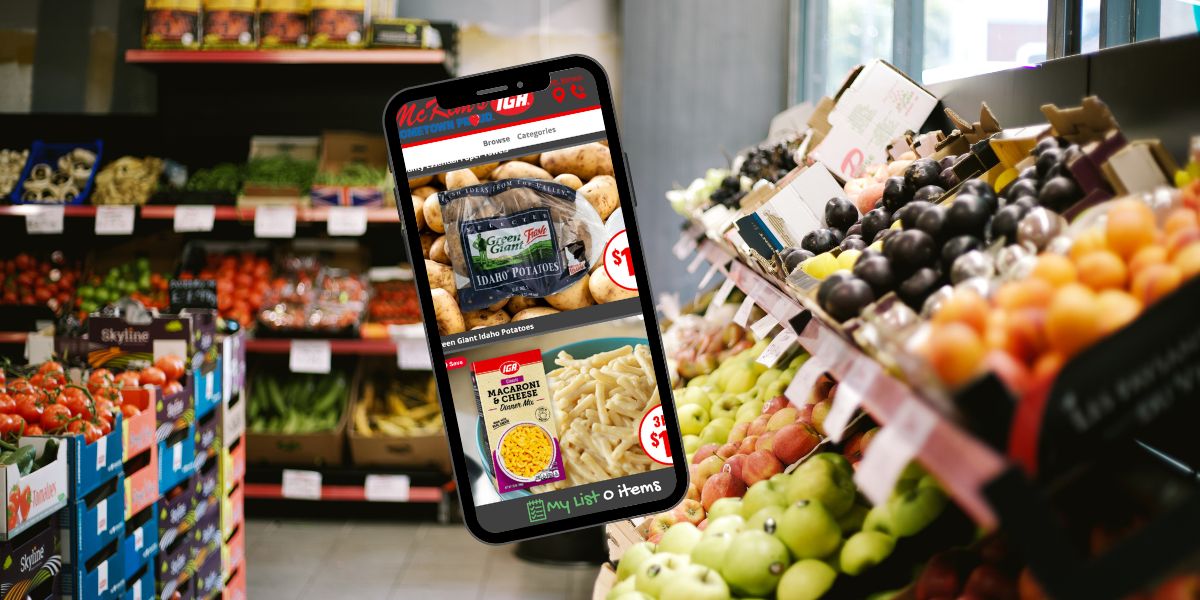 It's been two years since the Independent Grocers Alliance (IGA) launched the latest version of the National Digital Ad, which acts as a digital version of the weekly circular. By combining your local ad with national offers (like those from Coca-Cola, Mondelez, Quaker, Eggo, Mars Wrigley and more), retailers and their shoppers gain access to the same kinds of national offers that large chains get, with new offers debuting every other week on the interactive, mobile-friendly digital platform.

And since it's digital, it drives more foot traffic to your store than print, helping you spend less and sell more.

"We want our retailers to have the less expensive, more modern, and much more effective solution offered through digital advertising so they're getting more bang for their advertising buck, and more sales because of it. In fact, our CPGs see an average sales increase of 14% on products with offers through the digital ad," IGA CEO John Ross says. "Whether retailers choose IGA's National Digital Ad or through an alternative offered by their wholesaler, it doesn't matter as long as they're taking advantage of these offers."

"In most markets, print has fallen to such a low readership, it likely makes financial sense to give it up and move entirely to digital," Ross continues. "But in those few markets that still have a substantial print readership, moving some of your advertising spend into digital is an easy way to slowly wean yourself off of print dependency."

To give you a better idea of how IGA's digital ad integrates with your local content, we broke down how the program works and spoke to Larry Williams, McKim's IGA's long-time general manager, about his experience with the ad. To learn about your wholesaler's digital ad offerings, contact them directly.

How Does the Digital Ad's Local Media Buy Work?

"There is a digital circular for every IGA store in the United States," IGA Director of Digital and eCommerce Programs Sarah Rivers shares. "It features national and regional offers that IGA has negotiated to help each store's customers save." For example, scan through United Market's digital ad this week and you'll find an offer for $1.00 off two Coca-Cola brand mini-cans (6 or 10 pack), or $3.00 off two Kellogg's cereals.

"All the retailer needs to do is add local content—like their bakery offerings—along with a small media investment—say $150 each week—and local shoppers will see that their IGA store is the place to shop for every budget," Rivers says.

Ross adds, "And because it's a local investment, shoppers in your area will find your ad in the online spaces they visit most, like in their favorite apps, on their news sites, and where they're shopping online. That means less waste in markets with no IGA stores and more impressions in local markets."

The technology, created by the digital marketing agency Design House, includes an analytical system that measures the effectiveness of the ads and sees which offers and content resonate the most with shoppers.

“There are detailed analytics, called visitation analytics, that allow us to track the user,” says Adam Zimmerman, Design House's creative director who led the platform design. “From the ad to the store visit, we can see what is working and what isn’t. And the system also gets smarter over time, using learning algorithms to deliver ads to high-intent shoppers."

McKim's IGA's Experience With The Ad

McKim’s IGA in Mt. Vernon, Indiana has served their community for over 30 years, and Larry Williams has been there for all of them, joining the store in 1991 after it changed ownership (and name) from Mt. Vernon IGA. Williams spoke to IGA's Sarah Rivers about his experience shifting from print advertising to the digital ad.

Sarah Rivers: Larry, tell me about your journey to go digital with your weekly ad. What were you doing with print and what made you decide to move into a digital format for your circular?

Larry Williams: We dropped the print ad by default. Our local printer's printing press broke, and they decided to outsource their print jobs instead of replacing the broken printer. Our print run of 10,500 per week was too small for the new printer to mess with so they declined the job. We had been discussing a switch to online-only for a while so this was a good time to experiment. We started out with a PDF format and switched to digital about a year later. Shortly after, our local newspaper (owned by the same paper that had the press) decided to shut down.

Due to the circumstances, we decided to go “cold turkey” and make the move to online for our main ad. We started taking out a two-page ad in the remaining local newspaper while we worked out the details of moving to online advertising. That lasted about a year.

We worked with you, Sarah, and Design House to start using the digital circular with media distribution. We kept the newspaper for about 4-6 weeks then made the switch exclusively to the digital circular. We had a few complaints early on, but surprisingly not nearly as many as I expected.

Almost to the week when we started the online ads (February 2021), we started to see an increase in sales. Sales-per-transaction started to rise. As it turned out, customers that had been using us strictly for convenience started to use us for more of their primary shopping. Sales were picking up and gross profits were strong.

Sales-per-customer remain higher today than they were during COVID."

I can only attribute this to more people doing their primary shopping with us as opposed to a quick in-and-out shopping trip.

SR: Did you see any costs savings over print?

LW: As far as cost, for us, the online ad costs about the same as print ad layout and distribution. However we chose a much larger number of “impressions” for the online ad, so we are reaching more shoppers. 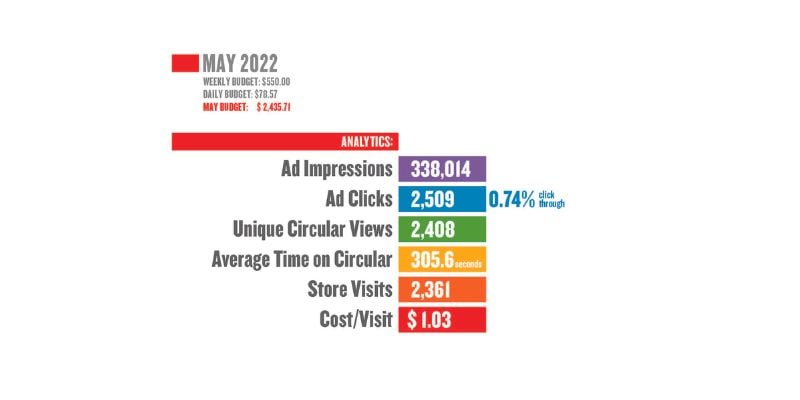 SR: As a program, has the digital circular been easy to implement? What has your experience been with our vendor, Design House?

LW: I’ve been in the grocery business for over 55 years and have been involved in writing ads for over 45 of those years and the folks at Design House are without a doubt the best I’ve ever worked with.

Print ads can have as long as three weeks lead time to make changes.

With the online digital ad, I’ve made changes (additions, deletions, price changes) as little as the day before the ad breaks on Wednesday. This is incredibly handy when dealing with price changes, supply issues and last-minute offerings form vendors that can be added to the ads."

In addition, I can add recipes and actual videos of how to prepare meals. We can even make a change in the middle of the ad. Their customer service is beyond reproach. I spend about half of the time doing the layout to send to them that I used to so there is some unseen savings.

LW: Why do I think retailers should move some of their advertising dollars away from print ad to online? Probably the same reason that most people now drive a newer SUV as opposed to a 1955 Chevy station wagon. If as a retailer you are driving that old '55 Chevy wagon down the interstate, you may be “comfortable,” but your customers are buzzing past you in their fancy new cars and leaving you behind.

Customers are reading the ads on their electronic device, shopping online, using digital coupons from AppCard and self-checkouts, and they are expecting cash back from programs like Upside (an IGA Red Oval partner). If you don’t offer digital incentives, your competitor will. Don’t be the last player at the table — be proactive and beat your competition. Print ads, like old '55 Chevy’s, land line phones, checks, and cash are dying out. We can all sit back and think of the good old days, or we can think how exciting tomorrow is going to be and be a part of it. The best is yet to come!