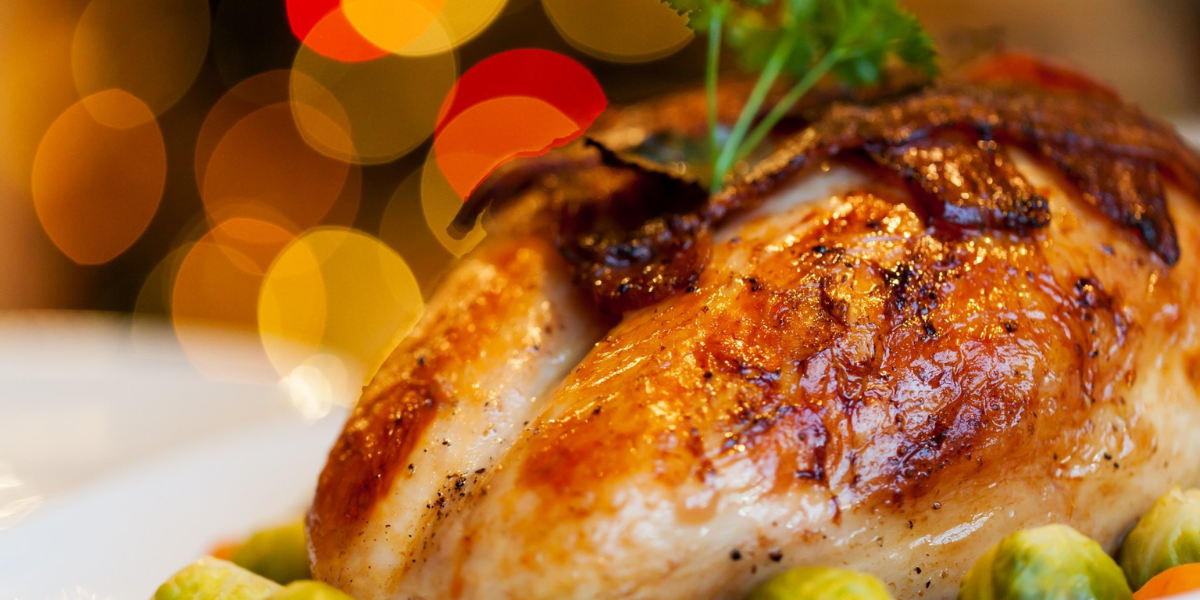 To say traditions have changed in 2020 is to put it very lightly. While families may have celebrated Thanksgiving with pumpkin and apple pie this year, many had fewer people around the table and no gatherings before and after with old friends and family members in town to celebrate. McKim’s IGA in Mount Vernon, Indiana was no different. In past years, the IGA store shared the holiday merriment by turning the grocery aisle into a bowling alley for their annual turkey bowling event that gave away turkeys to participants.

Unfortunately, booming attendance presented a problem in this year of COVID-19, so McKim’s opted to wing it with a simple solution that would still invite the community to participate in some amusement and win a Thanksgiving bird. Modifying the traditional cake walk into a Turkey Trot, the store gave away the main course instead of dessert on November 24.

Using only Facebook to advertise the promotion, Assistant Store Manager Brian Williams hatched a plan to create the Turkey Trot with 24 numbered paper plates strategically placed throughout the store aisles. Just as they did for turkey bowling in years past, local Evansville radio station 99.5 WKDQ sent DJs to broadcast from McKim’s and play music for store shoppers throughout the contest duration from 10:00 a.m. to 6:00 p.m.

To facilitate customer safety and shopping space, each aisle had three plates affixed to the floor, spaced roughly 10 feet apart. Throughout the day, numbers were drawn and announced over the intercom, and much like carnival cake walks, the closest person to the number announced won a prize. In total, McKim’s gave out nine turkeys.

While the cake walk was a success, Williams hopes the store can resume turkey bowling next year, as the event has come a long way since it started. According to Williams, the original event used 2-liter soda bottles as bowling pins until one burst, went airborne, and coated the ceiling with soft drink. He decided to revive the fall festivity with real bowling pins in 2014, and continued the tradition through 2019, with 50-100 participants tossing turkeys across the store and helping out local families around the holidays.

McKim's IGA turkey bowling would draw big crowds in years past, so this year they adapted to follow COVID-19 prevention guidelines by hosting a socially-distanced Turkey Trot to give shoppers a chance to win a turkey.

Learning from experience, McKim’s made a handful of bowling improvements over the years, like limiting men to underhanded throws, giving away still-frozen fowl unscathed by the store floor, and borrowing a few sets of old pins from the local bowling alley. The store also kept ice cream and milk on hand to offer less adept participants a tasty milkshake consolation prize. When the event began to draw a crowd, spectators congregated at the front of the store to allow ample space for gameplay (and, yes, some grocery shopping) in the store aisles.

Over the five years Williams has overseen turkey bowling, he noted there has consistently been a line of customers outside the store 30 minutes before doors open, and he has noticed some of the same faces. “Those people need the turkey," he says. "They likely won’t have one otherwise.” This year, one of those customers took home a prize during the Turkey Trot. “We enjoy doing this to help people out, and for the fun of it.” Whether it’s called a cake walk, a turkey trot, or a fowl bowl, McKim’s commitment to pre-Thanksgiving in-store entertainment is all gravy.