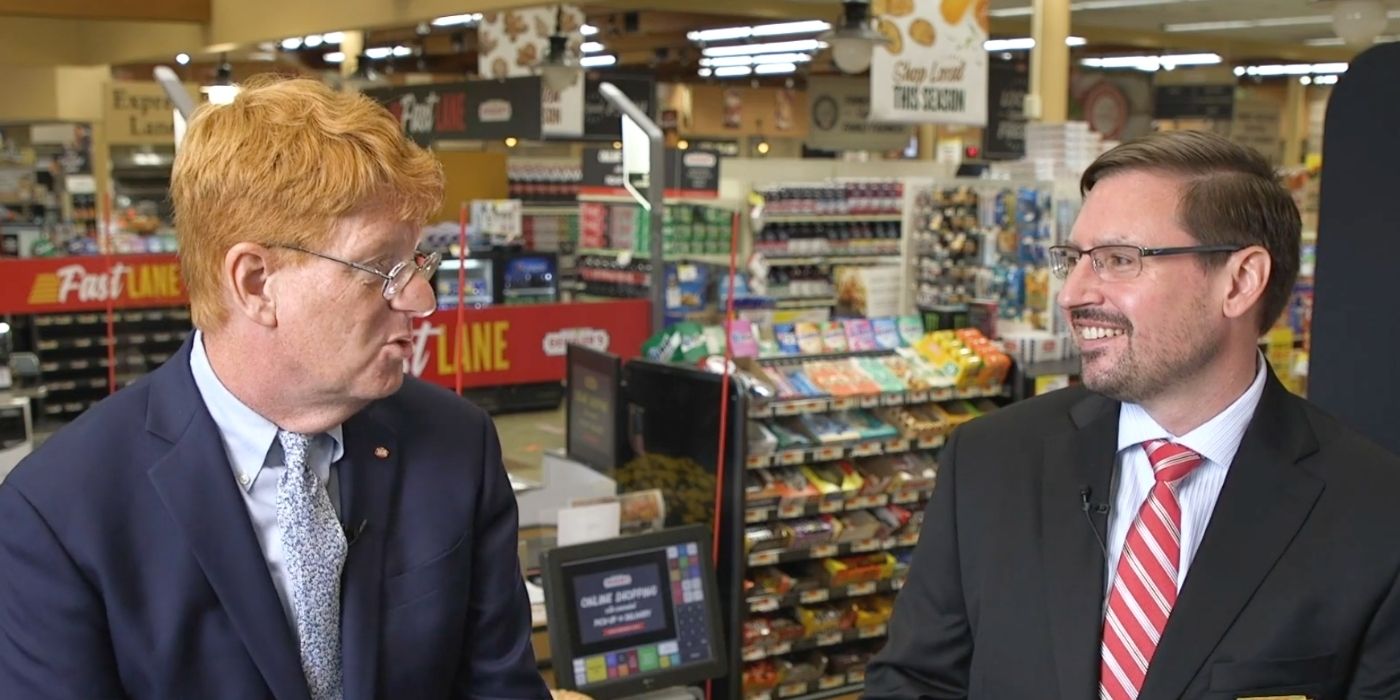 One of the benefits to hosting IGA's Global Rally virtually is that it allows retailers from all over the world to visit IGA stores and see our programs in action. This year, we showed attendees Geissler's Supermarket IGA in Somers, Connecticut, which has successfully implemented numerous IGA programs and best practices, from National Digital Ad participation to in-store signage and more throughout their seven locations in Connecticut and Massachusetts. Being on site allowed us to speak with Bob Rybick, the store's president and CEO, who was named IGA's International Retailer of the Year for 2020 and serves as the chairman of the National Retailer Advisory Board.

Rybick is the fourth generation to run Geissler's, which he does with his brother and four cousins. Founded in 1923 by his great grandfather A.F. Geissler, the small general store expanded to multiple locations under Geissler's daughter and son-in-law, and later his grandsons. Rybick says they became an IGA member about 20 years ago, first because of the private label brand, but now take advantage of IGA's programs that help them compete with other chains.

Watch this bonus interview from the Rally between IGA CEO John Ross and Rybick, where they chat candidly about what the last two years have brought and how Rybick and the Geissler's team have responded, including:

Want to watch the full 2021 IGA Global Rally? Click the button below.

Previous Story
← Community support is in the bag, thanks to Oberlin IGA and its loyal customers
Next Story
IGA Exclusive Brands Responds To Supply Chain Woes →