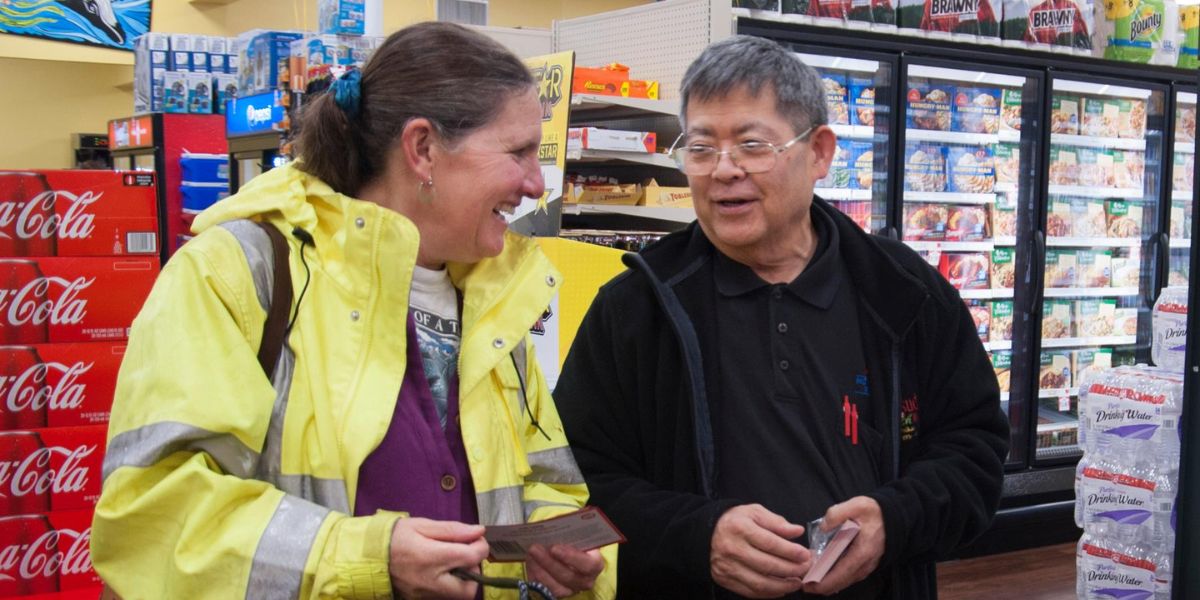 Katherine Tatsuda always saw grocery stores as an integral part of people’s lives, which made the decision of not reopening Tatsuda’s IGA after a rockslide that much more difficult.

During the night of February 27, 2020, a massive rockslide from the steep, forested cliffs behind Tatsuda’s IGA in Ketchikan, Alaska buried the back of the store in debris, collapsing the roof and causing extensive damage.

With huge portions of the store she co-owned buried under dirt and rock, it was obvious to Katherine from the beginning that it would cost more to try and salvage the store than it would to tear down and rebuild. After speaking with lawyers, contractors, architects, and their insurance company, the undertaking to rebuild would be far too burdensome and Katherine made the decision to close indefinitely in 2021.

“There were mixed emotions. As soon as the rockslide happened I thought about, 'What do I want to do?'” Katherine says. “It was not an easy decision to come to and there was a lot of work that happened.”

The store, which initially opened as Jimmie’s Grocery by Katherine’s great grandparents, had served Ketchikan from 1916 to 2020. 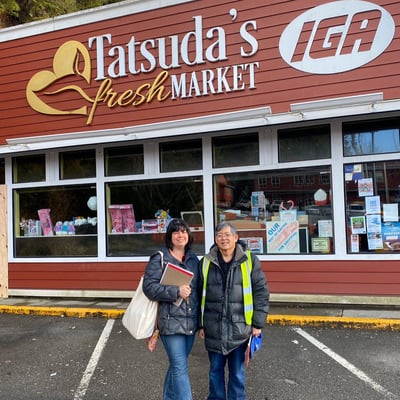 The heartbreaking decision brought several uplifting messages. There was nonstop love from the Ketchikan residents, who told their stories of how much the small-town grocer meant to them on social media.

Ketchikan resident Dave Kiffer, who adored the store so much that he proposed to his wife in it, wrote lyrics to a song, which resonated with many people.

Katherine then approached her friend Austin Hayes to see if would put the lyrics to music. Through his network of musicians, they put something together.

When Katherine heard it, she felt “a tremendous wave of emotion.” She took it a step further and put together a slideshow filled with heartfelt memories at the store.

The family business was started by Katherine's great-grandmother, who like Katherine was an entrepreneurial force to be reckoned with.

Sen Seike Tatsuda was 19 years old when she arrived in the U.S. from Japan in 1914. “She had arrived in Seattle as a ‘Picture Bride,’ which meant that she carried a picture of my great grandfather Jimmie Tatsuda. The couple met for the first time on that dock in Seattle confirming each other’s identity with the aid of the pictures,” says Katherine, who told the family’s history in a Facebook post soon after the landslide.

At her new home in Ketchikan, Sen had to walk a long way into downtown to buy groceries and carry them back home. At some point she started buying extra milk and eggs and selling them to her neighbors. That was the beginning of Jimmie’s Grocery at 407 Stedman Street, established in 1916. Sen and Jimmie’s children, grandchildren, and great-grandchildren have carried on the grocery business, which celebrated 104 years in 2020.

According to Katherine, Sen and her family overcame tremendous obstacles over the years: multiple building fires, loss of children, racism, and being forced from their homes during World War II and held in internment camps for several years. “Despite all of this, their commitment to the people in their community never wavered. They always served with generous hearts and humility,” she says.

Even after losing the store, the Tatsuda family continued to help the community. When the COVID-19 pandemic hit in full force and panic buying began, the Tatsudas decided to repurpose a donated space in the local mall they had been using as an office into a makeshift store, and began selling bulk dry goods salvaged from the store’s backroom to help offset the shortages Ketchikan and surrounding communities were experiencing.

Tatsuda’s IGA had developed a reputation as a community pillar. Whether they sponsored Little League teams, ran food drives, or raised money for someone battling illness, the hometown grocer was ready to help.

“I worked hard to create a place that was like a community center, where everybody who—whether they came into the store directly or not—were taken care of,” Katherine says. 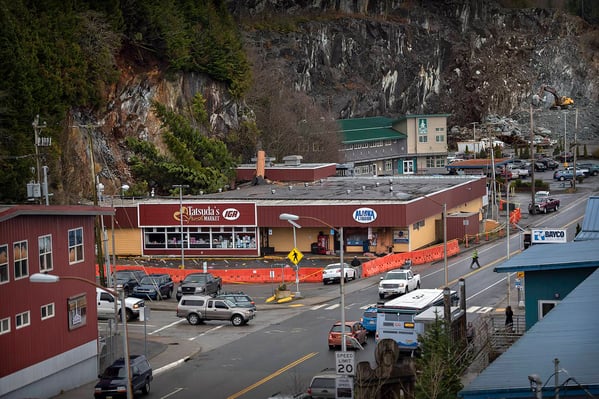 Katherine’s father and co-owner, Bill Tatsuda, recalls back in 1993, their grocery store supplier, SuperValu, began signing independent stores in Alaska to become IGA franchises. They asked Tatsuda’s if they wanted to join IGA, who had been non-affiliated for around 70 years by then.

“We had been on our own, writing our own ads, choosing ad items, making up our ad themes, paying for full-page weekly newspaper ads, and running our business by the seat of our pants,” Bill says.

Katherine saw a lot of value in the IGA Global Rally and the relationships she was able to build with other retailers through the event. Being a part of IGA’s National Digital Ad and having the IGA Exclusive Brand products in store helped differentiate themselves from the competition.

“I decided to join IGA because I thought it would be good to have rules, advice, and guidance on how to maintain high standards, and take advantage of being associated with the IGA brand and national image,” Bill says.

“It was a very good decision, and the results exceeded my expectations by far. The advertising program alone saved us thousands of dollars and enabled us to be much more aggressive with pricing and marketing. The annual inspections helped us maintain a consumer-friendly, safe, sanitary, well-merchandised Five-Star store. I could go on and on, but bottom line is that IGA contributed greatly to our success!”

Bill and Katherine are still co-owners of the corporation that operates the gas station and land at the supermarket site. Katherine said the property of where Tatsuda’s IGA was located is for sale.

Today, Katherine is enjoying a life of a little less stress. She is the AVP of marketing and community development for Tongass Federal Credit Union in Ketchikan. This includes overseeing operations at its Community Business Development Center. She helps local business owners and organizational leaders thrive by providing them with opportunities, and training and space to work. Along with that, she’s teaching financial education for adults and children.

Bill serves on a multitude of community boards and committees, including the PeaceHealth Medical Center and Grow Ketchikan, an economic development nonprofit.

Most importantly, Katherine and Bill continue to apply the experiences and lessons learned from Tatsuda’s IGA and continue to bring value to the Ketchikan community.