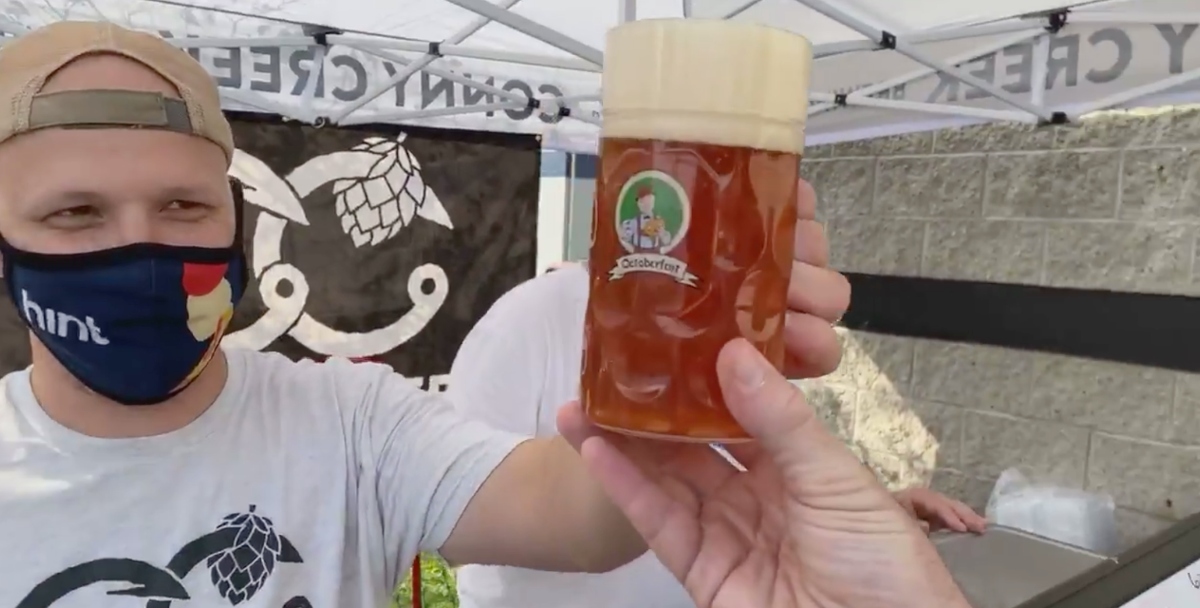 Two decades after the first Bavarian festivities known as Oktoberfest took place in 1810, two Prussian immigrants founded a small Pennsylvania town called Germania, now known as Saxonburg. Located in the greater metropolitan Pittsburg area, Saxonburg is a quaint borough with a population around 1,600 that has retained much of its original Main Street character and architecture designed by one of the town’s German founders, civil engineer John Roebling. Fast-forward nearly 200 years to this summer when Sprankle’s Market opened its third Pennsylvania location in Saxonburg in the midst of a less than festive year.

Less than three months after moving to town, Sprankle’s Market held its second annual Octoberfest in the store’s new front lot as an opportunity for locals to connect with one another. As co-owner Doug Sprankle told the Tribune-Review, “We chose our newest store to host this year, because we wanted Saxonburg to have something they could celebrate. They previously didn’t have a grocery store for about two years.”

Saxonburg may be far from Munich, but the store’s celebration included the essential elements for German fun: food, music, community, and, of course, beer. While Sprankle admits to downing a few liters at Munich’s Oktoberfest, he was eager to note the real spirit of Sprankle’s Market Octoberfest lies in bringing together the community during trying times. 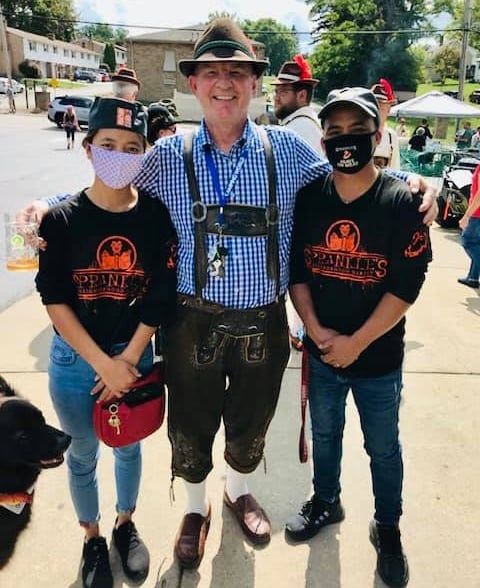 For anyone not from Pennsylvania, longstanding state liquor laws dictate where and how much beer can be sold by a given business. For IGA stores like Sprankle’s Market, beer sales are limited to 6-12 pack quantities for consumption offsite, but Octoberfest was able to make the most of a legal loophole. According to the Pennsylvania Liquor Control Board, “There is nothing in the Liquor Code or the PLCB’s Regulations that prohibits a non-licensed person or entity from giving away free alcohol, and there are no limitations as to the type or amount of alcohol that a non-licensed person or entity may give away.” Saxonburg Area Rotary set up tents to raise funds selling raffle tickets for prizes that included a kegerator and Sprankle’s Market gift certificates, and every ticket stub was good for a free Warsteiner Pilsner.

Conny Creek Brewing Company of Allegheny Township was the exclusive beer sponsor, and sold a locally brewed Oktobeer, along with three other craft beers, and brisket and pulled pork sandwiches. Under the aforementioned Pennsylvania liquor laws, Conny Creek liquor and food sales in a grocery lot might not be considered legitimate, but the microbrewery is licensed to distribute alcohol at Sprankle’s Market as it prepares to open the brewery’s second Pennsylvania location inside the store. Conny Creek’s micro-pub in Sprankle’s Saxonburg store will have ample seating to encourage customers to take a break with a beer on tap and get a pizza or sushi, hand-rolled onsite each day. In addition to Conny Creek beer and barbecue, the Octoberfest had German-themed fare for purchase like sausage, bratwurst, and soft pretzels from Mainstreet Bake Shop. There was also food and fun set up at the nearby carnival grounds, where the self-funded Saxonburg Volunteer Fire Company sold 200 barbecue chicken take-home dinners late that afternoon. Earlier in the day, a Car Cruise featured over 100 cars, tractors, and floats. The Saxonburg celebration retained a few elements of old-world music and charm befitting the town’s history. A local mezzo soprano performed in nearby Roebling Park, and two live polka bands played outside Sprankle’s Market. One of the bands traveled by horse-drawn carriage, which doubled as a conveyance for people to tour the town. 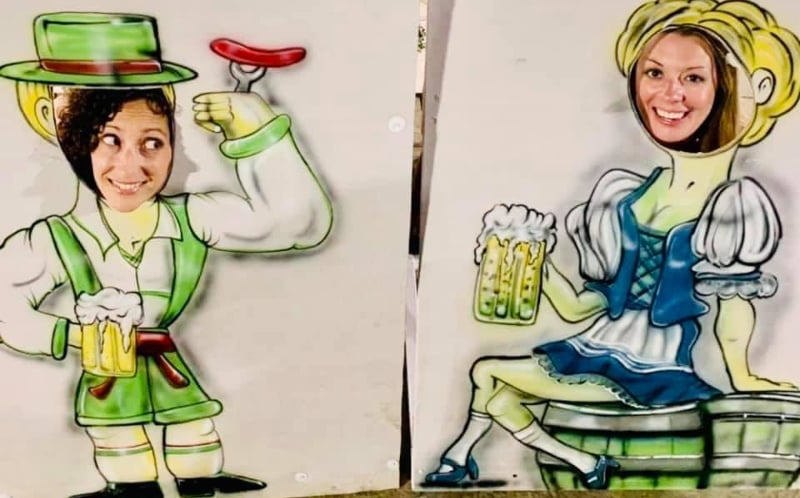 The Sprankles considered canceling this year’s event due to COVID-19, but they felt it was important to give the local community an opportunity to connect outdoors and share the sense of togetherness that Germany’s Oktoberfest inspires. Several attendees dusted off their dirndl and lederhosen to don official fest garb known as Trachten, but face masks were the true global accessory this year. Large tables allowed groups to sit together, while simultaneously providing ample social distance from nearby tables. The event was also limited to a maximum of 200 people at any one time, and they estimated 1,000 people turned out over the course of the 10-hour function. Despite the cancellation of Munich’s Oktoberfest this year, Sprankle’s Market Octoberfest in Saxonburg captured the essence of what any good fall fest is about: reveling in hearty tastes, sweet sounds, and great company amid the changing seasons.

Previous Story
← Everything You Need to Know about IGA Recipe Club
Next Story
Appeal to Local-focused Shoppers with IGA's National Digital Ad 2.0 →