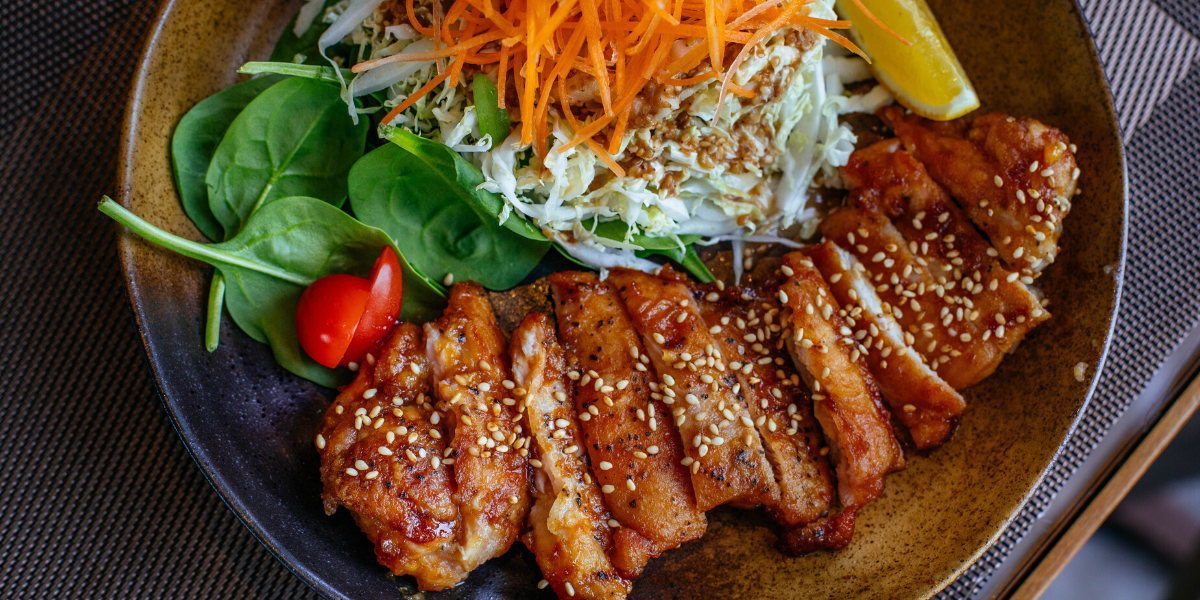 The deli department of 2019 is a lot different than today. Back then stores were heading toward a grocerant trend, a combination grocery store and fast-casual restaurant that encouraged people to spend more time in the store. This year, the COVID-19 pandemic has swept through and changed the deli climate. Now shoppers are in and out of the store quickly and deli managers are scrambling for socially distant solutions to sell deli staples from meats and cheeses to prepared meals.

"We’re still trying to encourage people to limit their visits, time, and contact in the store because cases in this area are still rising,” says Jennifer Bosma, vice president of Harvest Market in California’s Fort Bragg, "and that means getting creative about how we promote everything, but particularly the deli."

With the CDC recommending that retailers avoid offering any self-serve food or drink options, most retailers have chosen to discontinue their self-serve salad bars, hot bars, donut and coffee stations, etc., even if their state or county doesn't officially require it. IGA CEO John Ross agrees that it's better to be safe than sorry. "While the likelihood of contracting COVID-19 through food and high-touch surfaces is low, we're constantly learning more about this virus," he says. "Even with frequent disinfecting, it's not worth the risk of exposure, so we're asking our retailers to do away with self-service for the time being."

So how do retailers make up sales lost from self-service stations? Responses vary by deli, but the through line is creativity. Here are six ways retailers are adapting to maintain deli sales.

Moving Self-serve to Behind the Counter

With sneeze guards already in place in most salad and hot bars, many retailers and restaurants are taking the simple step of staffing self-serve areas. Restaurants known for their buffets, like Golden Corral or Sizzler, have shifted to cafeteria- and family-style dining at most locations, with an attendant dishing up the food at the buffet, which is now behind a counter. The same is happening at many grocery stores, where employees build salads and dinner plates for shoppers on request. And that move could prove to be advantageous in more ways than one, according to Ross.

"For grocers who have an exposed soup, salad, or hot bar, having an employee serve the food on demand is one of the easiest and most effective solutions, and many retailers are seeing bigger profits at these stations now than when they were self-serve," Ross says. "When you add to that the return trips that come from shoppers seeing your commitment to safety, it's well worth the investment of having a dedicated employee at your self-serve station."

Some retailers, like McKim's IGA in Mount Vernon, Indiana, were already well-positioned for the shift since their hot bar was always behind the counter and served by employees, but they did make changes to all the self-serve areas. "As soon as the virus issue popped up, we stopped selling self-service doughnuts and took down the salad bar," says General Manager Larry Williams. They shifted to making pre-packaged salads and serving them in their grab-and-go case, which he says are selling well.

With COVID-19 cases in the U.S. at their highest levels yet and no sign of slowing down, some retailers are taking their deli adaptions a step further with deli redesigns that allow for more prep room to accommodate both the six-foot social distancing guidelines for employees and the need for more behind-the-scenes work to deliver meal solutions to shoppers.

Harvest Market plans to save space by updating their walk-in coolers to wall coolers, which chill floor to ceiling, fit speed racks and carts, offer compact storage, and leave more room for prep. “They have glass doors on them so you can see exactly what’s in it, and especially with social distancing, the multiple doors allow more people to access it at one time,” Bosma says, elaborating that traditional walk-ins accommodate just one person at a time under the six-foot social distancing guidelines.

Harvest Market is taking safety and convenience a step further by offering pre-packed family-sized and individual portions of chiles rellenos, chicken enchiladas, and meatloaf dinners instead of a hot bar.

Bosma, who is on the IGA National Retailer Advisory Board and the board of directors for the National Grocers Association, recommends setting up a calendar so customers know when to expect their favorite soups and salads, and trying the new portion sizes in your own kitchen to see if the family-sized portions scale well. “My husband and I made it a point to try one of the family-sized pasta bakes and it fed the two of us for three days. We’re using these family meals to offer a good value.”

Bob’s Windham IGA has adapted by offering mega portions of best-selling sides and hot bar items, like their popular mashed red potatoes—and customers are embracing the new offerings. “I never thought I'd buy them instead of cooking them myself, but what a game changer,” Shopper Christine Cebula Kluczewski commented on Facebook when Bob’s Windham IGA’s announced its family-sized options online.

Bob's Windham IGA's meals are ready to pick up and heat.

To drive sales at Harvest Market, the deli staff started putting together new offerings by using up some of the inventory that wasn’t moving as it did prior to COVID-19. “We have a lot of naan bread because of the Indian food we offer and it’s hard to sell by itself, so they were making different naan bread pizzas and coming up with their own recipes,” Bosma says. “We allowed them to get creative and it worked.”

Those new meals attract shoppers, and with everyone making fewer trips, it's important for retailers to plan ahead. “We’re working on a menu so customers can know what to expect and when to come in, like Mediterranean Mondays with Morroccan and Greek food,” Bosma says.

Safety concerns aren't the only issue when it comes to deli sales during COVID-19. At many stores the deli staff lost their regular lunch crowd plus the people who used to stop in for a quick mid-day pick me up, like a cup of coffee and a snack, when workers from local offices and plants stopped going out to lunch.

In the first few weeks of the pandemic, McKim's IGA initially saw their hot bar sales decline about 30 percent and about 10 percent in their cold deli. "Several local factories [whose employees used to visit for lunch] locked in their employees on campus during the day, and we took an immediate hit," says Williams. But sales started to improve by mid-May when McKim's began promoting catering to local companies providing hot lunches for their employees.

Mt. Plymouth IGA has been using their 22-foot food truck to give shoppers hot food options outside of the store. “It’s a chance for us to experiment with different types of stuff we don’t currently offer in the deli,” says Store Owner Nakul Patel, who is also a member of the National Retail Advisory Board. With a lack of fast-casual restaurants in the area, the food truck meets a need for people looking for quick drive-up or take-out meals that are home-cooked and better quality than fast food.

Because the food truck runs as an extension of the store, there is a lot of integration and cross-promotion between departments. The burgers come from the meat department and the buns are made fresh in the bakery. They provide food truck coupons on the store receipts and vice versa, encouraging customers of one location to try the other.

Since customers aren’t spending as much time in the store, grocers need to communicate with them in other ways, like posting food pics that make people want to come in. Bosma works with Harvest Market’s Culinary Director Margaret Fox to integrate the new takeaway options from the deli into their social media feeds, sharing full meal descriptions and mouth-watering photos.

And while these meal solution features are a great way to draw shoppers back to the deli, they're still looking for specials, so retailers are also including weekly deals on traditional deli items, like meats, cheeses, and hot foods in their social posts.

However you choose to adapt your deli, it's important that retailers continue to stress their store's safety standards to ensure shoppers are comfortable buying prepared food. "Prepared meals can be a big draw for shoppers tired of cooking, but none of it works if shoppers can't see for themselves that you're truly committed to their safety," Ross says. "Posting signage about increased cleaning disciplines and encouraging associates to stay vigilant with masks and gloves, etc. go a long way toward building confidence."

What is your store doing to provide meal solutions to shoppers in the absence of hot and cold bars? We want to hear from you! Email us to share.