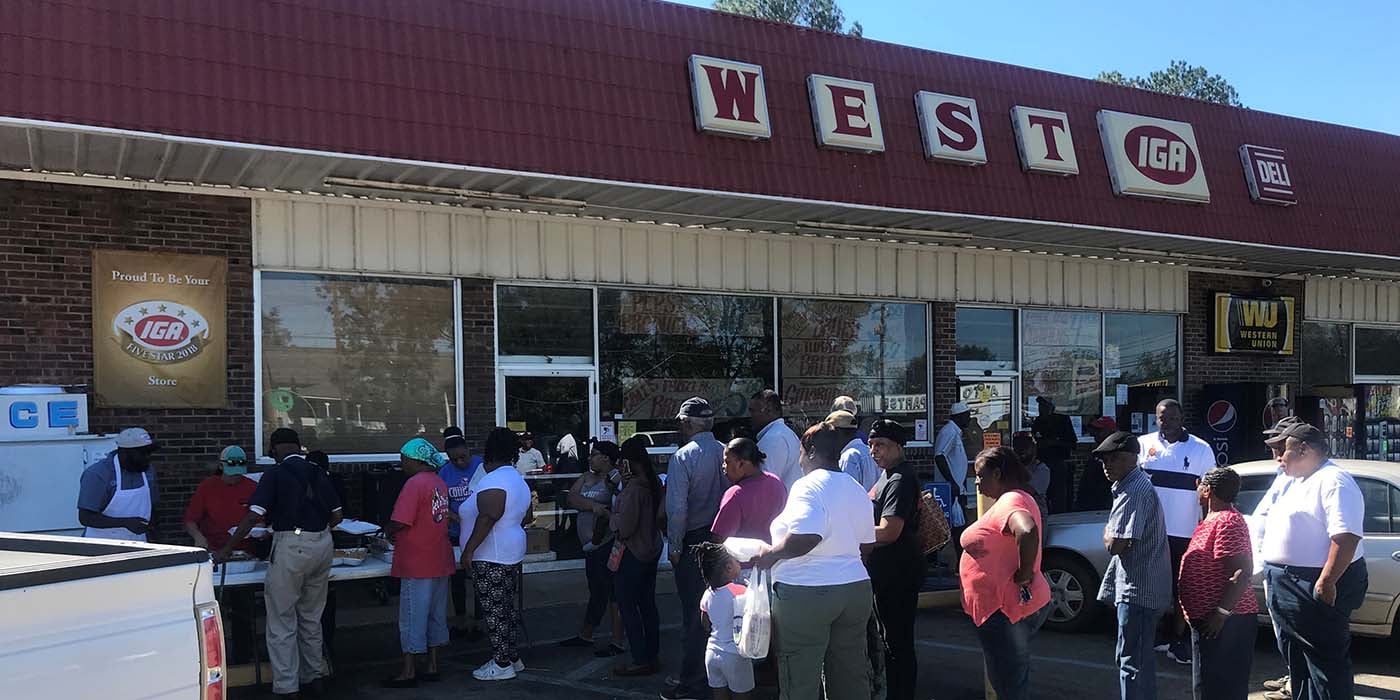 After wreaking havoc on the Florida Panhandle last week, Hurricane Michael raged through the small town of Edison, Georgia, still at hurricane status. Edison is 200 miles inland and residents had never experienced such an event, said John West, owner of West Foods IGA in Edison.

“We’ve never seen anything like it,” he said. “We’ve had tornadoes, but never this much devastation. In Southwest Georgia, we don’t have the infrastructure for this.” 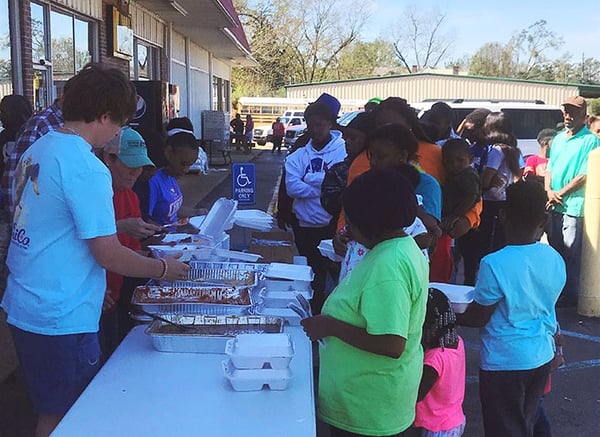 Everyone in the area, including the store, was without power for four full days, starting Wednesday night through Sunday night, said West. Without any backup generator or alternative power source, the store was losing product fast, so he decided to make the best of a bad situation and cook up some food to feed his fellow community members. Along with employees who were willing and able to report for work, West fired up some gas-powered stoves, the rotisserie pit, and fryers and from around 8 a.m. to 2 p.m. each day they accessed the perishables and prepared whatever needed to be eaten first, starting with frozen casseroles, sausages, biscuits, and coffee that first morning. “We did Boston butts, pork chops, ribs. Each day we would pick food out and cook it before it went bad,” he said, crediting his employees for their help in rallying for the community. People went down the line, buffet-style, serving about 250-275 people lunch each day. They even ran out of plates until a local church stepped in to help resupply. 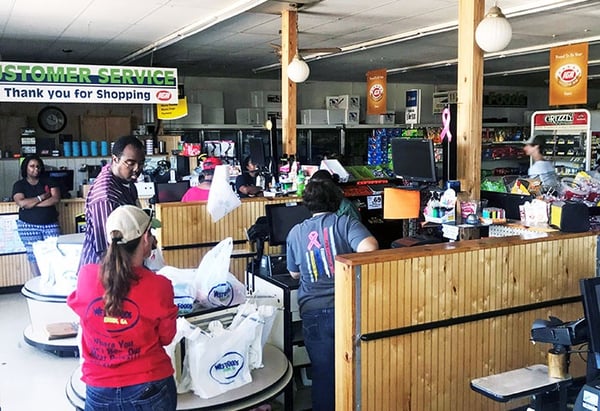 A rural community of only 3,500 county-wide, West Foods is the only grocery store for many within a 20 mile radius. It’s an area that relies on agriculture such as cotton, pecans, and peanuts, all of which were hit hard by the storm. Less than a week later, the power is back on and the store is restocking, but the rebuilding will take time.

“It was a humbling and rewarding experience,” he said, adding how it was great to see everyone pull together. “I now know we can handle a tragedy like this. It was certainly a challenge, but our community persevered.”