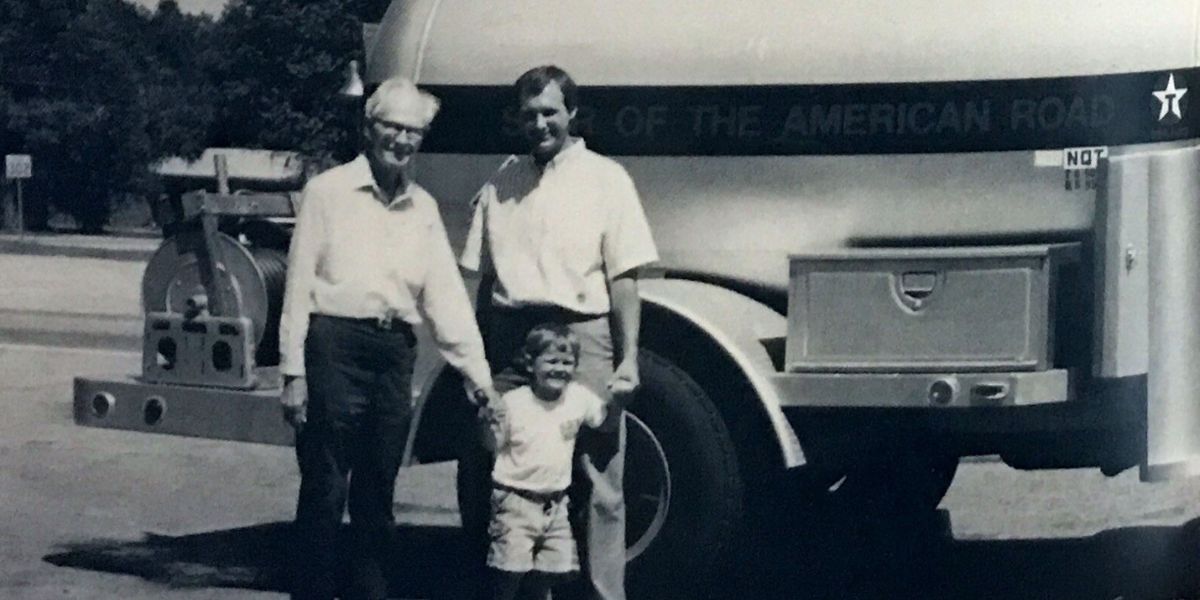 What's the oldest family business in Lexington County? An IGA, of course!

Shumpert’s IGA in Pelion, South Carolina is a fourth-generation grocer that will be celebrating its 130th anniversary this year. Currently owned by Daniel Frank Shumpert III, who is commonly known as Mr. Frank, the original store was founded by his grandfather Daniel Franklin Shumpert Sr. in 1892 in Rishton, South Carolina.

What has made this store stand the test of time? From its quality beef and produce—the store maintains a network with several local farms—to its Hometown Proud community dedication, Shumpert's IGA is a South Carolina institution that continues to adapt with the times.

The original store was started in 1892 as a 500 square-foot building located three miles west of what would become Pelion. The post office was also located inside, and Shumpert Sr. sold a variety of things, mainly using a barter system.

Shumpert Sr. would make a two-day trip to Columbia, South Carolina by mule wagon to pick up supplies for his store.

“We've been around to see the changes that have taken place and because my forefathers adapted, we've been able to adapt and we understand the importance of that,” Mr. Frank said.

A photo of Main Street in Pelion, South Carolina in the early 1900s.

Shumpert Sr. moved the store to Pelion after the railroads opened to make getting inventory easier. The second store was much larger at 2,000 square feet. He sold a variety of items including dry goods, furniture, stoves, cradles, caskets, and farming equipment. However, he lost the store in a fire in 1928.

Shumpert Sr. rebuilt a 5,000-square foot store made of brick in 1929, adding a gas station that kept everyone quite busy, including Mr. Frank, who by then was working at the store as a young boy along with his father, D.F. Shumpert Jr. who eventually took over the business in 1937.

The gas station, affiliated with Texaco, would deliver gas to the farmers around the entire area. Their gas business eventually led to Mr. Frank serving as the president of the South Carolina Petroleum Marketers Association.

Mr. Frank took over the business following his father's death in 1998.

Over the years, the store expanded inventory by selling washers, dryers, guns, hardware, and more. Today, Shumpert’s IGA is solely in the grocery business following its latest expansion.

Mr. Frank had always wanted to become an IGA member, however, his previous store size didn’t meet the requirements. But as business continued to thrive, Mr. Frank eyed an expansion. 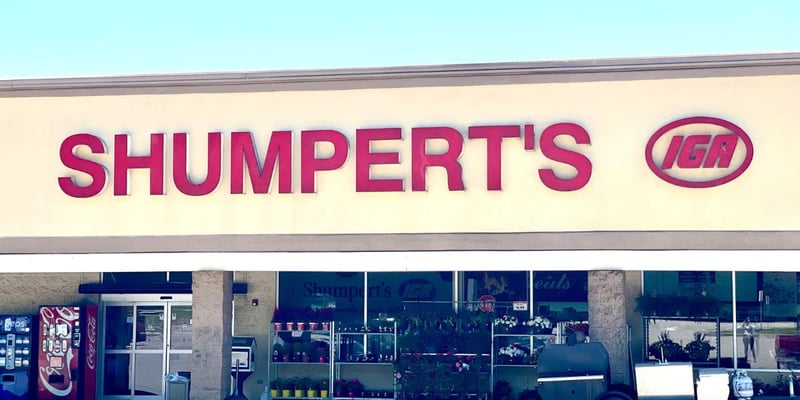 Although he left the hardware business behind when moving to the new location in 2004, Mr. Frank added a 6,000 square-foot One Dollar section to bring the best value items to his customers. In today's value-driven marketplace, the One Dollar section still allows Shumpert’s IGA to remain competitive with the larger chains around him, despite the prices in that section going up a bit closer to $1.40.

Another deal happens every Tuesday in the form of Family Night. For $20, the store fills a Shumpert’s IGA Family Meal Bag with all the ingredients necessary for a family of four.

“It's been amazing,” said Assistant Manager and Mr. Frank’s daughter Melissa Behles, who runs the program. “I've had a lot of people just reach out and say how thankful they are to have one night where they don't have to think about what to cook or how to cook it.”

As a single store operator, Mr. Frank emphasized the importance of setting themselves apart from the larger retailers around them. The community relationship and its ties to local product help Shumpert’s IGA achieve this.

“We're in a rural area, and IGA in the state of South Carolina is known for its quality and its Hometown Proud tradition. We have a couple of other brands that we work with—Certified Angus Beef being one—and we're very big into locally grown produce.”

Part of the Community

When asked what the secret to the longevity to his stores has been, Mr. Frank said the employees and the shoppers.

“We understand it's not our store; it belongs to the community. And we've had generations (we call them family members) that have worked in the store,” Mr. Frank said.

The store parking lot serves as host to community events regularly. From Christmas donation drives to barbecues, movie nights to pumpkin paintings, the small-town grocer has become a hub for all events.

And it's not just the store serving the community. Mr. Frank is currently serving his second term as the mayor of Pelion. Prior to his mayoral role, he served on the Lexington School Board for 13 years. He says his grocery store experience has only helped him better understand the community he serves as a mayor.

“As far as being mayor, I see my customers, I know who they are. My people are blue collar workers. Some of them work two jobs to provide food on the table. I'm not mayor because I want to be mayor. I ran for mayor because I was needed. I want to make the town better than I found it. If the town’s in better shape than it was when I went in, then I did a good job.”

With such a long history in the community and a willingness to try new programs to help his shoppers, it's no surprise Mr. Frank was named IGA's International Retailer of the Year in 2011 and the store has achieved IGA Five Star status multiple times. 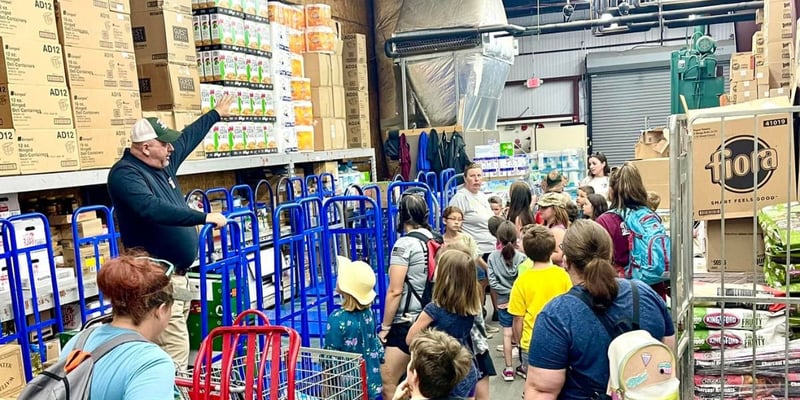 Shumpert's IGA gives a behind the scenes tour for the local students.

Shumpert’s IGA is working with their wholesaler, MDI, to renovate the store for its 130th anniversary. This will include a new paint job and changing the décor package, which will also incorporate pictures of the old store. Following this, they will pick an official day to celebrate.

“[Working in grocery] defined us as individuals for responsibilities and working with others and with customer relations. From a young age and growing up, I learned the value of a dollar versus the other kids who didn’t understand it,” said Daniel Shumpert, Mr. Frank’s son. 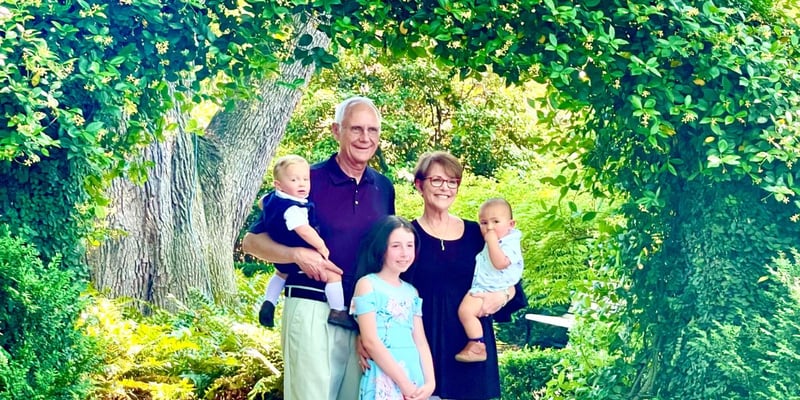 Stay tuned to The IGA Minute for a recap of the Shumpert's IGA 130th anniversary celebration.