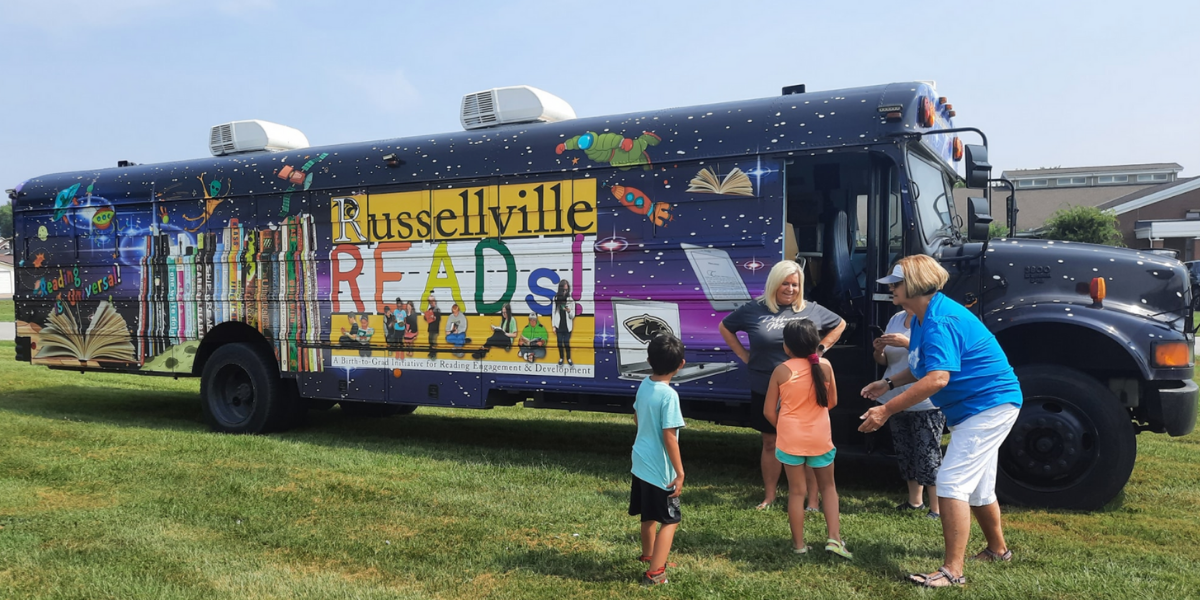 For the past several years, Price Less IGA Store Manager Kim Nolan has helped facilitate donations to the nonprofit Stuff The Bus Kentucky ahead of the back-to-school season. As a charity close to her heart, Nolan and Russellville’s Price Less IGA originally started contributing school supplies to Stuff the Bus, but have since expanded efforts to include annual monetary donations.

The past two years have eclipsed even her expectations. Despite COVID-19 setbacks, Price Less IGA outpaced their 2020 goal for a total of $14,000 by the end of the summer. This year, Nolan bumped the goal up to $15,000, and planned a series of store pop-up events throughout July that tipped the balance over the top to $15,289 on July 31.

How did she do it? For starters, Nolan has made Price Less IGA fundraising for Stuff The Bus a year-round endeavor that involves patience, persistence, and partners like local AM radio station WRUS. Once Christmas ended, change collection cups appeared at the store checkouts, raising $1,200 by June 30.

Then on July 1, Stuff the Bus kicked off its annual Summer of Giving initiative, a month-long campaign where stores across 10 Kentucky counties sponsor various local events to bring in extra funds. As Nolan’s efforts have shown, the communities in which these stores operate play an integral role in supporting and encouraging Stuff The Bus July contributions, in large part because each community’s efforts directly support schools in the county or town it calls home. 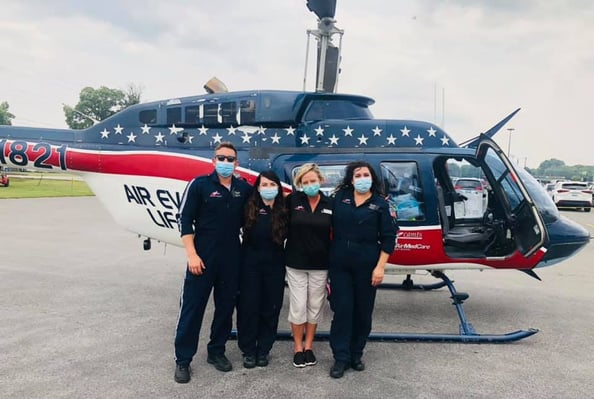 As 100 percent of Stuff The Bus donations go to local students for the first day of school, Price Less IGA’s contributions directly benefit the Russellville Independent School District and Logan County Schools, both of which have their students’ supplies for 2021 fully covered. The Stuff The Bus 2021 Summer of Giving was supported by numerous other IGA stores across the state, including Houchens and Crossroad IGA locations from Bowling Green to Burkesville.

Price Less IGA in Russellville boosted their efforts with pop-up events, including a bake sale and parking lot celebration. While they don't have an onsite bakery, the store’s customers stepped up and produced homemade goods for the weekend bake sale in mid-July. Nolan noted one regular who went all-out for the occasion. “Miss Dot from the community brought six or eight pies,” she says. Advertising was modest yet effective in spreading awareness, thanks to Facebook and added support from WRUS-AM radio.

As part of the culmination of July collection efforts, Nolan organized a party for the final day of the month. Outside the Russellville store, principals and administrators from the local school district put the fun in fundraising by volunteering in the dunk tank and encouraging students and families to soak school leadership. The party also included a salute to EMS with the local fire department, police, and search and rescue teams on hand. They provided hotdogs and snacks for the little ones, and Nolan worked with Camp Joy of Brownsville, Kentucky to bring in a foam bubble machine. Prior to the party, annual donations totaled just over $12,000. Thanks to the success of Nolan’s one-day push to bring community together in support of its students, they raised roughly an additional $3,000 for that grand total of $15,289. 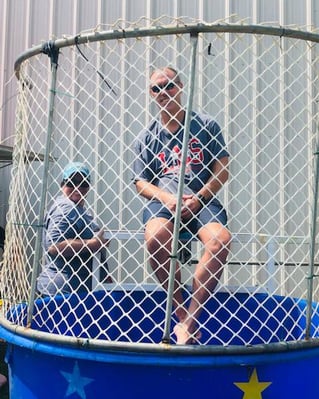 While Nolan surpassed her 2021 fundraising goal of $15,000, her work doesn’t stop on August 1: between August and November, additional fundraising goes toward a Stuff the Bus turkey drop with Price Less IGA contributions covering all the fixings to complement Stuff The Bus turkey donations. From Thanksgiving to Christmas, the checkout cups are still pulling in change that goes toward angel tree gift lists at the local hospital. Starting with a change cup and outpacing her end goals, Kim Nolan has shown a little can add up and make a substantial impact in the community. Besides, summer is short enough, and less shopping for supplies means more time for barbecues and sunshine.