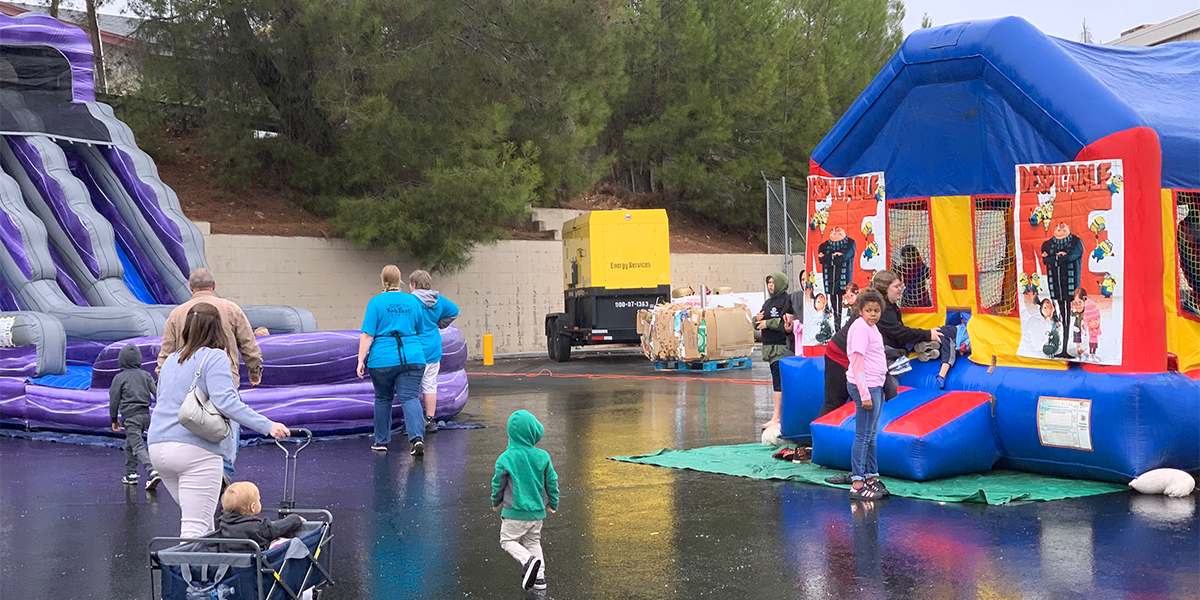 Like the vast majority of IGA stores, Foods Etc. IGA in Clearlake, California is a family-run business. So for store owner Dennis Darling and his son-in-law and COO Andrew Pierson, it's a natural fit to dedicate a day each year to celebrate kids and families. For about the past 10 years, the store has hosted its annual KidsFest each fall, with this year’s event taking place on Saturday, October 19 from 10 a.m. to 1 p.m.

Set up in the store parking lot, the event was chock full of family fun: bounce houses, games, a cookie decorating station, face painting, live music, free t-shirts, and free food. Games like a bean bag toss and bowling featured prizes for the winners. Store staff cooked up hot dogs and gave out apple slices and other snacks. “We make sure everything’s free. It’s our way to give back to the families who support our business,” said Pierson.

The store relies on its vendor partners to contribute to KidsFest and allows Foods Etc. to keep everything free for the families who come. The main organizing duties are handled by Darling’s daughter Kori Pierson, who’s married to Andrew. (Together they are parents to three young boys, which gives them some insight on kid-friendly programming.) Each year, Kori reaches out to vendors to ask for their support through food donations, help running the games, setting up tents and canopies, and other contributions. 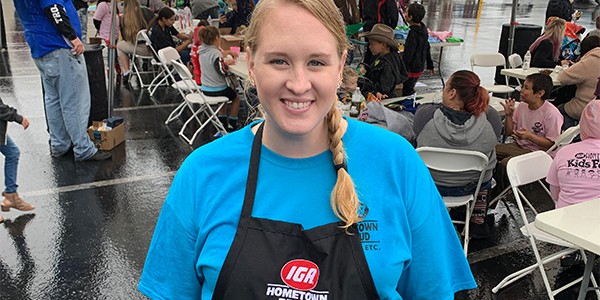 And while this year’s event encountered some rain, the drizzle didn’t dampen the turnout. “Everyone who came had a great time. It’s always a little different each year, depending on what we get from vendors. Whatever’s new, we try to make it a big deal,” Pierson said. Every year, there are also representatives from the fire and police departments, who open up a fire truck and police cruiser for kids to get a first-hand look.

Another big component of KidsFest is a raffle, and this year’s prize was a bicycle. Tickets sold for $1 each, five for $4, and ten for $7. The store matches the money that was brought in and donates the total to a local charity or organization each year. This year the event raised $550 for the local school district.

In addition to traditional marketing channels, like social media and radio spots, Foods Etc. teams up with local schools to recruit student helpers who volunteer to run the games and dress up as characters. Kori also fills folders with KidsFest fliers and distributes them at the schools to promote the event in the weeks leading up to it. The end result? A community-centered event that’s become a well-run and eagerly anticipated mainstay. While the store sees an uptick in shoppers during KidsFest as well, Andrew Pierson is quick to point out that’s not the goal of the event. “It’s a great way to give back,” he said. “We always get tons of praise, and people talking about how much fun they had. That’s really rewarding and feels great.”