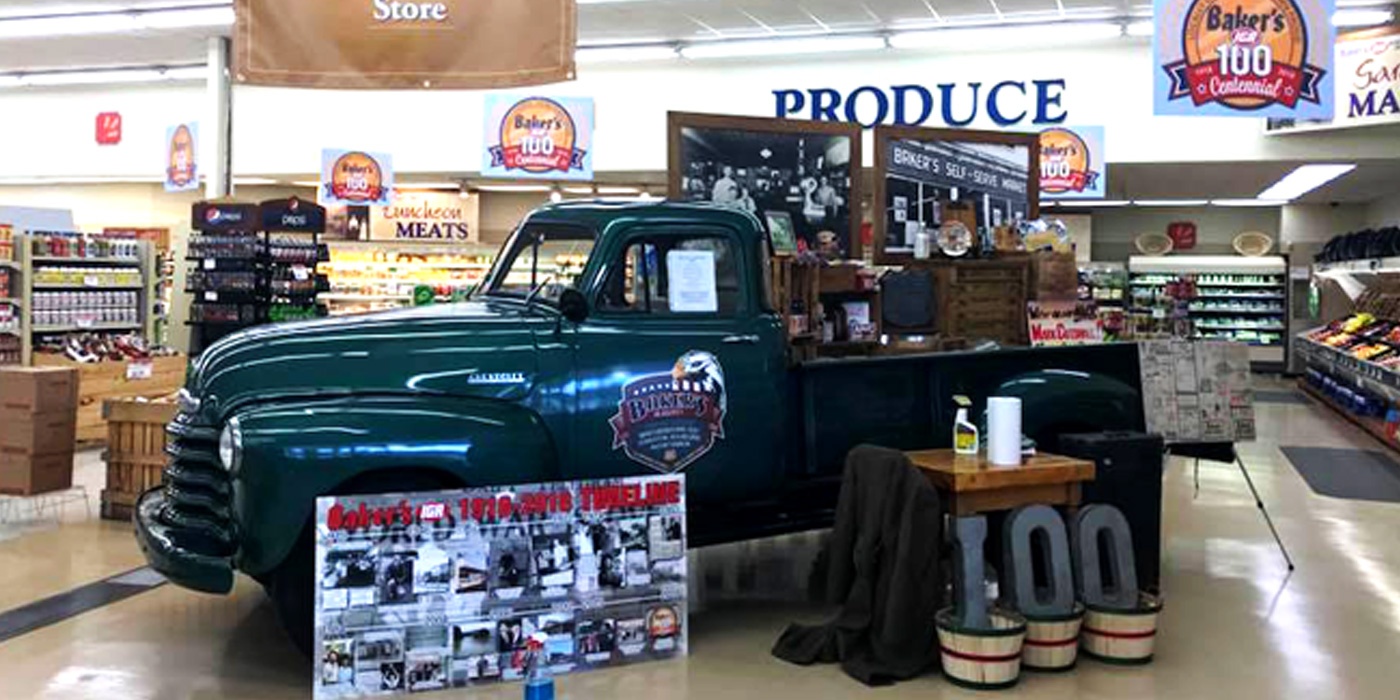 Celebrating a Century of Success

A Century of Service

Winning the IGA USA International Retailer Award is prestigious enough on its own. Winning it on the 100th anniversary of your family-owned business is an IGA first, and admittedly “a pretty big deal” for Gary Baker and Terrie Baker, owner/operators of Baker’s IGA.The five-store supermarket group based in Newcomerstown, Ohio, grew from single grocery store in Dennison, Ohio, opened in 1918 by Gary’s grandfather, E. L. “Pop” Baker.  It would be nearly 30 years before Gary’s father, Lewis “Eddie” Baker, returned home from World War II and opened the next family store in Freeport, Ohio. Gary joined the business in 1974 with the purchase of a former Kroger store in Newcomerstown, Ohio, and his wife, Terrie, joined her husband in the business in 1978. The couple took over the reins fully in 1983 when Gary’s dad retired and sold the business to them. 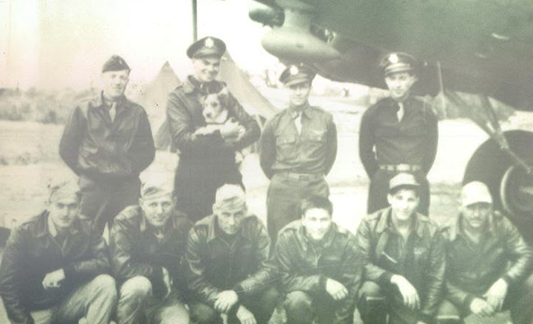 When Gary’s father Ed Baker was a Master Sergeant in the USAAF and a Top Turret Gunner on a B-17 Flying Fortress. He was a German Prisoner of War for 20 months from September of 1943 until April of 1945. Eddie Baker is 2nd from the left bottom row!

A Legacy Worth Celebrating

As a third generation retailing family, Gary and Terrie understand the importance of celebrating the people who laid the foundation for their success.

“When Dad passed away I promised myself I would commemorate his life from time to time,” Gary said. “Revisiting our history helps us keep the spirit he instilled in this business alive.”

And it’s that spirit the Bakers honored this April, when they kicked off their centennial celebration with an oral history of business milestones told by an actor and storyteller portraying Eddie Baker. The community packed the house for four performances at a local museum (complete with a “set” replicating the store that opened in 1918), and the colorful presentation will be repeated at the annual company picnic in September and in October in Freeport, Gary’s dad’s hometown.

A prominent part of the ongoing celebration is a 1953 Chevy pick-up truck—just like the one Eddie Baker used to drive. The truck, named Eddie after the three generations of Baker grocers who all have either the first or middle name Edwin, was displayed at the Coshocton store, surrounded by artifacts ranging from Eddie Baker’s World War II memorabilia to an old meat cleaver. The display attracted so much customer attention that Gary needed to type up an information sheet for employees to field all the questions. “The display reminds people that it takes a lot of work for a business to make it through 100 years,” said Gary.

Now the truck is on tour, starring in parades and festivals near where Baker’s IGA stores are located. The tour will conclude with a Christmas parade in Newcomerstown, where Gary and Terrie—known throughout the area for giving back to the communities they serve—will act as grand marshals of the parade.

Baker’s IGA, which wrapped up two weeks of sales promotions tied to the anniversary on May 15, also celebrated by co-hosting a golf tournament with the Newcomerstown Chamber of Commerce in July. 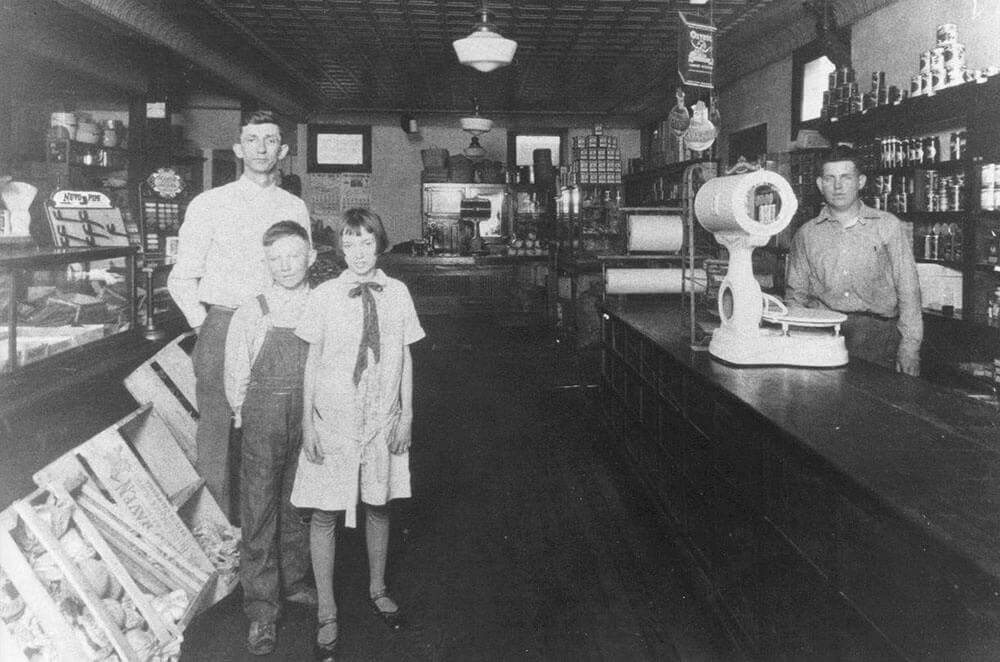 When Baker’s was founded in 1918 by Gary’s Grandfather E. L. “Pop” Baker! It all started at a building on the corner of Jewett & Miller Avenue in Dennison, Ohio. #Bakers100

Terrie Baker, vice president and CFO, attributes much of their success to the IGA brand, which they adopted in 2004.  “We always had many of the values of IGA, but it wasn’t until we became IGA that customers understood it. The strength of the brand—Hometown Proud, community service, treating people like family—it helped customers understand who we are.”

Terrie, who also serves as the human resources director, points to IGA’s Way to Care employee training program as key. “It helped us identify exceptional behaviors and do a better job, [for example], walking customers to the product and engaging them in conversation, asking how they are going to use the product. It helped us take customer service up another notch.”

Employees have embraced the shopper experience program too, said Terrie, recounting how a produce manager told her, “This is helping me love my job.”

Their success and biggest point of difference for shoppers always comes back to customer service, said Gary. “When you’re in our store, you’re not just a nameless person walking up and down the aisle, you’re someone from our community that we care about.”

That kind of genuine caring also is their biggest strength as an employer, said Terrie. “They’re part of our family. We try to get them connected so they feel like they are part of a company that’s 100 years old.”

That’s probably not surprising coming from someone who has brought her training in pastoral care—she has a Master of Divinity as well as an MBA—to the business. “Listening and caring for people is at the core of what we do, so I’ve filtered my MBA through that lens.”

It’s all the relationships they’ve built with employees, vendors and the community that makes Terrie the proudest, as well as working side by side as equals with Gary for 40 years. “We’re a team, built on love and respect, and that’s why we’ve been so successful.”

“But if there’s one thing we could have done differently,” Gary said, “it would have been to get our MBAs in our 30s instead of our 50s. If we had, we might have taken a few more calculated risks earlier on, we might have tried to grow the business a little larger.” 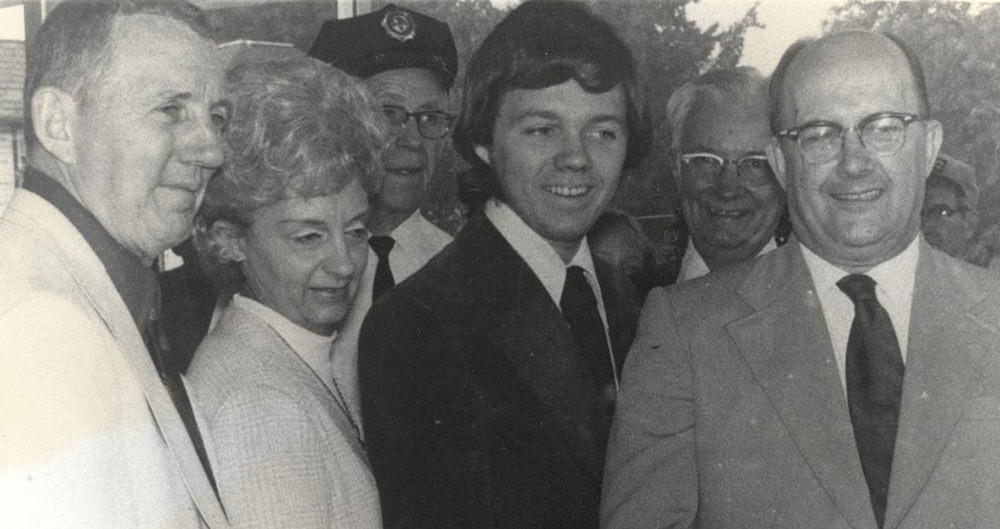 1974 when Gary, Ed and Mary Baker purchased the former Kroger Supermarket in Newcomerstown and reopened it as Baker’s A/G Foods!

At the same time, Gary, Terrie and the entire Baker’s team understand that developing an intimate connection with each community they serve is what keeps people coming back. “We’re a community center; we’re there for people who are looking for something more than a place to buy groceries. We’re here to create a truly local experience,” Gary said. “We know you, your name, where your kids go to school … they feel recognized and get great service. That’s what we strive for.”

Want to learn more about the customer service behaviors that inspire an extraordinary shopping experience? Sign up for IGA Way to Care today

Mark went head to head with Letterman in their own grocery bagging contest—and thoroughly trounced the competition.

The Ballad of Eddie Baker

Bakers IGA Centennial Celebration at The Old Main St. Museum in Newcomerstown ended with a very special song sung by John Nolan, a Cardinal Trucking/AWG delivery driver who has been delivering to Baker’s IGA three days a week for 2 years.

After seeing the centennial display in the Newcomerstown  store, John was moved to write a song chronicling the life of Eddie Baker from his time spent as a WWII POW to his experiences as a husband, father and community leader.

As Gary Baker put it, “John presented the song to us as a gift. This was totally unprompted by anyone in our organization, just an offering from a man who has been accepted as family by our store associates.”