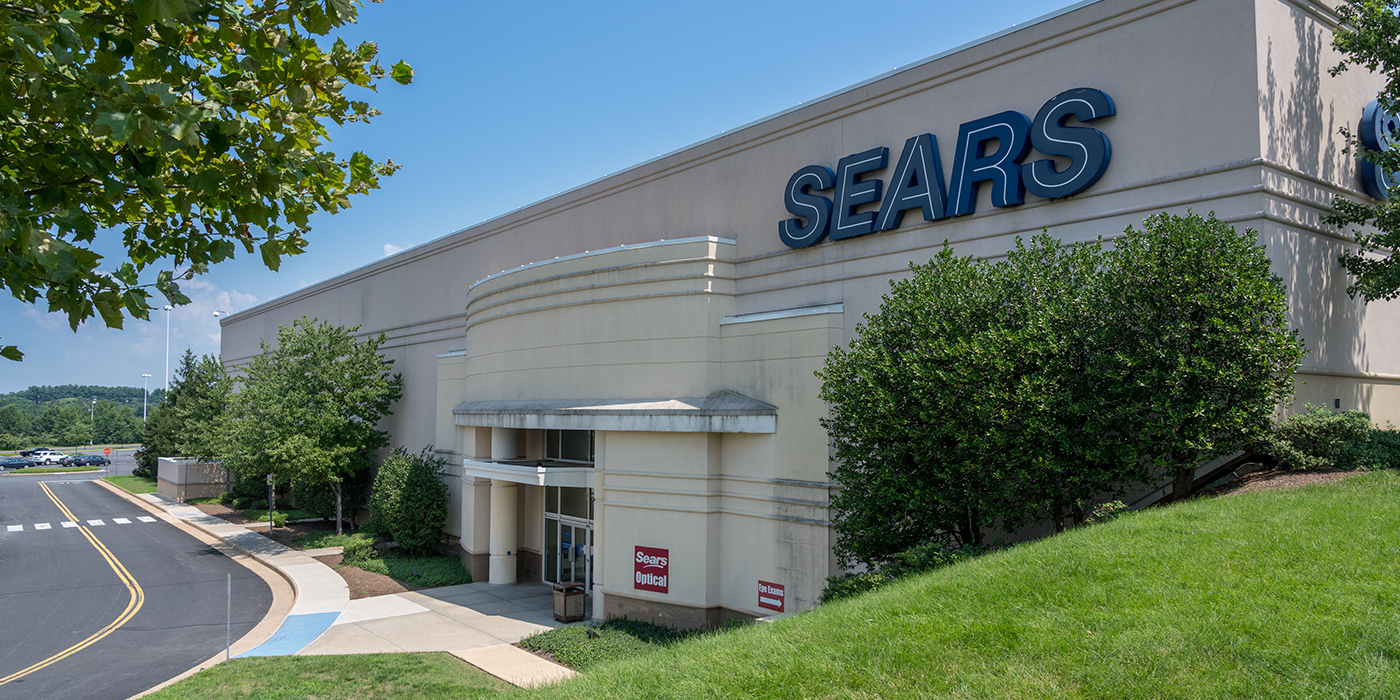 The Sears Story: Destruction of a once iconic retail brand and what it means to IGA

Think back to when you were a kid. If you are my age or older, you can probably remember when the Sears catalog showed up. This enormous full-color, slick-paper, thousand-page “wish book” came in the mail, filled with every conceivable product: hunting and fishing gear, tents, car batteries, paint, wall coverings, firearms, bikes, appliances, clothing, and of course toys—all ready for delivery direct to your home.

For those of you too young to remember, think if Amazon put everything they had to sell in one print catalog. Incredible, right? Well, it was a massive undertaking that paid off for decades. At one point Sears was the largest, most formidable retailer on the planet. Aside from groceries, they sold more products to more people than any brand and any other kind of retailer. And they held that leadership position for decades.

In its heyday, Sears stores sprouted in urban, suburban, and rural locations all over the country. There were Sears catalog stores, Sears automotive centers, and a whole suite of out-of-store services, ranging from roofing, siding, and air conditioners to bath remodeling. In many ways, Sears invented multi-channel retailing long before Amazon, eBay, and Jet.com joined the game.

As it was growing store count, Sears was also diversifying. The Sears credit card—often the very first credit card any American had in their wallet—became the most powerful credit instrument in the business, generating 65 percent or more of Sears’ annual profits. They also moved into insurance with Allstate, and bought Dean-Witter, ushering what many referred to as the “socks and stocks” years.

They dominated in brands, too. Kenmore, Diehard, Craftsman, Garanimals, and so many more were the leading market share private label products. For decades, two out of every three appliances, hand tools, or car batteries sold in America came from one of these brands.

There was a time when Sears seemed invincible, but alas, that time has come and gone. The Chicago-based retailer that once built the tallest building in the world just to handle its headquarters administration has lost over $11 billion in the last eight years, and hasn’t shown a profit since 2010. It has shuttered thousands of stores—including all of those in Chicago—sold off its valuable brands, and now sits at the top of most retail analyst lists as the “next most likely retail failure.”

How could a 100+ year-old venerable brand like Sears go so wrong? What happened to the chain that not only defined modern retailing, but also invented multi-channel distribution, private label branding, and so much more?

That’s an important question to ask for any retailer, but the question has even more power when you work for a venerable brand like IGA.

In both the press and insider retail circles, most people blame Sears' impending downfall on CEO Eddie Lambert. I do too, but to put all the blame on Lambert’s shoulders is naive given Sears’ problems started way before he took the helm.

I competed against Sears in the first part of my career when I worked for an electronics and appliance retailer. Sears was the market share leader in every city we had stores and their Sears credit card was in many more wallets than our branded card. They also had better distribution, local repair and delivery services, and most importantly, Kenmore—an important brand we couldn’t get.

I can remember my first day on the job as marketing lead, where we did a roundtable meeting with store operations, merchandising, and leadership. I hosted the meeting to determine what we could do to compete. Try and imagine it—goofy red head as a newly minted marketing director, asking veteran store managers, district managers, and buyers how they thought we could win against Sears. That meeting was grim.

“Sears has a bigger selection; they can use credit in ways we can’t; they buy better so they can always beat us on price; they do their own repairs; they have Kenmore…” I filled a white board with all of Sears’ advantages. On our side of the board, the advantages were thin: "Well, we are local; we can react faster; we can deliver faster; and our people can be (and mostly are) better trained.”

50 advantages to Sears, four to us. One of the vice presidents asked me at the break what the point of exercise was. “Are you just trying to make everyone feel bad?”

No, just the opposite, really. Because in my eyes, being local was the key. Their size was our advantage; their scale would be their Achilles' heel.

So, we put together a plan. We got Maytag and GE to join with us to fight against Kenmore, started importing LG and other international appliance brands, and built sustained marketing plans around all the brands Sears didn’t have or didn’t care about. We did same-day delivery and monitored their mid-week ads so we could drop our own ad on Sunday and beat every one of Sears’ advertised prices. And we recruited their best people to slowly destroy their customer service scores.

Years later I met the man who ran Sears in the Southeast. When I told him the competitor chain I had worked for, he told me they could never figure out why Sears stores in our markets were losing share, and what was happening to their business. “We were fighting the war nationally, you were fighting like a guerrilla and we just couldn’t react fast enough to what you did,” he told me.

The short of it is, decades before Sears’ new CEO took the company into a disastrous path, the chain had already lost its way. To cut costs they changed the ratio of full- to part-time in their store, then they cut commissions and benefits. Experienced Sears associates lost faith in the chain and fled to other retailers. They began transferring experienced people into departments they didn’t know, asking them to sell car batteries one day, women’s fashion the next. They sold off the credit card to create a huge short-term windfall, but in the process lost a major competitive advantage. And they shut down the catalog, thinking that home delivery was not something that shoppers really wanted.

It's ironic that Sears’ last home-delivered catalog ran in 1993; Amazon was founded in 1994.

But most important was the decision to centralize decision-making. To save money, they cleaned up regional and local management and pulled ad versions back to be more efficient. Financially-focused thinking standardized their assortments, their promotions, their behavior. They became a national chain and lost sight of the local markets and the consumers they were serving.

And it seemed like the more senior management focused elsewhere—insurance, investment services, even an online startup called Prodigy (remember that?)—the less attention was paid to their stores. Associates lost confidence and shoppers began to flee.

Which brings us to now infamous CEO Eddie Lampert. Yale educated, finance whiz kid, Lampert started his own hedge fun in his mid-20s, and once was described as a potential younger successor to Warren Buffet. He put his own investment fund into Sears, bought ailing Kmart, and combined them into what is called “Sears Holding Company,” banking on the idea that two brands would leverage costs and serve shoppers more efficiently.

That didn’t work out so well. In 2016, Lampert was named the most hated CEO in America by Glassdoor, and recently Sears announced that, “…substantial doubt exists related to the company's ability to continue.”

Sears blames Walmart. They blame Amazon. They blame Home Depot and Kohl's. They blame shoppers for shopping online, they blame market conditions, rising minimum wages, the media, the weather, and so much more.

What Have We Learned?

In truth, I say Sears lost its way because it lost touch with its shoppers. It started making decisions that served its bottom line rather than its customers. It traded poor service and out of stocks for centralized control and consolidation. And it pulled decision-making away from local levels into a tower that was filled with leaders who didn’t understand retail. Its current ex-Goldman Sachs CEO is just the most visible example of how retail leaders can get so far out of touch with why they exist in the first place.

What can be learned from Sears’ mistakes that should not be repeated? What opportunities did they miss? And what changes should they have made earlier to stave off this ignoble ending? Sears, like so many failing companies before it, has left behind a blueprint of the biggest mistakes you can make in retail—an invaluable resource for those of us who work for a venerable brand:

They stray into other businesses, or try to diversify and end up losing sight of what they are about in the first place.

It saddens me to see once venerable brands like Sears stumble. But the lessons for us here are clear: stay close to our shoppers, serve them with respect, treat our associates as family, and we will prevail.

IGA owners know this. We live it each day. On the floor, dealing with shoppers, we are in the service business. We are humble in the face of our shoppers’ needs. If they want something we don’t have, we get it for them. If they are unhappy, we refund them. If they are too old to shop anymore, we find a way to get groceries to them. And if our community needs something, we bend and twist and help any way we can, from staying open after storms, floods, and fires, to donating to local charities.

Often IGA owners are the significant leaders in their communities, sometimes even the mayors of their towns. We are the very opposite of what a big, anonymous, finance-focused national retailer can be, and that is one very big advantage. Some would say the only one we need.

These Stories on Blog

Predicting the Future of Grocery