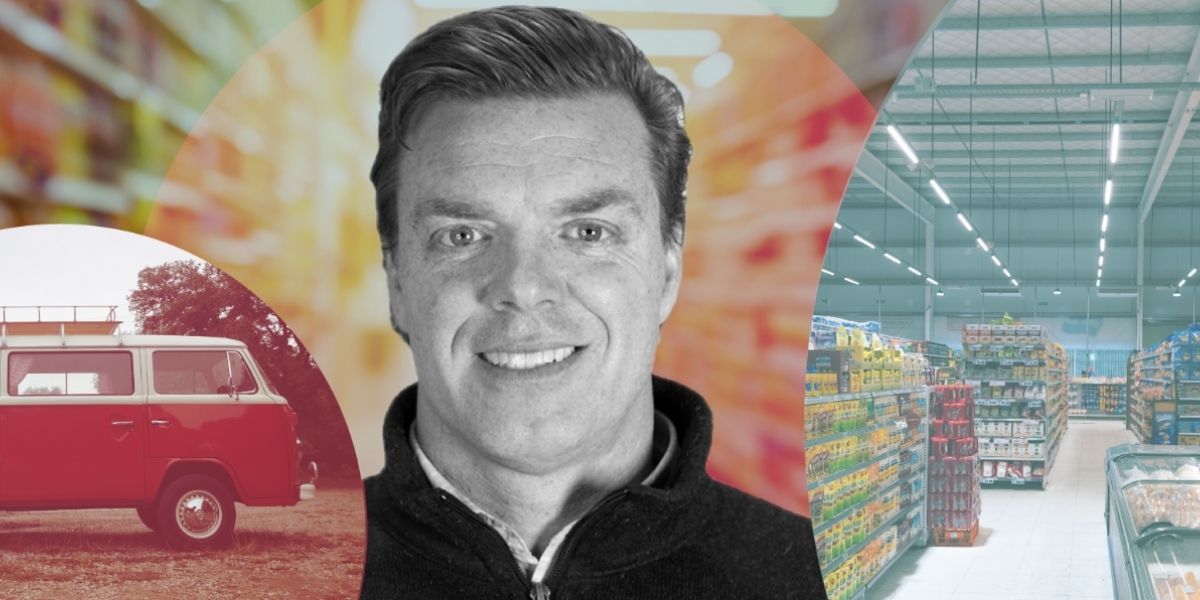 From the Desk of | Sustainability |
6 min read

Your Grocery Store is Not Your Car

When I found out my car needed a new air conditioner motor, I decided not to do anything about it right away, as it was quite expensive to replace. And since I live in Maine, I figured I could live without it. Several months later, I found out I needed new shocks and struts too. The real issue is my car is getting old, and I’m starting to wonder how much life is still left in it. I did have to invest $750 toward repairs in each of the last two years, but it’s still getting me where I need to go. The good news about the AC unit and the shocks and struts is that neither are costing me anything as I limp along to the end of this vehicle’s useful life.

My current car issues may seem like an odd way to introduce store-level sustainability in the grocery sector, but I think this metaphor provides a unique perspective on the subject of food retail and sustainability. Each day I limp along in my old VW, I’m reminded of a conversation I had with the director of a state grocery association. I had been lamenting the lack of follow-through from a group of independent grocery store owners for whom I had just provided energy audits. Having found some great cost saving opportunities for this cohort of stores, I was disappointed their response was somewhat disinterested, with no real sense of urgency—it seemed like something they might get around to someday. “Well, you have to understand,” the director said to me, “these guys like to limp along and fix things only when they really need to. They’re dealing with so many other things that unless it’s a total necessity, replacing inefficient equipment isn’t something they are going to address.”

I replied, “Yeah, but…their grocery store is not their car!”

I described to the director how replacing things only when I absolutely need to is how I maintain my car. He laughed and confirmed the similarity. “But I don’t make a profit with my car,” I continued. While my minor vehicle issues are not “costing” me anything, minor inefficiencies at a grocery store do have a drastic effect on a retailer’s bottom line.

Being Efficient Improves Margins—And Is Easier than Increasing Sales

“Reduce costs, reduce costs, reduce costs” has been a mantra of food retailers for years. I frequently hear from industry professionals that it’s always easier to reduce costs than increase sales. Grocery stores use so much energy and the flow of materials through their doors is so great that the variety and sheer number of ways to reduce costs can appear overwhelming, making it a challenge to prioritize changes without solid quantitative data. If we don’t know how much each inefficiency actually costs us, we will likely limp along until something drastic happens.

When efficient practices and equipment are in place, however, a ratchet effect occurs, allowing retailers to maximize bottom line profits. The ratchet is the multiplying benefit that efficiency has on profit. Since energy bills are paid out of gross profits, and a store must sell many dollars’ worth of product to produce one dollar of gross profit, the benefit of energy use reductions is multiplied. A study by the EPA in partnership with the grocer Food Lion determined that a $1 decrease in electrical costs in the retail context has the same bottom-line impact as $18 in sales revenue—a major ratchet effect.

Retailers across the country, from independents to regional and national chains, can identify where inefficiencies are occurring, yet most still don’t have the tools to quantify the benefits of efficiency, or the cost of inefficiency, beyond the financials of paying to fix it.

So, What Does Inefficiency Cost?

Common inefficiencies that retailers tend to limp along with include things like outdated lighting, freezer doors that are leaking or frequently left open, and aging evaporator fans. Quantifying these issues can be eye-opening. If we apply a conservative $3–5 per day cost to a common inefficiency such as a leaky gasket on a walk-in freezer, the annual cost of $1,460 still seems non-urgent. A typical reaction we get from grocery store owners and managers when we show them a leaky door is crossed arms, a “so what?” attitude, and a response of “I don’t have time to worry about a $1,400 issue.”

By deferring to the “car context,” retailers convince themselves that it’s better to continue limping along and deal with more pressing matters. But this approach has a drastic effect on profitability when compared to the impact of top end sales.

Here’s how: An efficient freezer door saves around $1,460 per year when compared to a leaky one. But efficiency gains should not be compared to sales in a 1:1 ratio. Rather, $1,460 in reduced costs is equivalent to $26,280 in grocery sales. Basically, to pay the electric bill, retailers must first buy and then resell a large quantity of groceries. The profit from those grocery sales covers the cost of the bill. If you only made a dollar by reducing costs by a dollar, energy efficiency as a strategy would not be particularly compelling. But that’s not how energy efficiency works; we know there is a much larger financial benefit to being energy efficient.

For this reason, energy efficiency has become a massive priority for businesses that use a lot of electricity. Each industry has its own sales equivalent ratio, but no category of commercial business uses more energy per square foot than food retail.

Because the ratchet effect on top end sales is so dramatic in food retail (at 18:1), the opportunity to maximize profits through energy efficiency is so much larger for food retail compared to other industries. It is much more effective—and profitable—strategy than just limping along.

When we at Ratio Institute frame the issue this way, the reaction from store owners and managers typically changes from crossed arms and skepticism to curiosity. We also discuss how if $1 in reduced costs is worth $18, then the inverse is also true. That is, $1 in added electrical costs due to an inefficiency requires $18 in sales to recoup additional expense.

Understanding the impacts at the scale of an entire chain makes this way of thinking even more compelling. A savings of $1,460 for each location in a 200-store chain becomes the equivalent of $5.2 million in sales. It is so much easier to ensure that each store has one efficient walk-in freezer door than it is to increase sales by $5.2 million.

After performing hundreds of audits across the country, Ratio Institute can find $15,000 of EASY cost reductions at almost any grocery store in just 15 minutes. This $15,000 reduction in annual costs is equal to $270,000 in sales. In other words, a cost savings of $15,000 is equivalent to the value of increasing sales by over a quarter of a million dollars. This is a huge economic opportunity for businesses that, on average, have a 1.8% profit margin.

Several years ago, after conducting 20+ store audits for a 400-store chain, I presented our findings to the chain’s senior leadership team. The president of the company had a bewildered look on his face when I began linking inefficiencies with the need to increase sales to cover these “added” costs. He asked his CFO if he understood the numbers behind the economics of efficiency that I was discussing. The CFO stammered that he knew there was a benefit to being more energy efficient, he just didn’t specifically know what it was.

The CFO’s response concerned me because I realized that if this major food retail company didn’t have more than an anecdotal understanding of energy efficiency, then it’s likely that most others in the industry don’t know how to account for the value of efficiency. This is concerning because the food retail industry uses more energy per square foot than any other business sector and survives on a single digit profit margin. Understanding how to quantify economic opportunities that can reduce costs is a big challenge when it is so easy to decide to put them off and limp along. Quantifying ways to reduce costs has other advantages as well: It can indicate ways engage employees in efficiency projects and help prepare a food retail business for how to report these improvements to stakeholders.

Grocery store owners and managers have a lot on their plates these days, but gaining a new perspective on energy efficiency will allow grocery businesses to stop limping along, make the most of their sales revenue, and be more profitable.

Ready to get started and become more sustainable and profitable? Start the sustainability certification process here.

Learn about the certification process and the value sustainable practices will bring to your store during How Sustainable Practices Maximize Revenue For Independent Grocers, a webinar with IGA CEO John Ross and Ratio Institute's Peter Cooke on July 25 at 12:00 p.m. Eastern.

Previous Story
← How Rising Inflation Is Impacting Independent Grocery
Next Story
Are You Eligible For The Employee Retention Credit? →

The New Marketing Metric You Need To Know

Why Are Food Prices Still Rising? Look No Further Than Fertilizer